Boris Johnson has always had a playful relationship with power. During his time at university, it is said that the conservative politician pretended to be a member of the Labour Party in order to have better chances in the student union. As a journalist, he had a penchant for criticizing EU laws that didn't even exist. And when the world was recently left scratching its head over how Britain could have voted to leave the EU, the leader of the Brexit camp unceremoniously dismissed the historical vote by 17 million Brits as a non-event. For now, the former London mayor concluded, "nothing will change over the short term."

The success of political gambler Johnson represents a defeat not only for supporters of the European Union in Britain, but also for those who believe in direct democracy. Even here in Germany, citizens initiatives along with a broad spectrum of political parties -- from the conservative Christian Social Union to the Green Party -- have supported the idea of holding the greatest possible number of referendums as an antidote to the crisis in Western parliamentarianism. The hope is that calling voters to the polls will not only bring about the purest possible expression of the electorate's preference, but also that it will provide clarity on issues of importance and create the foundation for a new societal consensus on the strength of a majority vote. The idea is that more votes translate into more democracy.

Rarely, though, have the limitations of plebiscites been shown so clearly as in the British vote. Not because most experts believe the result to be misguided. Voters have the undeniable right to value the supposed advantages of increased sovereignty over the obvious economic and political disadvantages.

But the British referendum was a disaster because it failed to achieve just about every single overarching goal. Rather than provide clarification, the vote has instead caused confusion: Indeed, not even the exit from Brexit can be ruled out. Furthermore, far from pacifying the country, the referendum has created new rifts: between old and young, London and the provinces, the English and the Scottish. In the end, further referenda may follow, with the result that the once powerful United Kingdom could be transformed into a loose alliance of marginalized mini-states.

Ultimately, the vote was not about the stronger arguments for or against Europe. At its core was a cynical power struggle between two Tory politicians, both of whom ultimately lost. First, Prime Minister David Cameron announced his resignation immediately following the referendum. Then, his rival Johnson announced he would not seek to become his successor. Before that, Johnson had led an anti-Europe campaign so dirty that even a supporter of referenda like historian Timothy Garton Ash said that "the scale of mendacity and manipulation in this referendum has been breathtaking."

Still, as disastrous as the result has been, the British vote does not prove that there is no place in modern democracy for plebiscites. Referenda can make sense if they are for local initiatives or on issues in which a sufficient number of voters have become engaged prior to the vote. But those who believe that referenda can somehow repair or even replace representative democracy are making a big mistake. Sometimes referenda make everything worse.

In Britain, the Brexit vote has laid the groundwork for a conflict between direct and indirect democracy because parliament, the majority of which is pro-EU, could refuse to implement the will of the people. The idea of referendums is also often abused elsewhere in Europe as well. Take Hungary, for example, where Prime Minister Viktor Orbán soon wants to allow his people to vote in a referendum aimed at rejecting an EU Commission plan to resettle refugees across EU member states.

The lessons from the British referendum disaster are clear: It's not more direct democracy that the EU needs. Rather, it is finally time to implement the long-discussed reforms of European institutions in Brussels. The next British government must strictly implement the referendum result if it doesn't want to transform the principle of democracy into a joke. At the same time, defenders of direct democracy should also understand that the instrument they champion is a limited one. In our complex 21st century world, there is no getting around the need to transfer political responsibility for core issues to elected representatives.

It is then vital that those elected representatives are subject to effective checks and balances. As Thomas Jefferson, one of the founding fathers of the United States, once said: "When the people fear the government, there is tyranny. When governments fear the people, there is liberty." 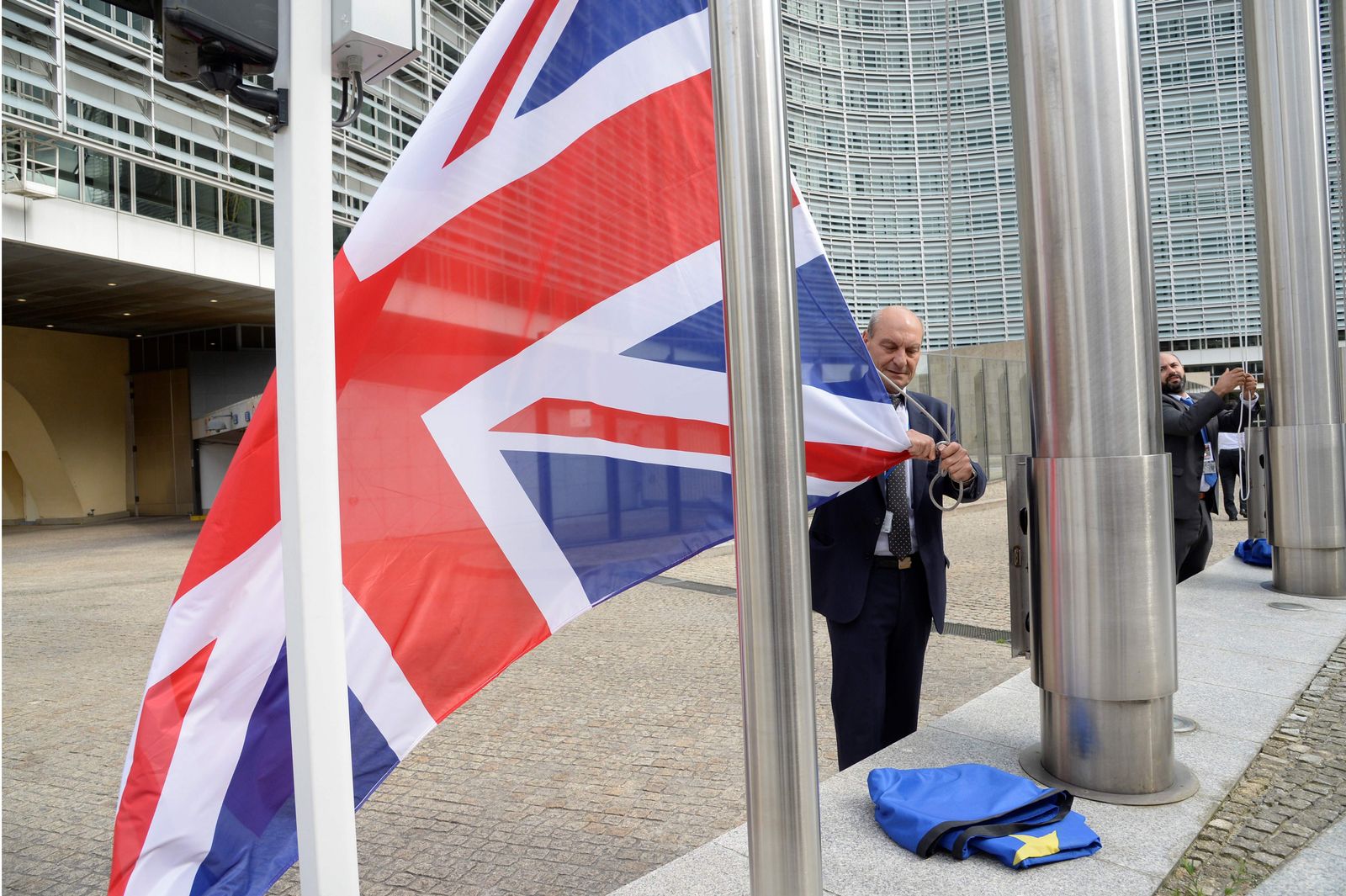 The British flag is removed at the end of a summit at the European Commission headquarters in Brussels.