The British don't just live on an island in a geographical sense -- it's also part of their mentality. But when it comes to Brexit these days, that island seems like it's on a different planet.

Britain's Brexit secretary David Davis said in January that the United Kingdom wanted to have "the exact same benefits" after its departure as it did before. It is a comment that Labour leader Jeremy Corbyn hasn't forgotten. If the UK isn't as well positioned with the EU on trade and customs as it was before Brexit, his party won't approve the Brexit deal, he told parliament on Wednesday.

If Corbyn means this seriously -- his parliamentary group, after all, approved the motion for Brexit -- it suggests that he has lost touch with reality. The EU position -- backed by the European Commission, the European Parliament and EU member states -- has been crystal clear for months: Following Brexit, the UK cannot end up in a better situation than EU members, if only to avoid giving EU-skeptics in other countries a boost.

And it seems likely it won't, because Theresa May finds herself in a position that could hardly be weaker. In less than two years, the Prime Minister must lead the highly complicated negotiations to a successful conclusion -- a task which is, to put it mildly, rather ambitious. It's made even more complicated by the fact that she must fight on multiple fronts: Scotland, Northern Ireland, Brussels, the British economy and domestic British politics. If she doesn't succeed, a so-called "dirty Brexit" looms, the departure from the EU without a trade deal. Were that to happen, British trade with the EU would then be conducted on the basis of WTO rules. For the EU that would be unpleasant; for the UK it would likely be a catastrophe. The British Treasury has predicted that the country's gross domestic product could shrink by 7.5 percent in such a scenario and tax shortfalls would amount to 45 billion pounds.

The pro-Brexit press, however, seems unperturbed. "The EU is on the verge of the abyss," the Daily Telegraph wrote on Wednesday. The growth of populism on the Continent, the strength of the British economy and Europe's terrorism fears, the paper claims, strengthen the UK's odds for a good deal. It argued that May needs to "go all in."

But the British are also afraid of terrorism and are likewise dealing with a rise in populism, as the racist undertones of the Brexit campaign recently proved. Furthermore, the fact that the British economy has not plunged yet is due to a simple truth: Nothing much has changed so far. The UK is still an EU member and it still has access to the common market. Two years from now, however, things will be different.

May knows this too. On Wednesday, she warned "there will be consequences for the UK of leaving the EU." The country would lose influence over the European economic rules to which British companies would have to adhere in the future. It's not for nothing that May's stated goal wasn't the "exact same benefits" but the "best-possible deal."

A section of May's Brexit letter demonstrates the true weakness of her position. If there isn't a deal at the end of the negotiations, the letter to the EU states, the UK wouldn't just be reduced to following WTO rules -- it would "mean our cooperation in the fight against crime and terrorism would be weakened." On this subject, unlike economic issues, disadvantages would be equal for both sides. The danger of terrorism would grow for the UK just as it would for the EU. The fact that May has issued such a threat seems desperate.

Will Brexit negotiations end with a punishment for Britain? It is an impression that will be difficult to avoid in the UK, no matter how fair the deal will be. The EU was demonized in the country for years, allowing EU-skeptic politicians and media to claim that Brexit would allow the UK to regain its lost greatness.

The Brexit deal can only disappoint such expectations. And it seems likely that Brexiteers will seek to portray those shortcomings as an EU effort to punish Britain. Otherwise, after all, they would have to take responsibility themselves. 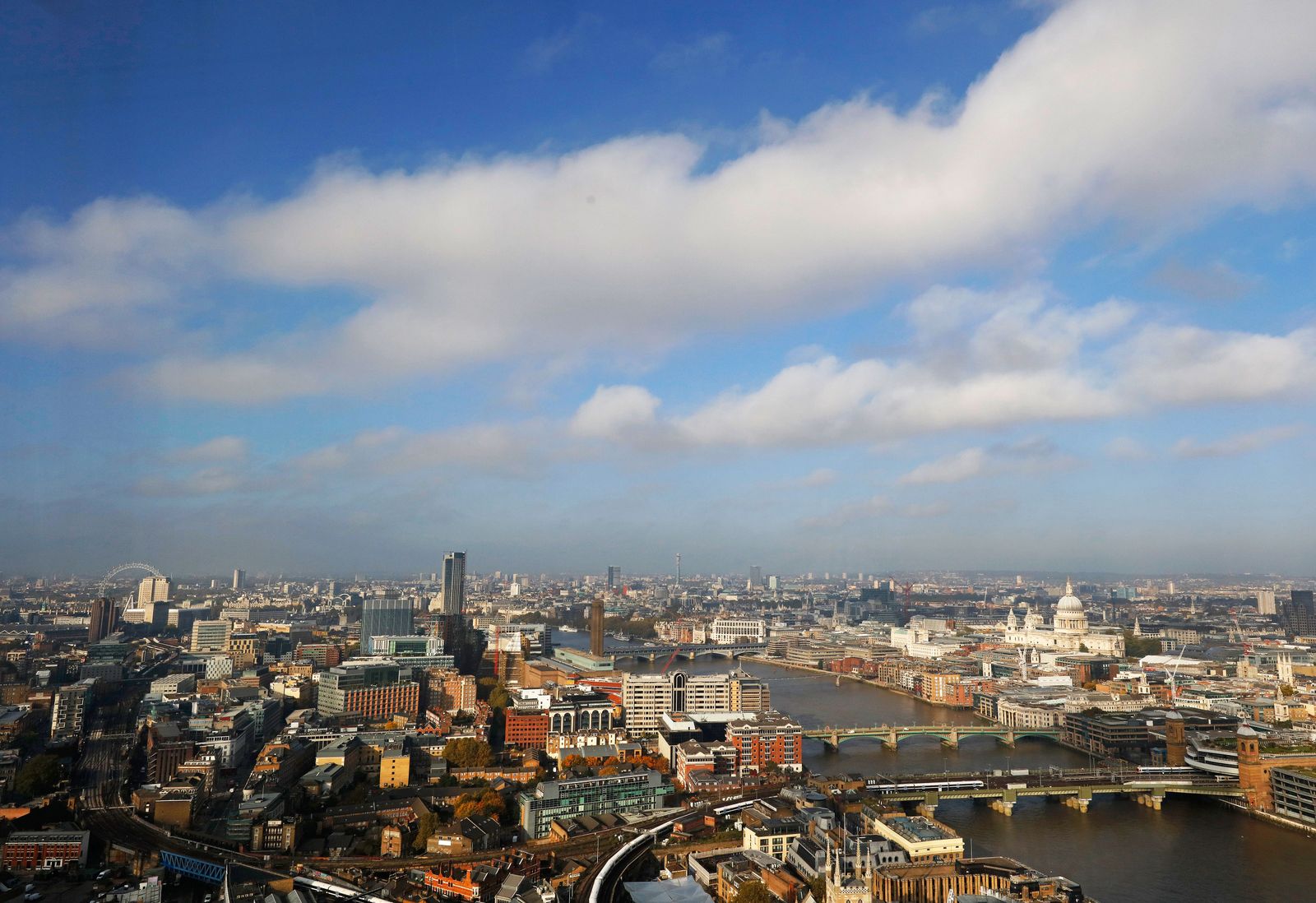 London, as seen from The Shard