Moore: I'm afraid I can't answer that and don't want to guess. Thatcher moved a lot in her career. In the beginning she was strongly in favor of the European Economic Community (EEC) and campaigned to stay in it during the 1975 referendum. But as prime minister she became more hostile to the direction of the project. In her last two or three years in office, she fought hard against what later became the European Union.

Moore: She was fiercely against monetary and economic union and the euro -- and very opposed to political union. She felt Britain would be better off if it kept a distance from all of this.

SPIEGEL ONLINE: The Conservatives today are a largely Euroskeptic party. Was that already the case in 1975 when Thatcher became the party's leader?

Moore: Only a minority was against the EEC. Some preferred our links with the Commonwealth, Australia, New Zealand, Canada and others. But the leading figures in the party were almost all keen on Europe, partly because they believed this was a way of rescuing Britain from economic decline. We had become very pessimistic about the British economy -- France and Germany were doing much better in the 1960s and 1970s. Many Conservatives thought Europe was the future and Britain should be part of it.

SPIEGEL ONLINE: When did the mood change?

Moore: By the late 1980s, Thatcher thought the EC had become too dirigiste. She was also becoming anxious of the changing balance of power on the Continent and thought Europe was a cover for German hegemony. She was against reunification. I personally think she was wrong in her interpretation of German motives.

SPIEGEL ONLINE: Britain was the driving force behind the single market -- did her government not see the benefits of working together more closely? 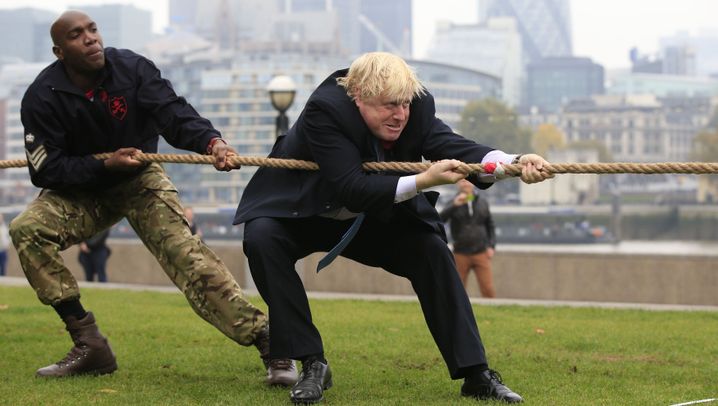 SPIEGEL ONLINE: She never felt comfortable in Brussels, did she?

Moore: She didn't like all the leaders having dinner, drinking wine, making small talk. She used the word "anecdote" as a verb when she spoke about her colleagues from other European states: "There they are, all anecdoting away." At one meeting, she saw the foreign ministers sitting around and having drinks. They were supposed to work. She got absolutely furious and said, "Look at them, we saved all their necks in the war!"

SPIEGEL ONLINE: In 1984, Thatcher negotiated a rebate from the British contribution to the European budget. Why was she so obsessed with money?

Moore: At that time, Britain was still suffering economically, that's part of the explanation. More importantly, British public opinion never really shared the idea of a single European entity. The EU is not a religious belief in this country. We have a transactional view of the European Union, and ask the question: "Are we doing well out of it or not?" This is important for the current debate as well. David Cameron can't say, "The EU is wonderful." He has to say, "We benefit from it."

SPIEGEL ONLINE: On the Continent, Thatcher is remembered as having been the lady shouting, "I want my money back!" What made her so angry?

Moore: For her the EU was the attempt to take power from Britain. She was furious when Jacques Delors, the former president of the Commission, came to Britain in 1988 and told trade unions that he wanted to do more on a European level for the health and safety of British workers. She thought it was socialism. In her Brussels speech shortly after Delors' visit, she said: "We have not successfully rolled back the frontiers of the state in Britain, only to see them reimposed at a European level with a European super state." Thatcher also feared the EU domestically, because it gave the Labour Party an advantage.

SPIEGEL ONLINE: How did the debate in the 1980s shape the Conservative Party today?

Moore: The Conservative commitment to the EU collapsed the moment we opted out of the European Exchange Rate Mechanism and the euro. Thatcher was ousted in 1990 by her party. She fell mainly over the Europe issue -- and that's another reason for the hostility of many conservatives to the EU. They think that the pro-Europeans destroyed Margaret Thatcher.

Charles Moore, 59, first got to know Margaret Thatcher as a reporter for the Daily Telegraph newspaper. Later, in the 1990s, she asked him to be her official biographer. The Iron Lady granted him unlimited access to her private archive, to friends, relatives and earlier companions -- all under one condition: Moore would have to wait until after her death before publishing the biography. The second volume of the biography was published in the autumn and a third volume is in the works. 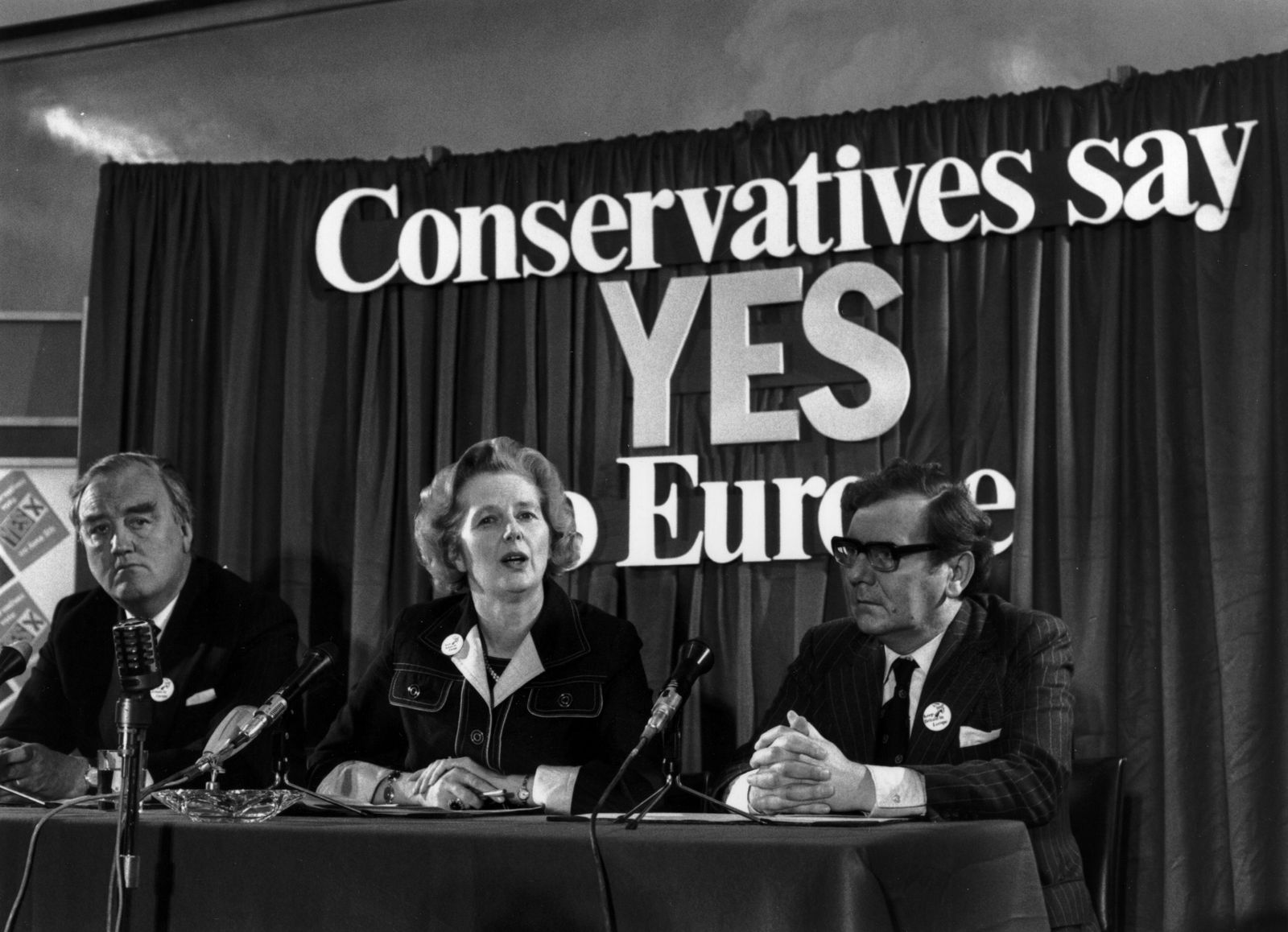 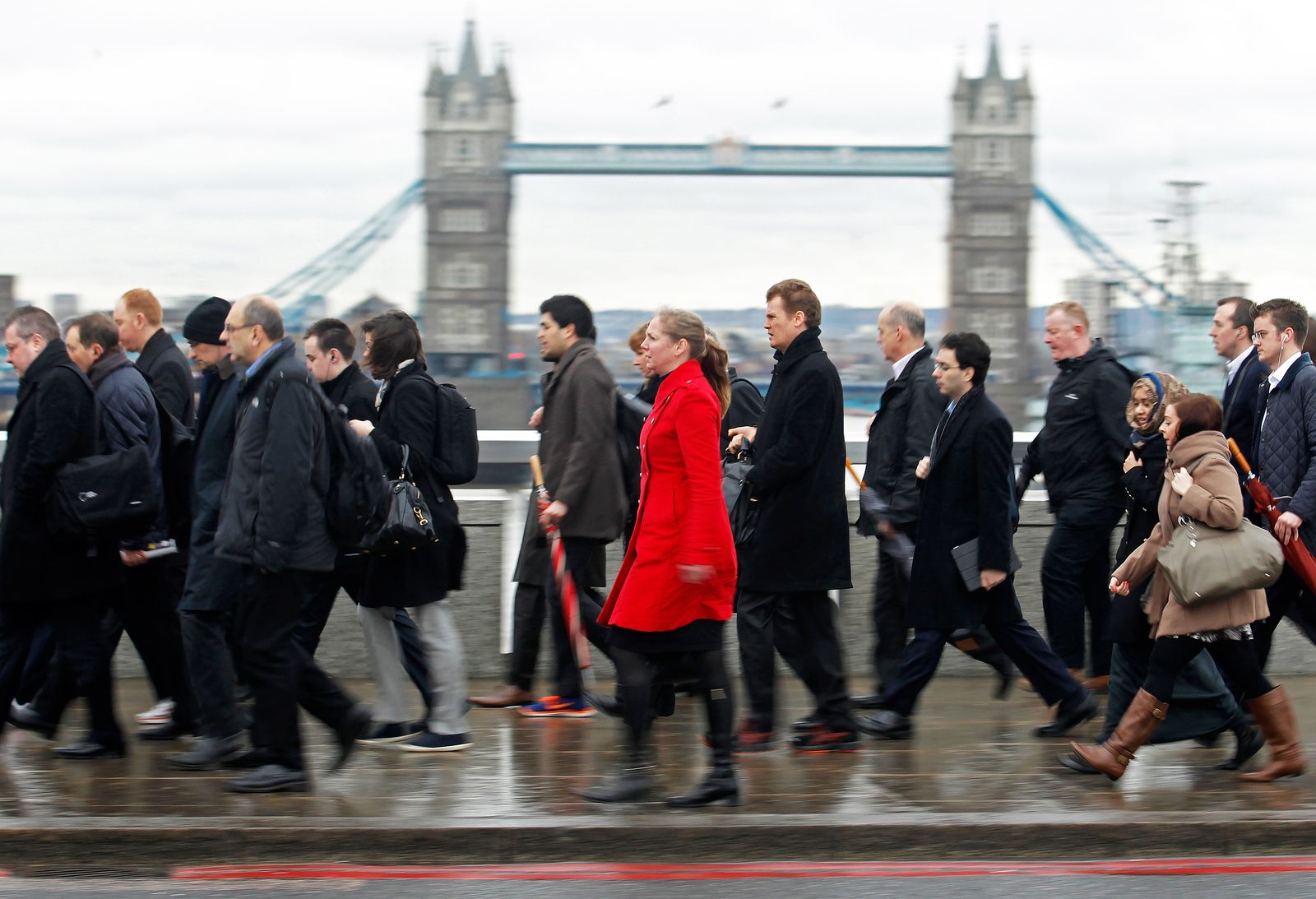 Rush hour in London: We can no longer convince the British to love the EU. It's too late for that. But perhaps we should use this opportunity to mention how much the rest of Europe admires them. It's unbelievable that they don't seem to see how much they've shaped the continent, how much we value them here, how close we Germans feel to them.