SPIEGEL: Mr. Marsh, did you vote to leave the EU?

Marsh: No, I voted to stay. I did though do something unusual for me: I placed a £200 (237 euros) bet on "leave" with bookmaker Ladbrokes, just in case, to have a small consolation prize.

SPIEGEL: How much did you win?

SPIEGEL: It has now been five weeks since the referendum, and many expected an economic crash. So far, however, this has not happened. Were the concerns exaggerated?

Marsh: I think so. We have a period of uncertainty and companies may invest less. But in 20 years it is unlikely we will say that this referendum has led to a disastrous outcome. It may even offer opportunities.

Marsh: The pound has fallen. This weakness will help our exports, British products will be cheaper abroad. And this attracts foreign investors, as seen with Japan's Softbank taking over high-tech ARM for 29 billion euros.

SPIEGEL: Such a coup is hardly what Leavers wished for -- to have foreigners take control of the economy?

Marsh: Oscar Wilde once wrote that people know the price of everything and the value of nothing. It's nothing special for the British if everything is for sale. We have fewer sensitivities in this regard than the Germans.

SPIEGEL: But will the British be so relaxed about their flagship industry -- financial services? Some here fear a veritable exodus.

Marsh: There are certainly some sectors that are particularly affected, for example the settlement of euro transactions. But computers can carry out a lot of this already. It could also lead to the relocation of some foreign exchange trading or investment banking, but not in a large way. Over 700,000 people work in the London financial sector, at the most 10 percent will be influenced by the Brexit vote.

SPIEGEL: But the banks may lose the EU passport necessary for distributing their products in Europe.

Marsh: The big houses already have bases in Frankfurt, Dublin or Paris. You can use these centers, which does not require much effort.

SPIEGEL: Many European financial centers are trying to attract business away from London. The Hesse economic minister will go there in August and lobby for Frankfurt.

Marsh: The Parisians were already here. Competition here is good for business. There it is not just one, but 10 rivals -- that may help London. The City can operate the classic British game, the balance of power, playing off rivals against each other.

SPIEGEL: This week, shareholders have agreed to the Frankfurt-London stock exchange merger. Is it realistic to have the headquarters in the UK?

Marsh: It wouldn't be very clever to have the legal seat of the company in London. Maybe they could find another place, perhaps Amsterdam or Dublin.

SPIEGEL: The European Banking Authority will likely have to pull out of London.

Marsh: That would be a setback for the City. But we expect there'll be another two and a half years before Britain leaves the EU. A lot can happen. European politicians' ability to find compromises never ceases to amaze.

SPIEGEL: The UK is looking for a post-EU model. How would this look?

SPIEGEL: And what does this consist of?

Marsh: We need to manage a compromise between our expectations and the EU's: We will still pay into the EU budget, but significantly less. We will control immigration more rigorously. And we want to maintain access to the EU internal market.

SPIEGEL: Do you really think Europe will allow this? If so, then EU critics in the Netherlands or Austria will wish to emulate this British model and leave the EU.

Marsh: That's right; the EU can't be too generous toward Britain. On the other hand, we have time on our side. Britain will probably not have a general election until 2020, while the German, Dutch and French will all go to the polls next year. Prime Minister Theresa May has time to develop Britain's European position. She can build on the UK's special status outside the euro area, where we are one of the largest trading partners. We will find a form of British exceptionalism. Frank Sinatra's "I Did It My Way" may become for the UK, "We did it May way."

SPIEGEL: What might this "May way" look like? Will the UK turn itself into a low-tax paradise with minimum regulation?

Marsh: We will certainly not become a European version of the Cayman Islands -- we cannot afford that. Banking regulation should be at least as strict as in the EU. The financial crisis has taught us that less regulation leads to poorer results.

SPIEGEL: There are a lot of similarities between the prime minister and Chancellor Angela Merkel, this was obvious when May visited Merkel on July 20 in Berlin: They are of a similar age, similar origin and they are similarly pragmatic. Will that help British negotiations?

Marsh: There is good chemistry between the two. You can talk of "Angela May and Theresa Merkel" as Europe's new tandem. Yet the chancellor faces the tougher task. Her room for maneuver is narrowing, the more she faces Europe's economic problems: the debt issues in Greece, the banking crisis in Italy, the monetary policy of the European Central Bank.

SPIEGEL: What should she do?

Marsh: She is in a dilemma. Merkel's supporters may desert her if she's too conciliatory. But then the Germans cannot always say "no" when it comes to aid for countries in crisis or softening the Maastricht criteria (on deficit spending). They don't have the strength.

SPIEGEL: Who will suffer most from Brexit: the UK or the rest of Europe?

Marsh: The British face a short, sharp shock that will subside relatively quickly. In Continental Europe, the process will last longer and be more painful. Although I voted against leaving the EU, I see Britain's s future more optimistically than that of the rest of Europe. Yet if Germany and the UK formed an alliance, both would have it easier.

David Marsh, 64, is a leading expert on the European financial industry. He is the co-founder and managing director of the Official Monetary and Financial Institutions Forum, a London think tank for financial and economic issues. He previously worked for various financial institutions and as a journalist. Between 1978 and 1995, he worked for the Financial Times in Germany, France and England. 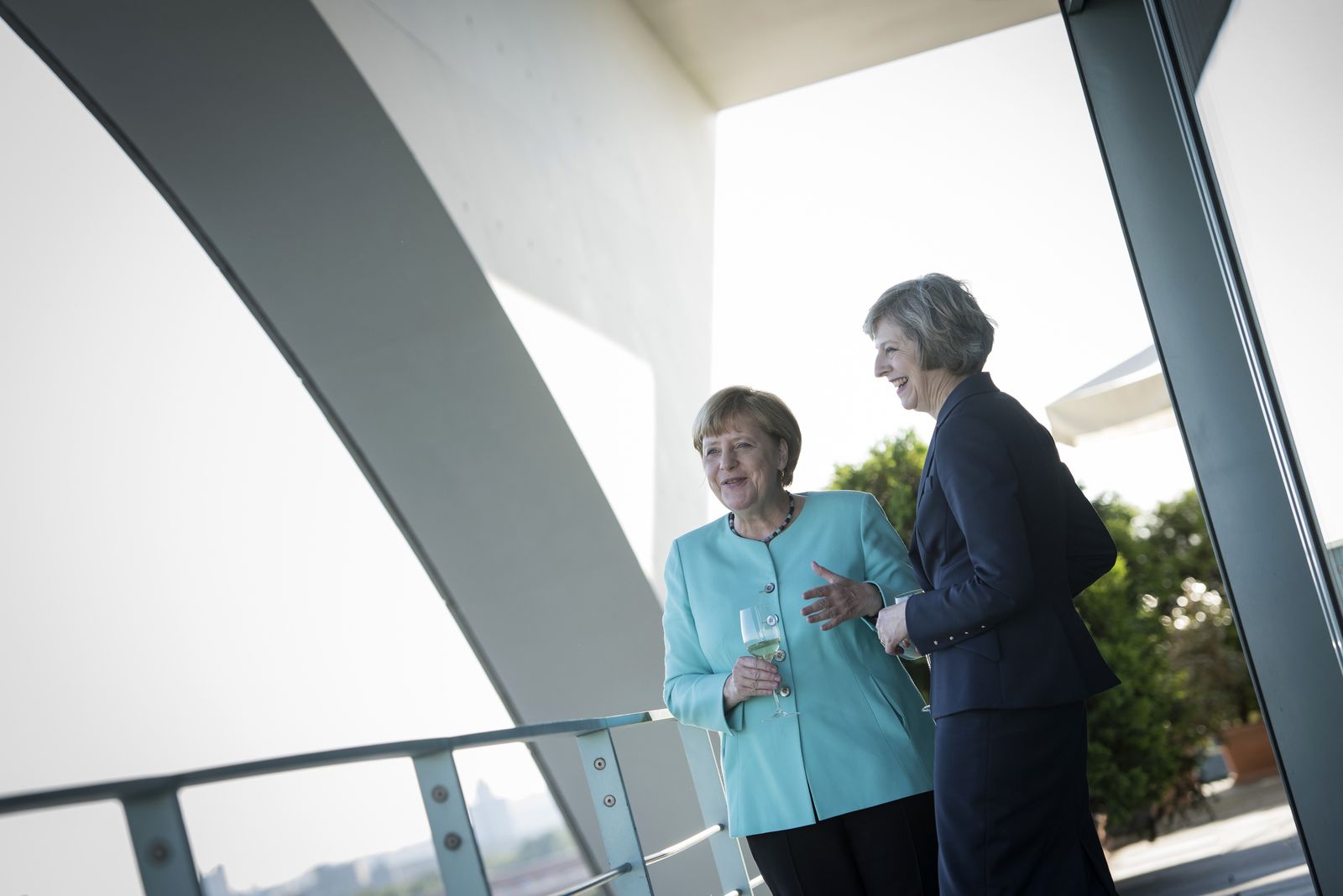 Angela Merkel and Theresa May at their first official meeting in Berlin on July 20. 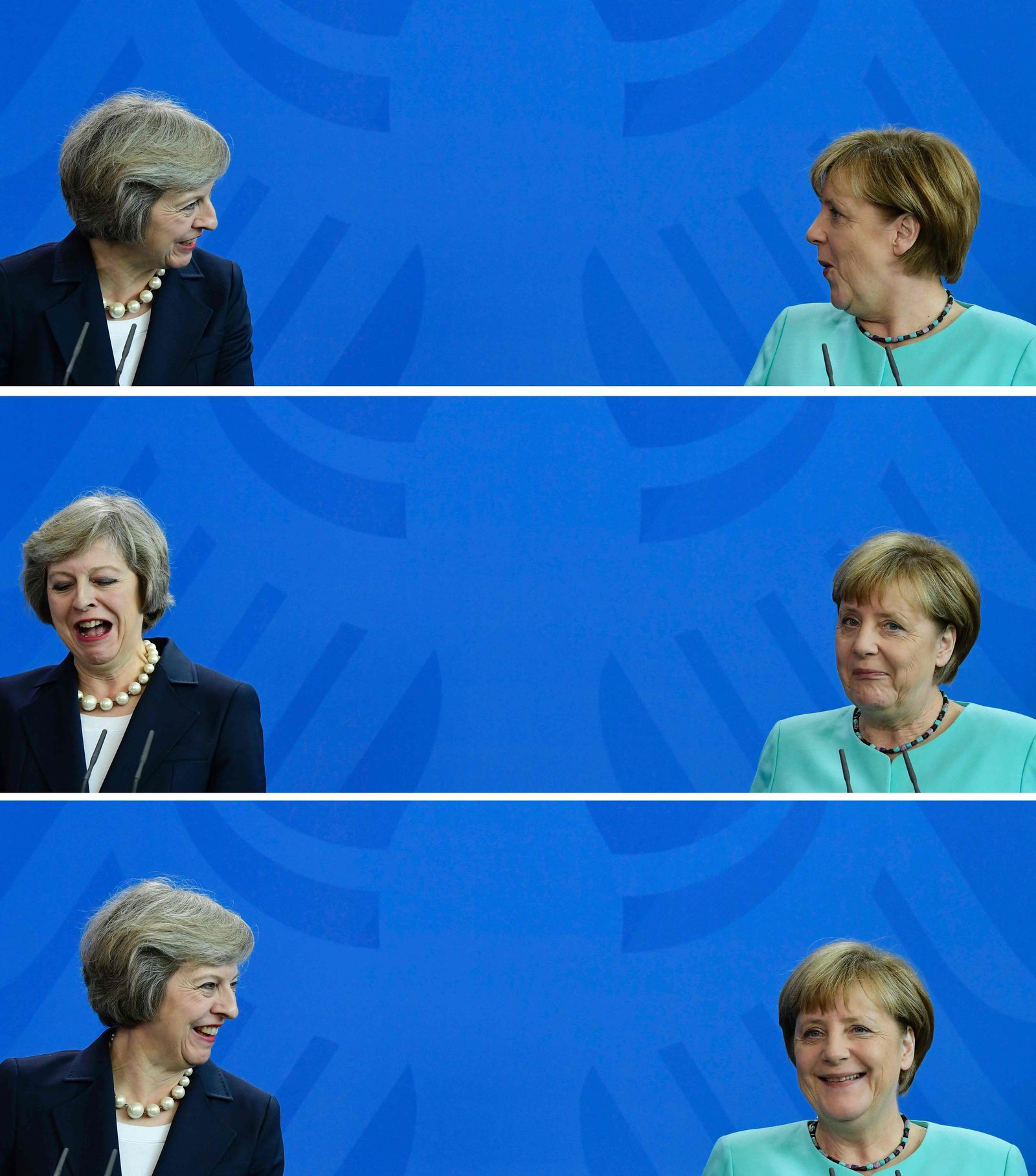 May and Merkel in Berlin: "The chancellor faces the tougher task. Her room for maneuver is narrowing."