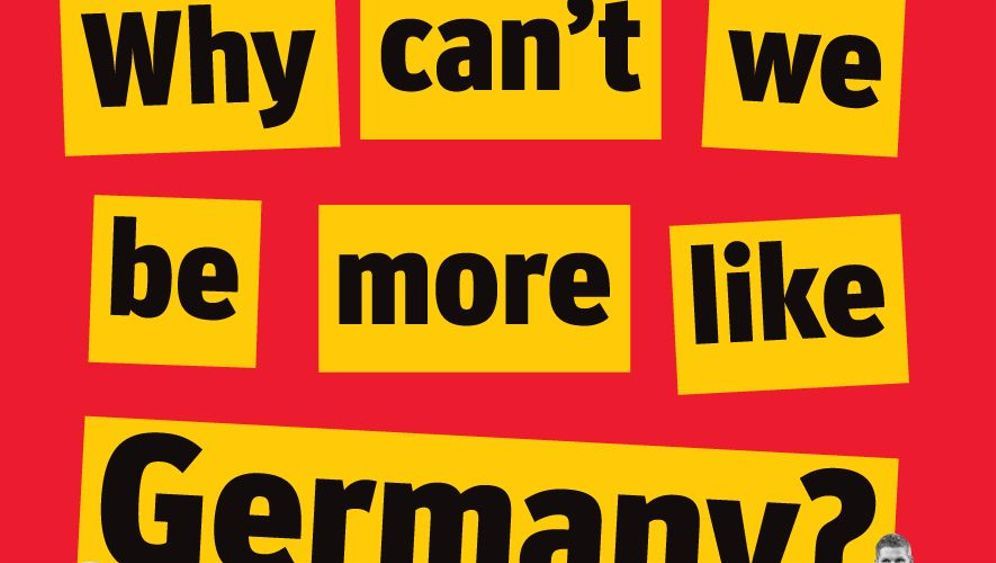 "Why can't we more like Germany?" center-left British weekly New Statesman asks on the cover of its latest issue. The cover image shows Chancellor Angela Merkel alongside Bastian Schweinsteiger, one of Bayern Munich's star players -- as role models in politics and football. Britain can prosper, the magazine suggests, if it understands Germany's success.

The author of the article, German-born Philip Oltermann, writes that British politicians and business people have the habit of talking about the "German model" every 20 years. That time has come again. The fact that two German teams, Bayern Munich and Borussia Dortmund, have reached the Champions League final which will be played in London's Wembley stadium on May 25 appears to have confirmed what a lot of people in Britain have been murmuring for months. The Germans are somehow getting it right.

Germany's top football league, the Bundesliga, whose clubs don't depend on the cash of oligarchs, sheikhs and business tycoons that own their top-flight English rivals, is often cited as an example of the successful, sustainable German business model. German clubs, many of which are majority-owned by their fans, are a microcosm of the structure of the German economy, the New Statesman's editorial states.

The British left has always admired Germany's concept of the social market economy, a principle that underpinned the West German post-war economic miracle, marrying free market economics with a focus on social progress. The system of giving workers a say in corporate decision-making, the state-owned savings banks whose purpose is to promote public welfare, the presence of strong, family-owned businesses that take a long-term approach in ther decison-making -- this is very much in line with the social democratic traditions of the opposition Labour Party.

But even the Conservative-Liberal coalition of Prime Minister David Cameron is resorting to German recipes to get the stagnant British economy growing again. It launched an apprecenticeship scheme to encourage more busineses to train their own employees. A new state-owned business bank is to provide small and medium-sized businesses with credit. And state-backed credit guarantees are being used to help boost exports.

The Financial Times wrote in April that both the British government and the opposition were transfixed by German ideas. Even the Welsh nationalist party Plaid Cymru recently demanded an investment program to regenerate structurally weak parts of Britain -- similar to Germany's more than €1 trillion Aufbau Ost program to rebuild the former communist east of Germany.

The rethink began after the 2008 financial crash. The British economy, so heavily reliant on its banking sector, has yet to recover from the blow, while the German economy rebounded relatively quickly. Part of the reason Britain had remained sluggish is that manufacturing only accounts for 11 percent of the country's gross domestic product. In Germany, the figure is almost twice as high at 21 percent.

The Confederation of British Industry (CBI) said back in 2011 that Britain needed its own version of the Mittelstand -- the small- and medium-sized German manufacturing companies often referred to as the backbone of the German economy. CBI chief John Cridland said Britain should boost its small business sector to promote innovation and growth. The government responded by setting up the business bank.

But the Labour Party is the most ardent supporter of the German model. Its leader, Ed Miliband, likes to talk about "responsible capitalism." He has put a stop to the close ties New Labour had with the big London banks under former Labour Prime Minister Tony Blair. Insteady, Labour dispatched members to Germany to learn how the Sparkassen savings bank system operates. Shortly after that, Miliband announced that if he wins the next election in 2015, he will set up regional banks focused on promoting their local economies.

The Independent newspaper was only half-joking when it referred to "Neue Labour." Two of Miliband's advisers, Maurice Glasman and Stewart Wood, are experts on Germany. They are calling for the return to the "Mitbestimmung" system of codetermination, in which any company with a workforce of more than 2,000 people must have half its supervisory board made up of worker representatives. It was the British who introduced the system in Germany after World War II.

Even the current Golden Boy of British politics, Nigel Farage, the leader of the staunchly anti-EU United Kingdom Independence Party (UKIP), which just scored big in local elections, sees Germany as worthy of emulating -- at least in some respects. Instead of the strict smoking ban in force in British pubs, Britain should copy the Germans and allow pubs to designate smoking and non-smoking zones -- like they do in Germany.