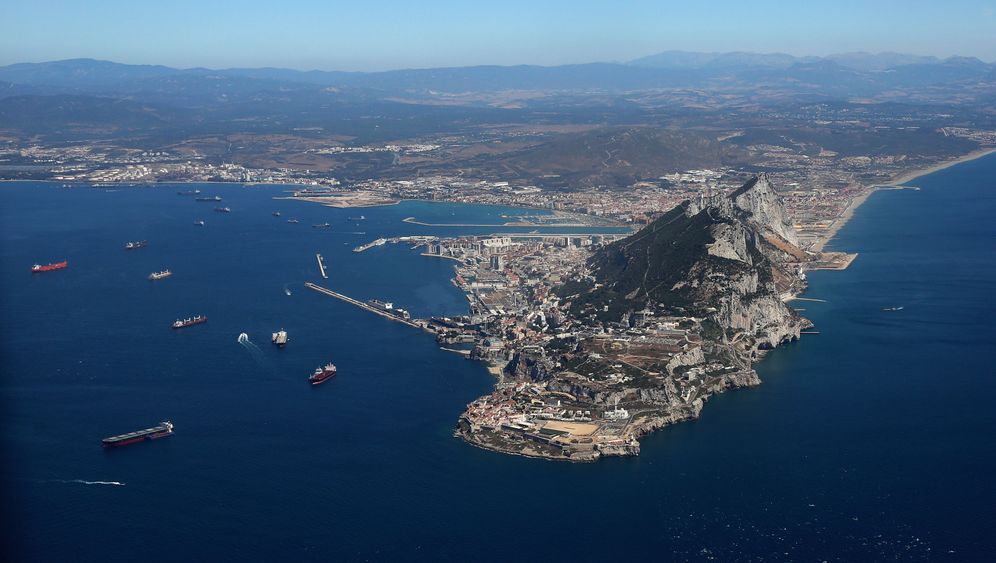 Photo Gallery: Fighting over the Rock

Britain warned Spain on Monday it might take legal action against Madrid's imposition of tighter controls at the border with Gibraltar, the contested British enclave at the southern tip of Spain.

Underlining the tensions, Britain is dispatching warships to Gibraltar. The frigate HMS Westminister is due to set sail on Tuesday and three other vessels left on Monday. The British government played down the move as being part of a long-planned military exercise.

But Spanish media said the plan for HMS Westminster to stop at Gibraltar was an intimidating move by Britain.

Writing in The Sun newspaper on Monday, Britain's Europe Minister David Lidington said, "Britain and Spain matter to each other. We are NATO allies, key trading partners and millions of Brits travel to Spain every year. But our good friendship with Spain does not mean we will turn a blind eye when the people of Gibraltar are threatened or put under pressure."

A spokesman for British Prime Minister David Cameron said the Spanish border checks, introduced after Gibraltar created an artificial reef that Spain said was blocking its fishing vessels, were "disproportionate" and "politically motivated." Legal action would be "an unprecedented step," he added.

Gibraltar is outraged that Spanish customs officers have started checking every vehicle at the border, causing long queues.

Madrid argues that Gibraltar doesn't belong to Europe's Schengen zone of passport-free travel and that the checks are a legal and proportionate step to prevent money laundering and smuggling of tobacco and other products from Gibraltar.

Spanish Prime Minister Mariano Rajoy said he aims to reach an agreement with Cameron but would not abandon the tigher border controls.

Madrid is also considering imposing a border crossing fee and banning planes using its airspace to reach Gibraltar. The government on Monday reiterated that it was thinking about what international forum it could use to press its claim to Gibraltar. This could take place at the UN General Assembly or the International Court of Justice, and Spain's El Pais newspaper reported that Madrid is also seeking support from current UN Security Council president Argentina in its dispute with Britain. Both countries have similar complaints about Britain, with government officials in Buenos Aires currently seeking to reclaim the British-controlled Falkland Islands.

The 6.8 square kilometer (2.62 square miles) territory has been a source of tension between Britain and Spain ever since 1713 when Spain ceded it in the Treaty of Utrecht.