The decision by British Prime Minster David Cameron to block a European Union treaty change by using his country's veto power has sparked a festive atmosphere among euroskeptics in the United Kingdom. "At last," Lord Norman Tebbitt, once one of Margaret Thatcher's closest confidants, blogged on the Daily Telegraph's website. Cameron, he wrote, has applied the very veto that former Prime Minister John Major should have used against the Maastricht Treaty, which created the euro. "We should just be grateful," he added.

The tabloid Daily Mail, the mouthpiece for Britain's large anti-EU contingent, congratulated Cameron on an "undeniably brave decision." For euroskeptics the paper wrote, "there is also an exciting sense that we are at the beginning of a very profound change in which our tortured relationship with Europe will be redefined, at long last." It added, "Britain has been like a downtrodden wife stuck in a bad marriage, constantly threatening to go but never having the nerve. Now she is finally making the move and it is bound to cause ructions."

On the blogger site ConservativeHome, Cameron is feted as "the man who says no to Europe." Influential blogger Tim Montgomerie writes, "To most Tory euroskeptics, Cameron is Churchillian this morning."

It's the greatest compliment one can give to a conservative prime minister -- especially given that Cameron pledged to fight like a "bulldog" at the summit. The bulldog will forever be linked in Britain's popular imagination with Churchill, who led the country through World War II. When it came down to it, though, Cameron wasn't very theatrical when he recited his demands, preferring to remain silent most of the time.

But not all of Britain is anti Europe. Several commentators have warned of the dangers of a two-class Europe with Great Britain on the outside looking in. The country, wrote the center-left daily Guardian, has broken with 50 years of foreign policy. Britain was long intent on preventing Germany and France from dominating the EU, the paper wrote. Now, though, London no longer has a say.

Politicians on both sides of the spectrum would seem to have recognized that the EU summit break was a defining moment for the country. Britain has, of course, long enjoyed its pariah role in Brussels -- but the 26-1 outcome on the question of fiscal union would appear to have come as a shock.

Already, some have begun to find fault with Cameron, even from within his own governing coalition. "It is a black day for Britain in Europe," said the senior Liberal Democrat Lord Oakeshott. "We are not in the waiting room while critical decisions are being taken."

The opposition Labour Party was deeply critical of Cameron on Friday and accused him of not acting in the national interest. "UK jumped into a rowing boat … next to ... a supertanker," said ex-foreign minister David Miliband.

And yet, the UK no in Brussels is the logical consequence of the EU debate back home, one which has become increasingly disconnected from reality in recent years. Cameron himself fueled the flames when, during his party's time in opposition, he led the Tories away from the European conservatives. It was tantamount to a declaration of how incompatible the Tories were with Europe. The British press has also long-since portrayed Brussels as the enemy. EU officials complain that speaking with British journalists is pointless. "It is always only about confrontation," one press spokeswoman says.

The euroskeptics now hope that the veto will be the first step towards leaving the EU. They share this wish with countless European parliamentarians, European Commission representatives and heads of state and government who are all tired of British blockades. But it probably won't happen. On the contrary, the British government has already declared its next battle in Brussels. They intend to ensure that the new parallel structure of the fiscal union doesn't violate EU law.

Back home, Cameron will need to prove that he still has clout in Brussels. His relationship to German Chancellor Angela Merkel and French President Nicolas Sarkozy remains "excellent," his spin doctors assure. Still, a fight for public approval awaits. Should the public get the impression that Cameron isolated the country from the EU just to placate the euroskeptic backbenchers in the lower house, the celebrated "bulldog" could swiftly be recast as an incompetent statesman.

For now, the tabloids are unified in their outrage at Sarkozy. The French President not only blamed Cameron for the summit failure, but some British papers also say he refused to shake his hand to boot. The Sun and Daily Mail both published photos as evidence in prominent positions on their websites. They show Cameron, hand outstretched, as he approaches Sarkozy, who then turns away instead of offering his own hand, freezing the smile on Cameron's to face.

Other images, however, show the scene in an entirely different light -- and one can see how Cameron gives Sarkozy a friendly pat on the shoulder as the two pass each other. That, though, didn't stop British television from looping the scene repeatedly. Tabloid Daily Mail dubbed it "Le Snub." 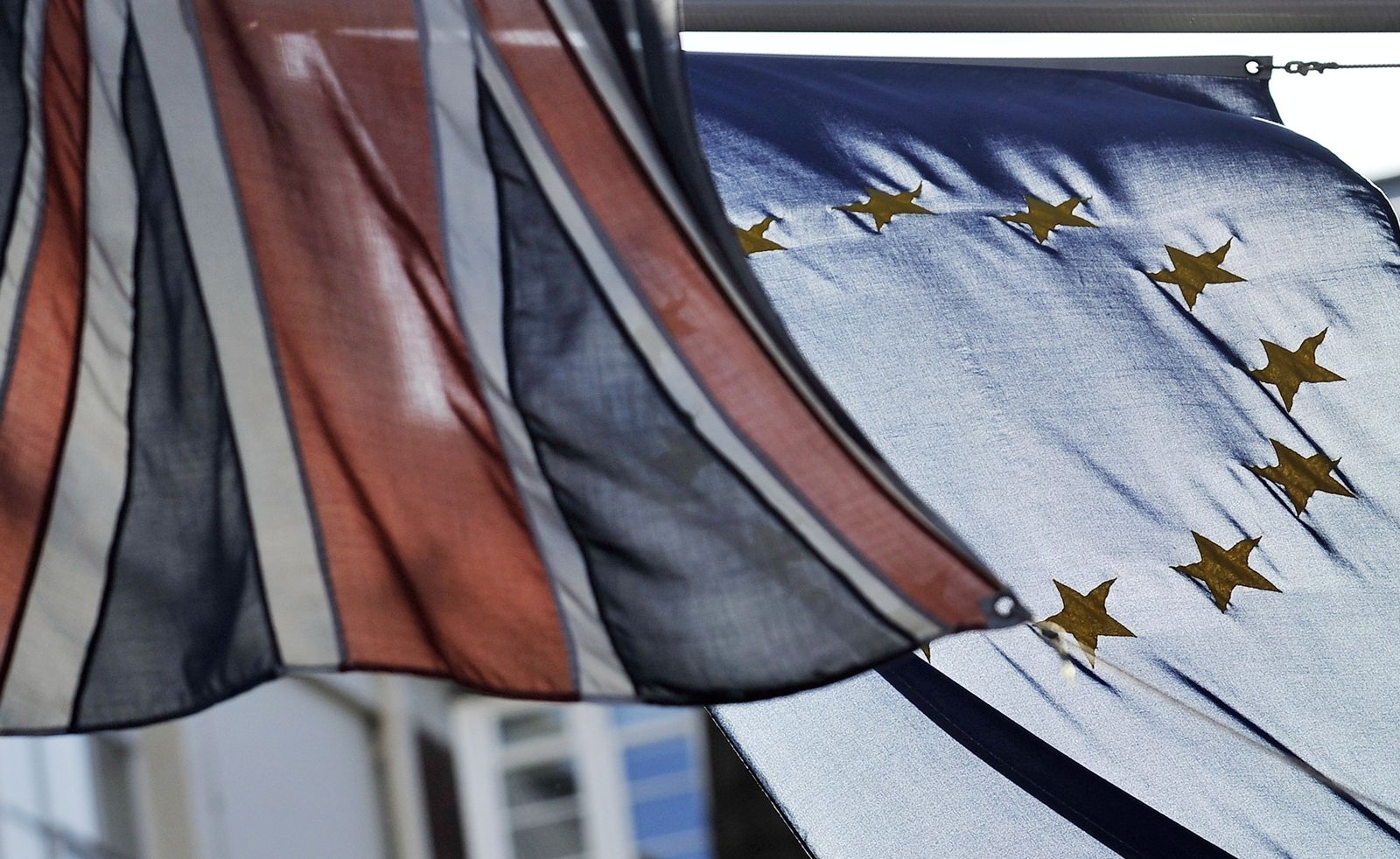 Great Britain is more isolated than ever in the EU.