Theresa May couldn't let it go, even on this night that seemed as though it would never end. Nerves jangled and voice trembling, the 60-year-old British prime minister stepped before a group of supporters in Maidenhead, her parliamentary constituency located just outside London. "At this time, more than anything else, this country needs a period of stability," she called out. It is, she added, "incumbent on us to provide that stability." It was as though she wanted to parody herself one last time.

As the election approached, May had repeated her slogan "strong and stable" ad nauseam, to the point that it had become little more than the object of ridicule. And even if the final election results were still a long way off as the prime minister spoke in Maidenhead, it had become clear that stability was little more than a pipe dream. Especially when it comes to Theresa May's job.

Prior to Thursday's election, a small number of surveys indicated that May's Conservatives could lose their absolute majority in the House of Commons, though nobody seriously thought it possible. But then, at precisely 11 p.m., the first exit poll results popped up on television screens around the country and left Britain reeling. Just as Brexit negotiations are set to start with the other 27 European Union member states, it looks as though British voters have placed yet another hurdle in the path of those talks: a hung parliament. The country could very well be politically paralyzed.

Seven weeks ago, when May -- apparently enraptured by her extremely strong survey results -- called snap elections, it looked as though the Tories would celebrate a landslide victory. The Labour Party, wracked by internal division and apparently devoid of morale, seemed to be heading for its worst result in 40 years. The right-wing populist UKIP party was clinically dead, the Liberal Democrats marginalized. Former Lib-Dem head Nick Clegg even suggested that the UK was on the way to becoming a "one-party state."

Indeed, that is what May had in mind when she unnecessarily called for the third national election in three years, following on the heels of 2015 parliamentary elections and the 2016 Brexit referendum. A victory with an 80, or perhaps 100, seat advantage in the House of Commons, she hoped, would put an end to the already weak resistance in the country to leaving the EU. In her own party, none of the rival factions would be strong enough anymore to make demands from her during the Brexit negotiations. And in Brussels, there could no longer be any doubts that May spoke for the vast majority of the British.

Now, though, even though the Conservatives remain the strongest political party in the country, they have lost their absolute majority and are reliant on the support of the Northern Ireland Unionist Party. It is a debacle for the Tories and a disaster for May herself. Several leading British politicians, including Labour Party leader Jeremy Corbyn, have already called for her resignation, with former Chancellor of the Exchequer George Osborne, who was relieved of his post by May, saying the result was "completely catastrophic." Foreign Minister Boris Johnson, May's most dangerous rival within the government, conspicuously avoided any expressions of loyalty to the prime minister. Instead, he said during his victory speech on Thursday night that it "is absolutely clear that we have got to listen to our constituents and listen to their concerns."

"Theresa May is damaged goods," says Tim Bale, professor of politics at Queen Mary University in London. She didn't understand, he says, that "you can lead a government with prose, but you need poetry for the campaign." Labour head Corbyn, he says, may have sounded like Santa Claus with his narrative of a more equitable country, in which workers are no longer fleeced by executives and the young aren't taken advantage of by the old -- "but hey, who doesn't like Christmas?"

Bale says that the only reasonable response to the election results would be May's resignation, but adds that she could be saved by the fact that Brexit negotiations are set to begin on June 19. "Can you really swap a prime minister right before they start?" he wonders. It seems more likely that she will stay at the helm for the time being -- despite the fact that the task now facing her in Brussels is far more challenging than winning an election.

The fronts between the UK and the rest of the bloc's 27 member states have recently hardened -- in part because of May's uncompromising rhetoric. "Let us make Brexit a success," the prime minister has said. To which, European Commission President Jean-Claude Juncker retorted: "Brexit cannot be a success." It is as though two chess players had resolved, even before making their first moves, that there would be no draw this time. The result is a danger that Britain and the EU will separate without any agreement at all, an outcome that would be a bitter blow for the EU, but likely disastrous for the UK.

After a roughly 12-month delay, the economic effects of the Brexit referendum are slowly making themselves felt. JP Morgan has announced it is pulling 1,000 bankers out of London while Deutsche Bank is withdrawing 4,000, almost half of its staff in the country. Other financial institutions intend to do the same. Recently, the Recruitment & Employment Confederation warned that in 60 professions, including engineers and IT experts, the number of applicants for open positions is falling steeply. It is a consequence of May's pledge to reduce net immigration to the country to "below 100,000."

Those in favor of Brexit will be watching closely to see if the new government lives up to that promise, even though it is an almost impossible task. Most recently, net immigration stood at 250,000, but only half were from the European Union. Even if the government was able to prevent a single EU citizen from coming into the country, it still would have missed its goal by a large margin.

The tasks facing the new government, in other words, are significant: The government must establish a framework for the Brexit talks, for which there is no historical precedent; it must ensure that Scotland and Northern Ireland remain a part of the United Kingdom; it must fulfil the almost unfulfillable promises it has made; and it must avoid destroying the country's economy while doing so.

It is a situation in which the country could really use a strong and stable leader. And Theresa May looked for a time as though she could be that leader. As recently as two weeks ago, the British media was comparing her with the "Iron Lady" Margaret Thatcher.

Now, however, with the election results in the books, "Tin Lady" might be more apt. 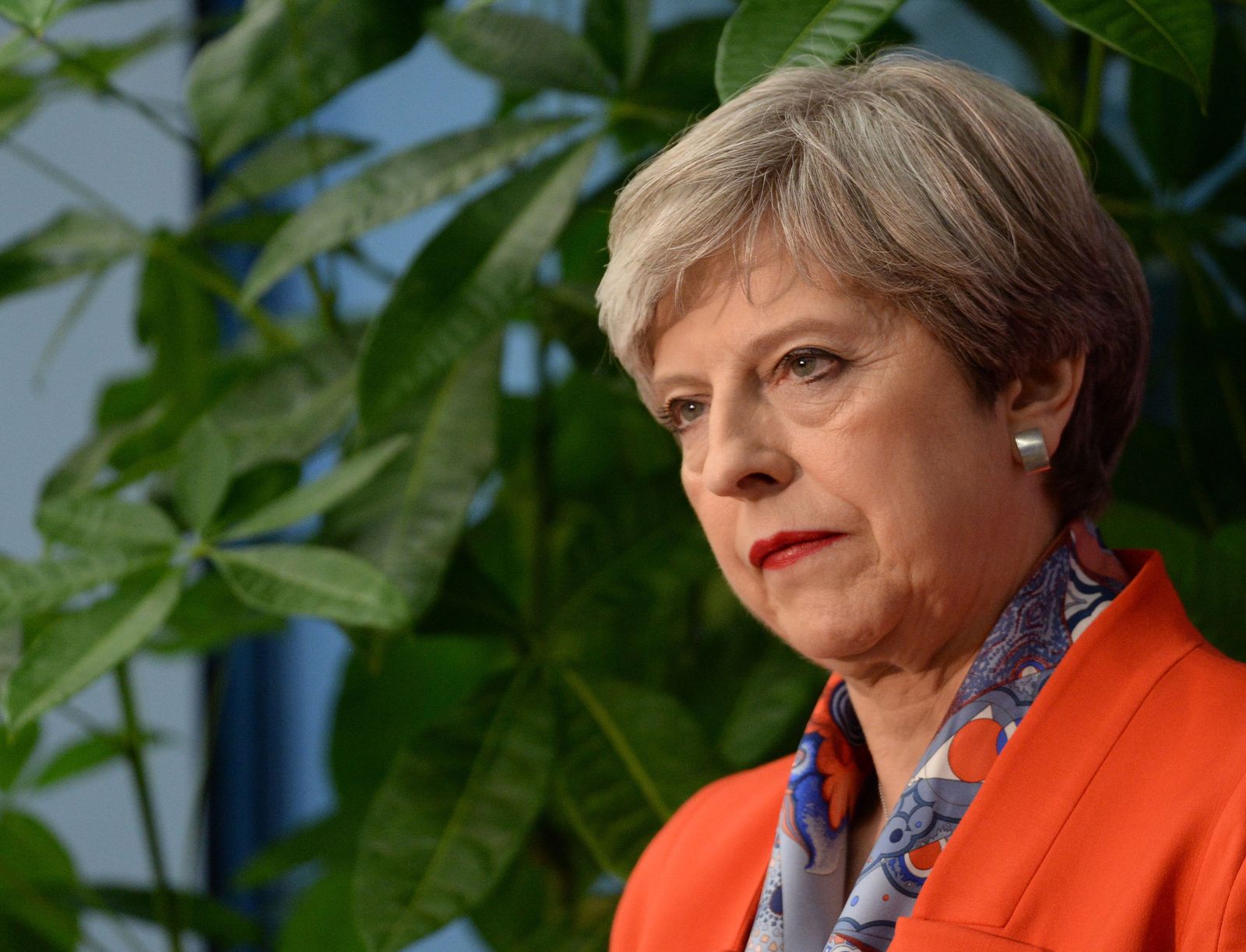