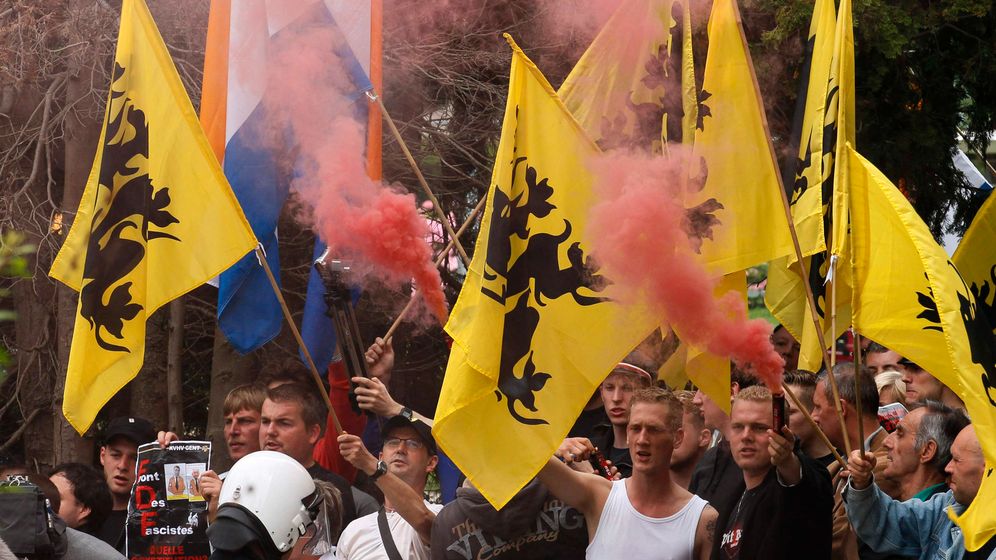 The two protagonists in Belgium's crisis couldn't be any more different from each other. The Walloon has a penchant for red bow ties; the Fleming likes to leave the top of his shirt unbuttoned. One is concerned about eating healthy and stays fit by working out. The other likes greasy fries and has a beer belly. The man from the south is an out gay man; the man from the north is the father of four children.

They are the antithesis of each other. Elio di Rupo, 59, chairman of the Wallonian Socialists from the south, and Bart de Wever, 40, leader of the New Flemish Alliance (N-VA) from the north. Both were successful during last year's parliamentary elections -- and they have since brought politics in Belgium, their home country, to a standstill. The Wallonian Socialists secured 26 of 152 seats and the Flemish separatists 27, but neither has succeeded in building a coalition government, nor has either been willing to go into opposition. That's because the differences between di Rupo and de Wever go far further than just their outward appearances -- both also embody diametrically opposed political plans.

This political vacuum has now continued for more than a year, and Belgium has been without a government for a longer period than any other country in the world. Even Iraq, with its three ethnic groups, didn't take this long to form a government. Belgium's acting finance minister, Didier Reynders, quipped not too long ago that the political parties in Baghdad at least still spoke to each other during the interregnum. In Belgium, however, the country's two most important parties have gone silent on each other.

Flemings See Themselves as Paymasters

The comparison with Iraq isn't far off the mark, either, because Belgium is actually an artificial construct comprised not only of the Flemish and Walloons, but also a small German-speaking minority. As far back as a hundred years ago, Jules Destrée, a Wallonian socialist, famously told the then-Belgian king, "Your majesty, there are no Belgians." And when acting Prime Minister Yves Leterme, a Flemish Christian Democrat -- who was voted out of office a year ago but still leads the interim government -- was asked by a journalist to sing the Belgian national anthem, he infamously began belting out France's "La Marseillaise."

The divide can also be seen with the country's national holiday. Leterme wasn't the only one who couldn't remember the actual reason the official national holiday on July 21 exists (it actually marks the coronation of the first Belgian king, Leopold I). Enthusiasm for the holiday is mainly limited to the children who gather in the Parc de Brussel and elsewhere across the country to enjoy free fun and food. But otherwise the Flemish and the Walloons prefer to celebrate separately. The Flemings celebrate the July 11 victory over the French in 1302, whereas the Walloons commemorate each Sept. 27, the day of the expulsion of the Dutch from Brussels in 1830.

So when Flemish separatist de Wever says that Belgium has no future, he is actually expressing a sentiment that is widespread, especially among the Flemings. They feel dominated by the Francophones, a feeling that has more than a little to do with the fact that the former Flemish capital Brussels has largely been taken over by French speakers. Today's affluent Flemings see themselves as the country's paymasters because the many unemployed in the Wallonian south are partly supported by their taxes. Many Flemings seem keen to forget today that they were once the poor group who often found employment in the now-defunct coal mines in the south.

So the question at hand is one of the future of the Belgian federal state, the so-called institutional question. Whereas Socialist di Rupo would like to preserve the traditional Belgian status quo, de Wever is demanding maximum autonomy for Flanders. In the not too distant future, he would like to declare an independent Republic of Flanders and, by doing so, eliminate the Belgian monarchy.

This all may sound quite nationalistic, but de Wever doesn't fall into the same category as a right-wing populist and anti-Islam crusader like Geert Wilders in Holland. He describes immigrants as an enrichment to the country and also supports gay and lesbian rights. Nor is the N-VA boss a euroskeptic -- his preference would be to delegate many things entirely to the European Union level. In areas like social policy, however, he would prefer to regionalize decision-making rather than keep them at the national level in Belgium. The country, he told SPIEGEL in an interview published late last year, "is too small for greater political ambitions, and it's too heterogeneous for smaller things like taxes and social issues." Eventually, the Flemish party chief said, Belgium will no longer have a place and will "evaporate of its own accord."

Nevertheless, critics accuse de Wever of pushing Belgium's division forward with his blockading policies. Last week, at the request of the Belgian king, Socialist di Rupo presented a paper that was intended to set the basis for exploratory talks for creating a government. In it, di Ripo for the first time also made a demand of his Francophone compatriots: He suggested dividing the contested Brussels-Halle-Vilvoorde electoral area, which is comprised of Brussels and the 25 Flemish municipalities surrounding it and represents the only district in Belgium where Dutch-speaking and Francophone political parties compete directly against each other. If di Rupo's proposal were implemented, tens of thousands of French-speaking residents of the Flemish towns surrounding it would no longer be able to vote for candidates in Brussels as they are currently permitted to do.

But de Wever rejected the offer, escalating the government crisis. Nevertheless, the other Flemish parties do not consider him a political enfant terrible. The main reason is that the N-VA chairman links institutional issues to social ones. He calls for an end to the "transfer union" between the richer north and the south, which is characterized by high unemployment. The N-VA chairman wants to reform the social welfare system. He claims that Belgium is the "sick man of Europe" and that it should follow the example of Germany, which carried out painful reforms to its welfare system under the government of former Chancellor Gerhard Schröder.

Most Flemish parties and the liberals in both parts of the country support these demands, even if their rhetoric is less heated. "We need a reform of the social and pension systems," acting Finance Minister and Deputy Prime Minister Didier Reynders, a Walloon liberal, told SPIEGEL ONLINE. He is concerned about the fact that the credit rating agencies have long condemned the political impasse. The agency Fitch recently lowered its outlook for Belgium from "stable" to "negative," meaning that a downgrade of the country's rating could follow.

Reynders is also opposed to new elections, arguing that they would probably not change the political balance of power much. Additionally, they would also bring the country to a complete standstill, as the Belgian parliament would be dissolved. A euro-zone member which was unable to make decisions for weeks, right in the middle of the euro crisis, could jeopardize the entire currency union, and also be sucked into the debt crisis itself. Although the Belgians save more than almost any other country in the world, the country's national debt still amounts to 96 percent of gross domestic product.

Therefore, the incumbent deputy prime minister is suggesting that King Albert II and the parliament bestow the caretaker government with the task of implementing the necessary reforms and drawing up a budget for 2012 this autumn. That's how things have worked so far. The parliament even gave its approval for Belgium's participation in the NATO military operation in Libya. "Although we are only in office on a caretaker basis, we still have a majority in parliament," says Reynders. If the caretaker government were actually to be granted far-reaching authority to govern, it would be proof that a country can be run well even without an elected government.

"These Belgians are crazy," the French comic book character Obelix once said. Reynders puts it a bit more mildly. "We are not crazy," he says, "just a little different." 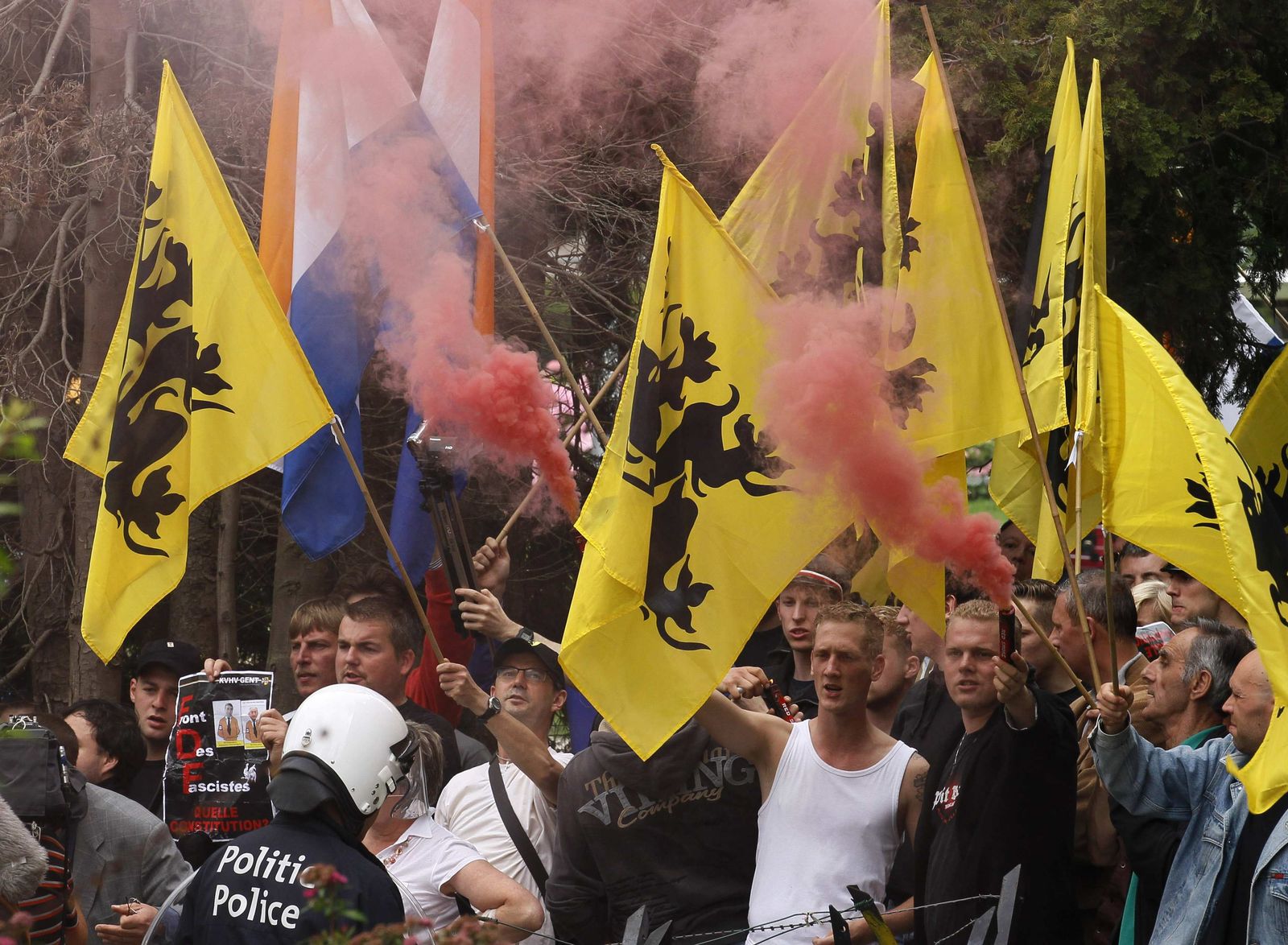 Belgium is the holder of an unenviable world record. For over a year, the country has not had an elected goverment. Here, far-right Flemish extremists protest outside a meeting by Francophone mayors in Kraainem near Brussels on June 26. 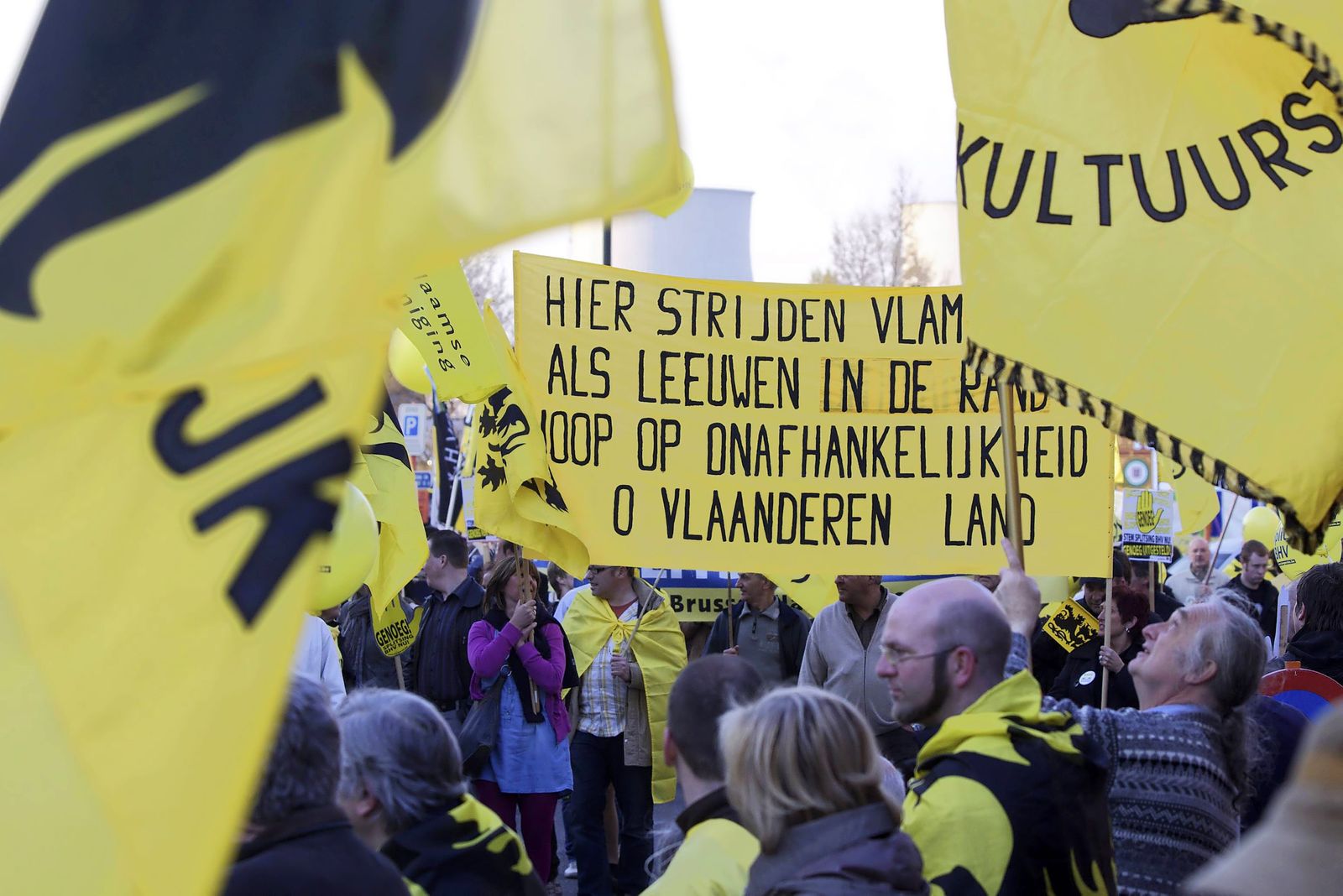 The Flemish are demanding the split of the disputed Brussels-Halle-Vilvoorde electoral district. If that happened, then tens of thousands of French speakers who live in the Flemish-speaking suburbs would no longer be able to vote for candidates in Brussels.