"A spectre is haunting Europe," wrote London Mayor Boris Johnson in his column in the Daily Telegraph this week. But the op ed quickly departed from the original text of the "Communist Manifesto." "That spectre has a famously toothy grin" and "an almost diabolical gift of political self-reinvention."

Johnson, of course, is referring to Tony Blair, British prime minister from 1997 to 2007 and the favorite foe of British conservatives. The electorate, Johnson wrote, thought they had "finally gotten rid of the fellow" only to have him return as a "kind of Euro-emperor" aboard a "Blair Force One Jumbo Jet."

For much of the British press, whether they like or hate the idea, it is seen as a foregone conclusion that Tony Blair will become the first European Union president, a position called for by the Lisbon Treaty, which seems likely to clear the remaining ratification hurdles. "Tony could be named by the end of October," the tabloid Sun wrote last week, quoting an anonymous government source. The Observer also referred to Blair as the "clear favorite."

The 56-year-old Blair has yet to declare his candidacy for the job. Indeed, he likely won't until he is confident that he will be chosen. Still, the Labour Government under Prime Minister Gordon Brown has thrown its support behind Blair. The former prime minister would be an "excellent choice," said Foreign Secretary David Miliband. In Brussels too, his name has been making the rounds.

Still, despite the momentum his unannounced candidacy has already generated, not everyone is pleased and the prospect of a President Blair -- neither on the Continent nor in Britain itself.

For one, Blair is from one of the largest European Union countries, a fact which will not endear him to smaller EU member states. When the position was created, Luxembourg Prime Minister Jean-Claude Juncker told the Financial Times Deutschland, there was "an informal understanding that the first EU president wouldn't come from one of the bigger countries."

Plus, as EU-enthusiasts are happy to point out, Blair comes from one of the most Euro-skeptic countries in the 27-member club. Britain is neither a member of the single-currency euro-zone nor is it part of the Schengen Agreement, which guarantees border-free travel through much of Europe. Furthermore, Blair fought tooth and nail to retain the British Rebate, an EU budget kickback given annually to the UK because the country benefits relatively little from EU agricultural subsidies. Juncker argued that the EU president needs more of a "European profile." It is an argument that has a following in Germany as well.

Finally, Blair discredited himself in the eyes of many Europeans by throwing his support, and troops, behind the American invasion of Iraq. Someone who misled the public about the existence of weapons of mass destruction in Iraq should not be allowed to speak for the EU, said one German diplomat, who asked not to be identified.

Following Ireland's approval of the Lisbon Treaty in last Friday's referendum, the rumor mill started spinning faster than ever. The Sun predicts that Blair will hold office for two terms and has already calculated the income of the future president. The paper also reported that Blair's wife Cherie has already been nicknamed "Cherie Antoinette" in Brussels.

But other than the British and Irish governments, no other EU member state has openly stepped forward in support of Blair. There are rumors that French President Nicolas Sarkozy supports him, and Sarkozy has sent out a lot of positive signals over the last few years. But this summer it was also said that he actually preferred Felipe Gonzalez, the former Spanish prime minister.

The British media paint German Chancellor Angela Merkel as the primary opponent of a Blair EU presidency -- a spin that has puzzled Berlin. Merkel, say government officials, wouldn't stand in Blair's way should he become the consensus candidate. Others, though, suggest that the EU president should be selected from among currently active heads of state. A persistent rumor has Merkel favoring Jan-Peter Balkenende, the prime minister of the Netherlands, over Blair. He comes from a small country and one of the first EU member states -- and it doesn't hurt that he is, like Merkel, a conservative.

Officially, the position has not yet become the subject of negotiation -- first, the treaty must be ratified by Poland and the Czech Republic. Polish President Lech Kaczynski is expected to sign the treaty in the next few days. Czech President Vaclav Klaus, for his part, will likely wait a few weeks longer, given a pending court ruling and his own antipathy to the EU.

As such, it seems unlikely that a candidate will be selected prior to the next EU summit in Brussels at the end of the month. Swedish Prime Minister Frederik Reinfeldt, current holder of the rotating EU presidency, doesn't think any decisions will be made until December.

Blair's greatest trump card is that he is a star on the world stage. Others, such as Balkenende, Gonzales or the ex-Finnish Prime Minister Paavo Lipponen, would be in danger of being seen as lightweights -- Blair would never seem out of place next to US President Barack Obama and Russian Prime Minister Vladimir Putin.

The question remains as to whether Blair can shake his "Bush's Poodle" image. Even the British appear less than enthusiastic about the prospect of their previous prime minister returning to the front row. According to a recent poll published by The Times, 53 percent did not want Blair to become EU president, while only 43 were in favor.

On the subject of whether Blair's EU presidency would be advantageous for the British, 30 percent voted yes. Twenty percent said it would not be good. The largest group (49 percent), however, believed it would not make a difference at all.

The Tories, who according to recent polls are likely to win the British general election next year, are particularly concerned. They dread the prospect of David Cameron, as new Conservative prime minister, having to share the European stage with Labour's former golden boy. "Mr Blair always seems to be in the lifeboat when the ship goes down," conservative Times columnist William Rees-Mogg laments.

But Boris Johnson, who used to work as journalist in Brussels and is thus well acquainted with EU mechanisms, has given his party allies hope. He has bet five pounds that Blair will not become EU president. He wrote that the EU would prefer a "relatively inoffensive Luxembourg socialist or superannuated Finnish environment minister." 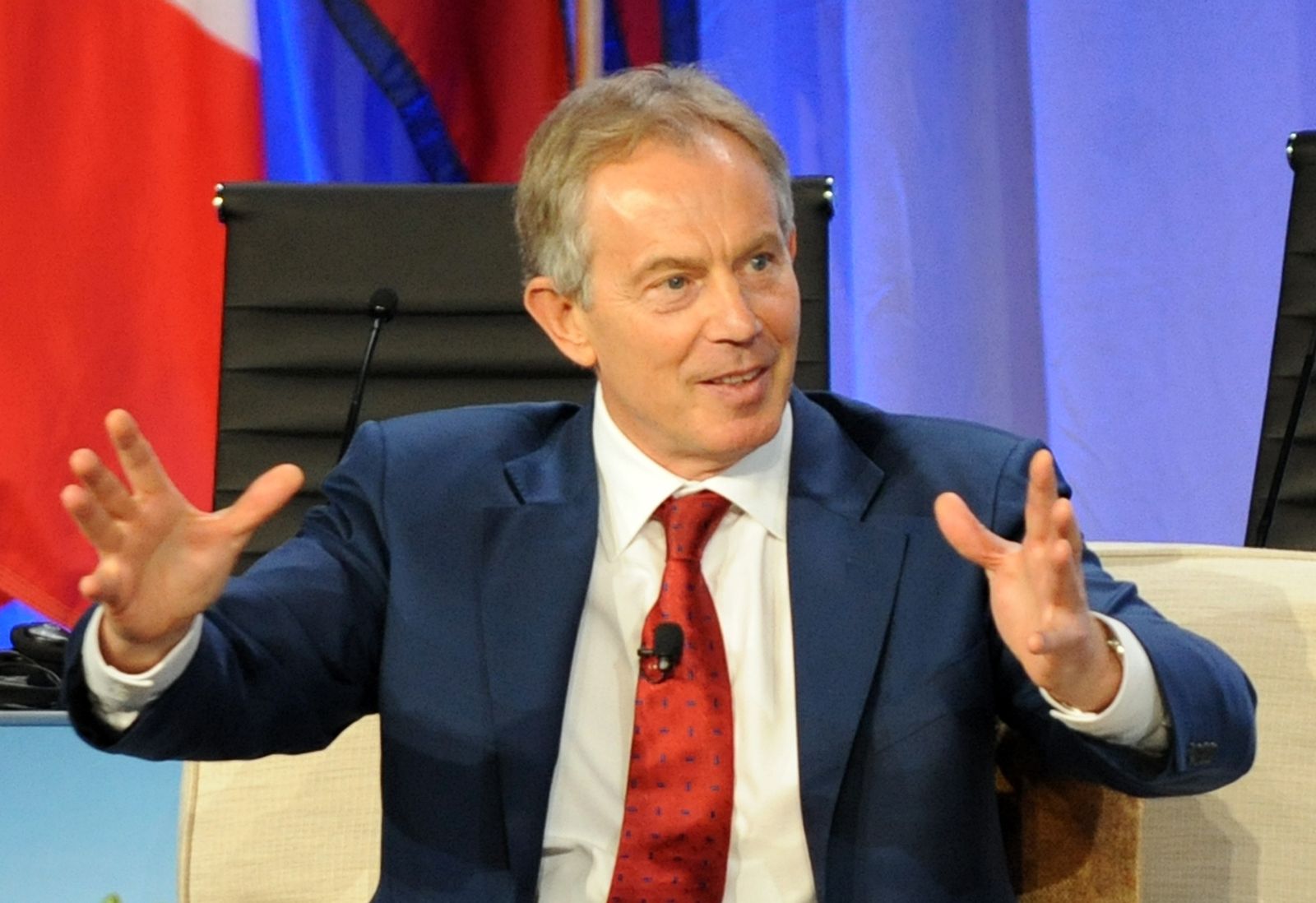