In St. Petersburg, Vladmir Putin's hometown, José Manuel Barroso gushed over the magnificent Constantine Palace, where the Russian president, who had just been voted back into the Kremlin, received the European Commission president at a summit meeting. Back in June when it happened, Russian newspapers described it as a reception worthy of a czar. The truth, however, is that there is little love lost between Putin and Barroso. Putin considers the Portuguese politician to be a lightweight, and it is not uncommon for the Kremlin boss to take days before returning calls from the European leader -- despite Barroso's efforts at two summits to endear himself by citing Russian national poet Alexander Pushkin.

The difficult relationship between the two leaders is symptomatic of something even greater. In the run-up to the Russia-EU summit this Friday in Brussels, disputes are simmering over Russia's desire for a visa-waiver for its citizens traveling to Europe, Putin's push to expand Moscow energy giant Gazprom deeper into the EU and a new tariff imposed by the Russians on imported cars. EU officials believe Russia is violating the rules of the World Trade Organization (WTO), a body that Moscow only recently joined.

In economic terms, Russia, the world's largest country by landmass, and the EU, the strongest economic bloc, are becoming ever more intertwined. Politically, however, they are drifting further apart. As reliant as each partner may be on the other, they do not appear to have joint plans together for the future.

"What happens with Russia is no less than a question of war and peace on our continent," says Frank Schauff, head of the Association of European Businesses in Brussels. Meanwhile, Zbigniew Brezinski, a former US National Security Advisor to President Jimmy Carter, fears that Russia is fatalistically falling back into its old, anti-Western tradition. The massive country to the east is facing pressure on three sides: a growing China to the east, Muslim states in the south and a West that has often rejected Russia in recent years. For its part, given the dual debt crisis in Europe and the United States, Moscow no longer views the West as a model. The opinion within the Kremlin is that democracy is a form of government designed for wealthy states, but even there it leads to constant new economic crises because of frequent and expensive election promises.

Former Russian Foreign Minister Igor Ivanov, who is in no way anti-European, says he is concerned that many in his county now view "Europe as an industrial museum that is losing the war of innovation." Izvestia, a newspaper considered sympathetic to the Kremlin, swears this is "Europe's twilight." Putin himself has asked his diplomats to draft the outline for a shift towards Asia. He's had enough of being lectured about human rights like some kind of school pupil by Western leaders. In the West, meanwhile, the number of authoritarian laws that Putin has forced through the Duma, Russia's parliament, has strengthened the position of anti-Russia hawks.

When he arrives in Brussels on Friday, Putin wants to secure a deal that would see Europe and Russia eliminate visa requirements on both sides for travelers in time for the 2014 Winter Olympic Games in Sotchi. But he has few prospects for his intiative -- the Europeans have been holding back on the proposal for years. Russian Foreign Minister Sergey Lavrov suspects the reasons are political. Russia believes that the "Common Steps Towards Visa-Free Travel" agreement, signed one year ago, provides a roadmap for the lifting of the visa requirement. On the EU side, however, there is only vague discussion of new negotiations.

"Cold war resentments are still at play," says Knut Fleckenstein, a member of the European Parliament with the center-left Social Democratic Party and chairman of the parliamentary delegation for relations with Russia. "For a long time, the Russians had the patience of a saint."

There is also growing dissonance in the area of economic cooperation. At first glance, things appear to be going swimmingly. Bilateral trade is constantly growing, reaching €309 billion ($409 billion) in 2011. Moscow has helped to shore up the euro during the crisis by holding 41 percent of its €400 billion in foreign currency reserves in the European common currency. Meanwhile, 80 percent of the EU's foreign investment is placed in Russia. An estimated 20,000 EU-based firms have established subsidiaries in Russia, including 6,000 German companies. And 10 percent of EU exports go to Russia.

Meanwhile, 45 percent of Russian exports -- largely oil and gas -- go to the EU. But that's precisely what Brussels would like to see change. "We have to reduce dependency on Russia," says European Energy commissioner Günther Oettinger, Germany's representative on the European Commission. To that end, he has been firmly pushing plans for the construction of the Nabucco pipeline, which will pump natural gas from the Caspian Sea to Europe without giving Moscow any say in the matter. And, in September, the European Commission opened up anti-competition procedures against Gazprom. The Commission suspects the company is abusing "its dominent market position" in the way it supplies gas in parts of the EU. Barroso's Commission has accused Gazprom of hindering the transport of gas to Eastern Europe and charging customers unfair prices.

The Russian government is concerned about a possible decline in revenue at state-owned Gazprom. "The Europeans don't want gas. They don't want nuclear power. So what do they want to use to heat their homes? They even have to purchase wood from Siberia," Putin recently raged during a meeting with top German executives.

There are also active disputes over protectionist measures taken by the Kremlin, which has, for example, banned the import of livestock from the EU. In addition, the country also hasn't yet signed a treaty that would provide foreign airlines with flyover rights for Siberia. German national airline Lufthansa, for example, is charged exorbitant prices when it flies routes over Siberia.

Within the European Commission, doubts are growing that Russia really wants to be a "true partner." During his talk with Putin this week, Barroso is planning a last-ditch effort to achieve a reduction of the trade barriers Russia has erected. Otherwise the EU plans to push for WTO action against the country. The word inside the Commission is that it supported Russia's bid to join the World Trade Organization, but now that it is a member, it must abide by the rules and accept the good with the bad.

At the same time, Moscow is also impatient about a lack of progress in plans for a free-trade zone that Putin presented during a trip to Berlin in 2010. According to the proposal, an enormous trade zone would be created that would include 700 million people, with 500 million EU citizens and 200 million Russians, Belarussians, Kazakhs and Ukrainians. In Europe, the proposal has found little support.

Two decades after the collapse of the Soviet Union, hopes for a harmonious convergence between East and West have not been fulfilled. Fyodor Lukyanov, editor in chief of Russia in Global Affairs and chairman of the Russian Council on Foreign and Defense Policy, says: "The entire European House that Mikhail Gorbachev once dreamt of stands empty today." 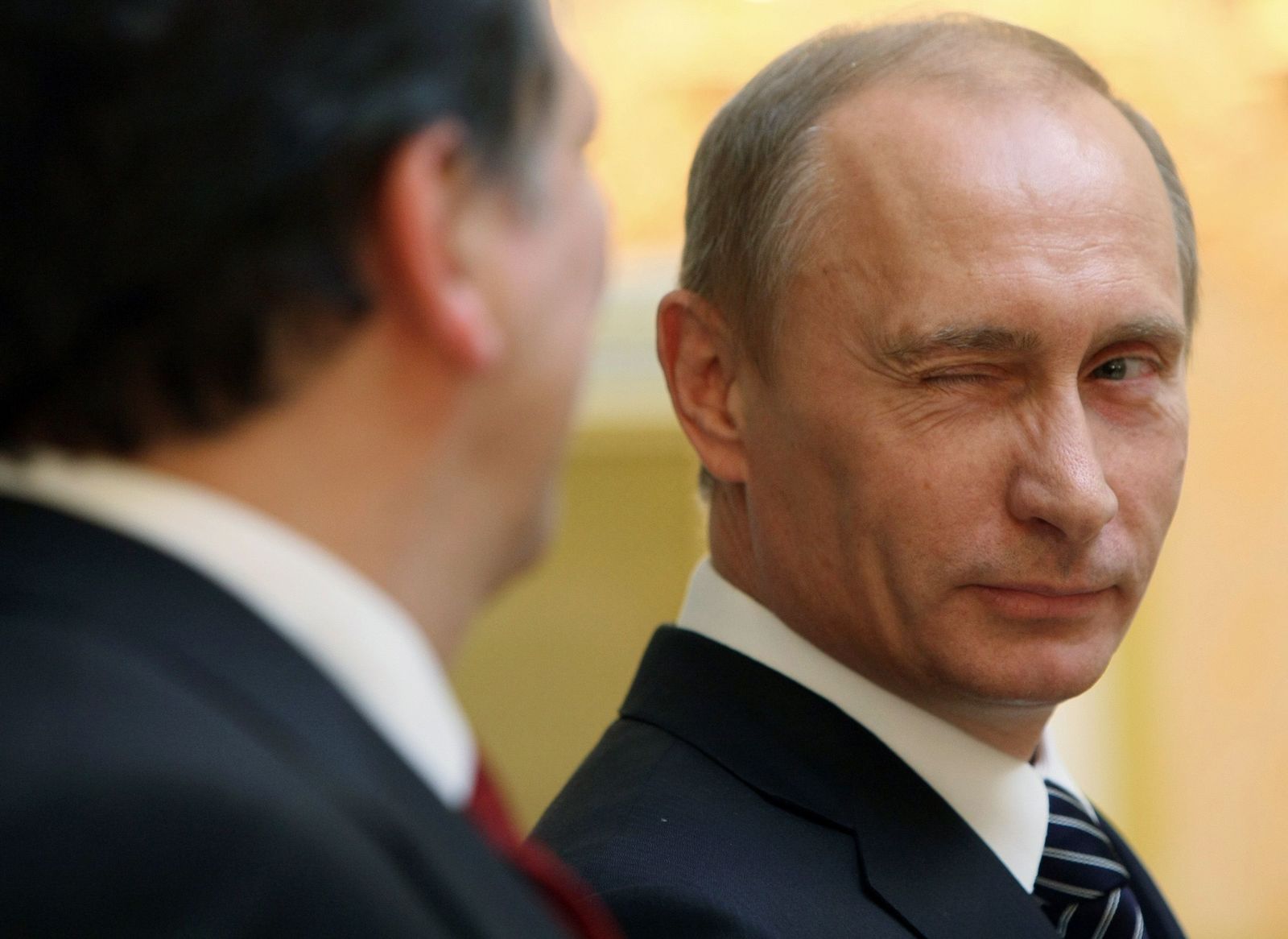