The first day of a European Union summit in Brussels ended in political victory for German Chancellor Angela Merkel, who emerged from discussions after midnight on Friday morning with a German-engineered plan to protect the euro that was largely accepted by EU leaders. "I can say on behalf of Germany that we brought our essential points very far forward," she said.

The EU's 27 leaders endorsed "limited changes" to the Lisbon Treaty to create a permanent emergency mechanism allowing euro zone members to default on sovereign debt without threatening the euro as a whole. The mechanism will replace the €440 billion emergency fund established this year to bail out European nations threatened by the Greek debt crisis. That emergency fund is scheduled to end in 2013.

The new mechanism would also give the European Commission new powers to scrutinize national budgets of member nations -- and impose fines on so-called deficit violators, governments which consistently overshoot deficit guidelines set by the EU's Growth and Stability Pact.

An important caveat is that the fines will not be automatic. Member states also won't strip countries of voting rights in the Council of Ministers -- a proposed punishment floated just before the summit by Merkel and French President Nicolas Sarkozy, which outraged other member states.

Merkel, in fact, outraged political opponents, foreign ministers and her own coalition partners by meeting in private on Oct. 18 with Sarkozy. At the so-called Deauville summit -- a sudden bilateral meeting with Sarkozy in a French seaside town -- she gave away Germany's most sacred demand since the euro crisis began: firm discipline, in the shape of automatic fines, for deficit violators.

Merkel also agreed to a French proposal that deficit violators should lose voting rights in the EU's Council of Ministers. This idea roiled EU member nations that are struggling to bring their budgets in line.

The trouble with the French idea is that it would require wholesale changes to the Lisbon Treaty, the unpopular EU document which has caused so much grief in recent years. The notion of cajoling indebted member states, like Ireland, to re-open Lisbon with the purpose of rescinding some of their own rights seemed beyond the pale.

"If treaty change is to reduce the rights of member states on voting," said European Commission President Jose Manuel Barroso on Thursday, "I find it unacceptable and frankly speaking it is not realistic."

Merkel, however, feared that the crisis mechanism would contravene rules against EU bailouts already written into the Lisbon Treaty. So smaller changes were necessary, and it was this compromise that passed in Brussels on Thursday.

"All were in agreement that a limited revision of the treaty will be necessary (for the new bailout rules)," she said. "The crisis mechanism is valid only in the event that the stability of the euro as a whole is in danger."

Private Investors Will Be Liable

One point of the new bankruptcy mechanism, Merkel said Wednesday in a speech to the German parliament, is to signal to private investors that they will have to bear some costs of risky loans to indebted nations like Greece -- instead of leaving taxpayers liable.

Details of the mechanism are to be settled by the next EU summit in December. EU President Herman Van Rompuy has been asked to determine whether the changes are minor enough to make without sending the Lisbon Treaty back to a referendum in certain EU countries.

Merkel did not get her way in Brussels without creating the impression that she was aloof from criticism, either at home or abroad. Germany has been the single largest contributor to bailout funds during the euro crisis, and on Wednesday she indicated that the new bailout mechanism would be created along German guidelines, or not at all.

And it was apparent to some representatives at the summit that the fuss over voting rights was a German bluff.

"Everyone reckons that (it was) essentially just a bargaining chip on Germany's part to get what they really want," said an unnamed EU source, according to EU Observer. 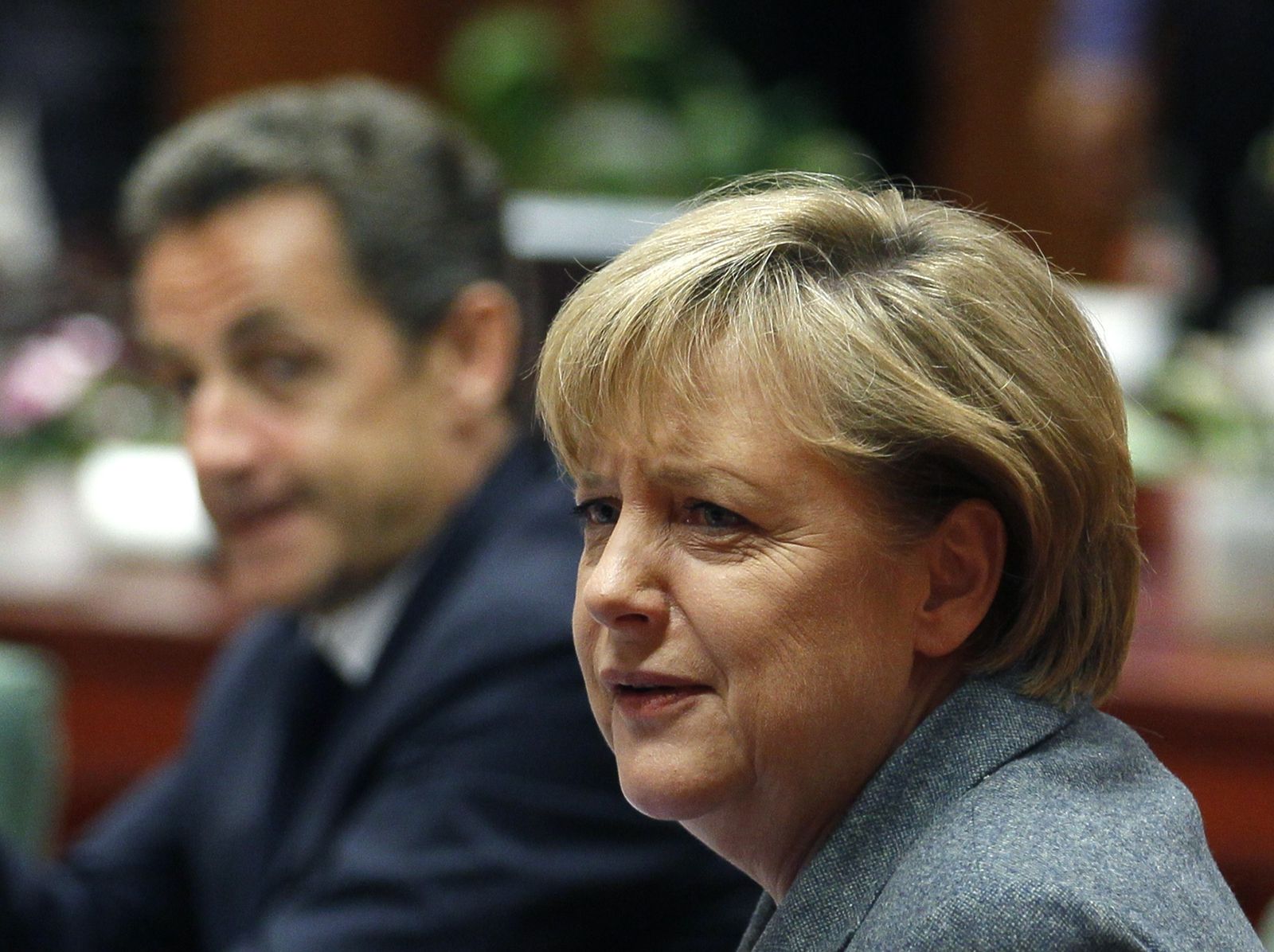