European leaders are set to meet in Brussels on Dec. 19 for their last meeting of the year. But this European Council summit will differ from most of the other recent quarterly meetings in that its agenda will not focus primarily on the euro-zone debt crisis. Instead, for the first time in five years, EU heads of state will gather to discuss the bloc's beleaguered Common Security and Defense Policy (CSDP).

The summit will address a number of objectives that have eluded the European Union in the past, including strengthening joint military capabilities, pooling defense resources, and spurring a more competitive European defense industry. The 28 leaders are expected to outline blueprints for shared policies on cyber defense, maritime security, drones, and air-to-air refueling capacity.

The renewed focus on CSDP comes at a time when the United States -- Europe's traditional security provider -- has begun to shift its strategic focus to Asia, pressuring the EU to strengthen its defense capacity on the Continent and in the neighboring Middle East/North Africa region.

Gen. Patrick de Rousiers, the chairman of the European Union Military Committee (EUMC), is optimistic that EU leaders can make progress. He cited "enhanced solidarity" among member states and a "greater commitment" to addressing both issues of military capability and rapid-response. Due to a reduction in most European national defense budgets, de Rousier explained, there is a "shared identification of the need for interoperability."

Similarly, Claude-France Arnould, the chief executive of the European Defense Agency (EDA), said she expects the summit to offer a "real discussion on defense." The EDA, the organization chiefly responsible for implementing CSDP, played a large role in shaping the agenda for this week's meeting.

Arnould suggested the top priority for EU leaders will be to outline a research and development strategy for an unmanned aerial vehicle (or drone) program, a military technology area in which the EU lags far behind the United States. However, she noted, member states will first need to develop a shared regulatory and certification framework.

Time for a 'Strategic Rethink'?

"The EDA did a great job in preparing this summit in terms of the issues they identified, but the central problem is that it has practically no executive authority," said Nick Witney, the former chief executive of the EDA and a current senior policy fellow at the European Council on Foreign Relations. "The EDA comes up with ideas, gives them to ministers, a communique is written -- and then the day after, national defense ministers decide it's all too difficult," he explained.

Witney recommends that defense ministers share some of their "forward looking plans" in order to facilitate drone development and other projects. More fundamentally, he argued, "We need to have a strategic rethink of what [CSDP] means."

The concept of the Common Security and Defense Policy is rooted in the European Security Strategy, which was first outlined in 2003 and revised in 2008. Witney contends that the security strategy is an out-of-date document based on a premise of "moral interventionism," which does not take into account the current political opposition to such a policy in many European capitals -- not to mention the economic constraints currently facing Europe.

The 2009 Lisbon Treaty created the European External Action Service -- the EU foreign policy umbrella under which both the EUMC and the EDA sit -- and broadened the CSDP framework to include joint disarmament, military assistance, and post-conflict stabilization. It also outlined a number of pan-EU forces that have the potential ability to intervene in the name of CSPD, including Eurocorps.

That force, which grew out of a longstanding Franco-German brigade and now includes troops from Belgium, Luxembourg, and Spain, "could in the future be a starting point for European defense policy," said Eurocorps Commanding General Guy Buchsenschmidt. But first EU leaders need to find more common ground over European defense policy.

"The problem with CSDP is that there is no consensus on the way Europe can engage troops abroad, because EU nations do not perceive the same levels of threat," he explained. Buchsenschmidt also argued that EU leaders should use the upcoming summit as an opportunity to establish a permanent operational European headquarters for CSDP. He added, "If we don't change our mindset, it will be difficult to maintain our place in the world."

Nonetheless, expectations that the summit will help make CSDP more effective are too high and its "real impact will be limited," said Markus Kaim, head of the international security research division at the German Institute for International and Security Affairs. "The problem of CSDP is not a problem of construction or lack of strategy," argued Kaim, "the problem is a lack of political will."

Indeed, as a result of competing national interests, EU member states have thus far failed to take advantage of the existing CSDP infrastructure, including the so-called Battlegroups, multinational battalions that since 2007 have been operational and on standby for rapid responses to crises in and around Europe.

"Mali would have been the perfect case to deploy the EU Battlegroups," noted Kaim, referring to the French intervention in Mali to combat al-Qaeda-linked Islamists earlier this year. But the Battlegroups were never considered a viable option, in large part due to Germany's initial opposition to military intervention in the West African country. (German soldiers ultimately provided medical support for the operation.)

German reluctance to participate in recent international military operations in Mali, and Libya before that in 2011, have made it more complicated for the EU to articulate a common defense and security vision. "The typical German debate on security policy starts with a 'no,'" said Sebastian Feyock, a program officer at the German Council on Foreign Relations. Feyock suggested this approach stems from a deep-seated postwar German ambivalence over all matters military. "We can't even agree in Germany if we should have a national security strategy," let alone a European security strategy, said Feyock.

Roderich Kiesewetter, a member of Germany's parliament, the Bundestag, from the center-right Christian Democratic Union (CDU) and a former staff officer of the Bundeswehr, Germany's military, conceded that the country has left its European allies with a negative impression when it comes to German dependability in military affairs. He said Berlin should offer "more reliability and predictability regarding international commitments" and be clear from the start on "what we can offer and what we do not want to offer."

However, the EDA's Arnould suggested that CSDP has more room for flexibility, allowing for disagreement among member states over specific missions. CSDP, she said, can operate on an "a la carte" basis: "We don't need unanimity."

Arnould also rejected criticism that the European Security Strategy is no longer relevant. She argued that the EU should focus more on how CSDP can be employed effectively by willing nations, rather than negotiating new abstract strategies and treaties. "The first imperative is action, and then we can develop lessons from that action. But we have enough to act," Arnould said. 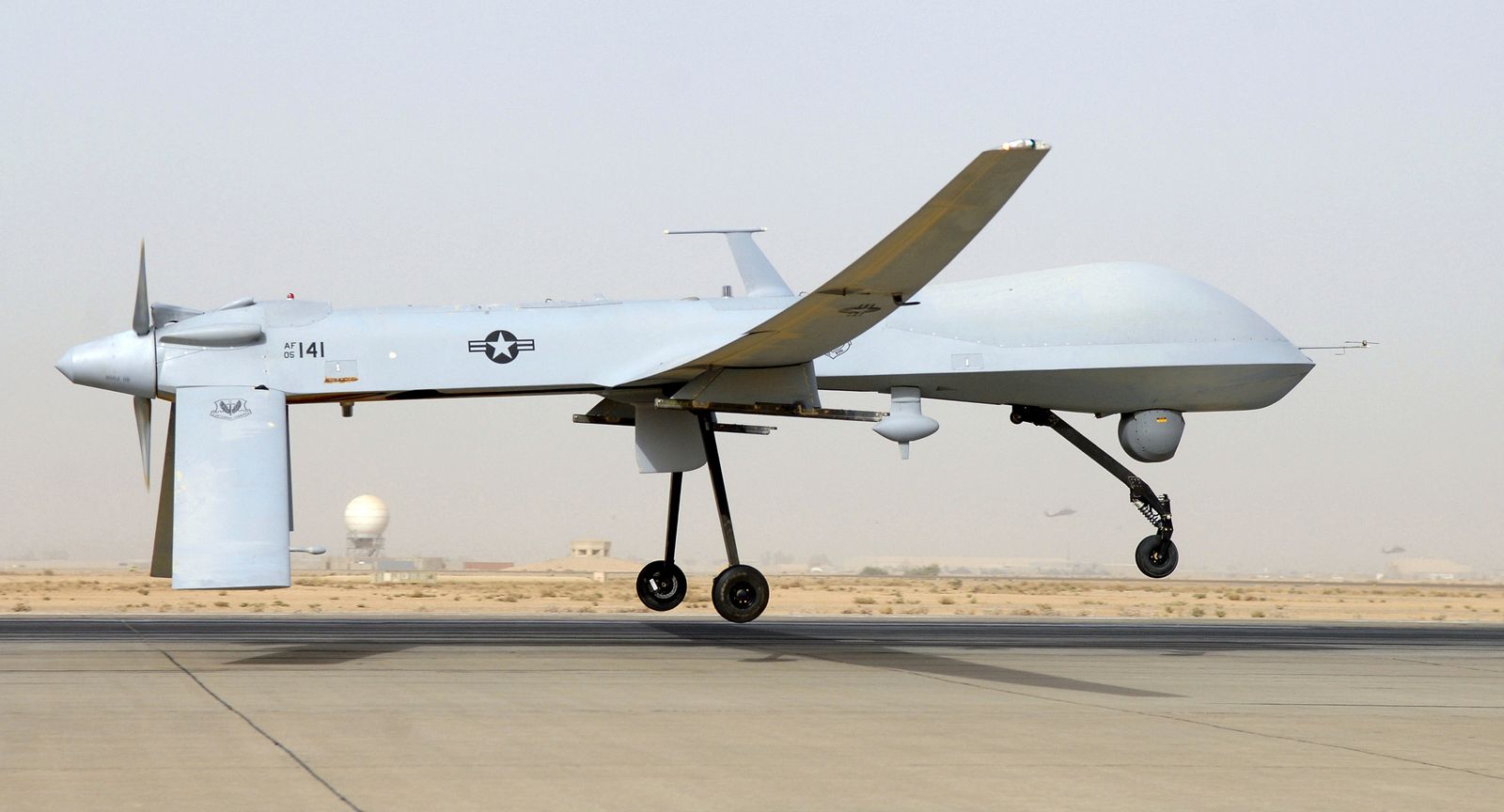 Hopes are high that Thursday's summit will lead to the EU buffing up its defense capabilities and facilitating drone development and other projects. Pictured: an MQ-1B Predator drone.