Inflation is a political hot button issue in Germany, where the hyperinflation of the early 1920s has not been forgotten and many people still have a deep-rooted fear of their money losing value. Now Germany's central bank, the Bundesbank, has made waves with signals that it is willing to tolerate higher inflation.

On Wednesday, Jens Ulbrich, head of the Bundesbank's economics department, told the finance committee of the German parliament that Germany is likely to have inflation rates "somewhat above the average within the European monetary union" in the future and that the country might have to tolerate higher inflation for the sake of rebalancing within the euro zone. Inflation would, however, only rise from a very low to a moderate level, Ulbrich said.

The comments have attracted great interest in the financial world. Britain's Financial Times interpreted it as a signal that the Bundesbank was "softening (its) deep-seated opposition" to inflation. "The willingness to contemplate higher domestic inflation in public comments points to a new-found flexibility in German thinking," the newspaper wrote in a front-page article in its Thursday edition.

In comments to the Financial Times Deutschland, a German newspaper that licenses the name of its British counterpart, economist Carsten Brzeski of the Dutch bank ING described the statement as a "major breakthrough." The Bundesbank has admitted for the first time that Germany must take responsibility for finding a "new equilibrium" in the euro zone, he told the newspaper.

On Thursday, the Bundesbank attempted to clarify its position amid the newly erupted debate. Sources close to Bundesbank President Jens Weidmann told the Reuters news agency that Germany would have to accept higher than desirable price increases at most in the short to medium term. A high-ranking official, who did not want to be named, said that the bank was referring to an inflation rate that lay "moderately above" the European Central Bank's target of just below 2 percent. In the early years of the currency union, Germany had inflation below the 2 percent mark, so it could now cope with a period of higher inflation, the official said. The ECB's main objective is to maintain price stability within the euro zone, and has made it its goal to keep inflation close to, but below, 2 percent in the medium term.

The Bundesbank's Jens Ulbrich did not give concrete figures in his statement to the parliament's finance committee. He only said that it was important that inflation in the euro zone as a whole continues to remain stable, even if it rises in some countries and falls in others. Observers believe the Bundesbank may be reckoning with an inflation rate of around 2.5 or 2.6 percent.

In Germany, the inflation rate is currently at 2 percent, lower than the euro-zone average of 2.6 percent. Economists believe that Germany can cope with higher inflation. Ulrich Kater of Germany's DekaBank told the FTD that an inflation rate of "up to 4.0 percent" would be manageable. The International Monetary Fund's chief economist Olivier Blanchard told the newspaper in a recent interview that some euro-zone members could even cope with rates of up to 6.0 percent.

Ulbrich's statement comes just days after German Finance Minister Wolfgang Schäuble's comments over the weekend that he backed wage increases in Germany, saying they would help to "reduce imbalances within Europe." His remarks have been interpreted as an olive branch to critics who accuse Germany of worsening the debt crisis through weak domestic demand.

The International Monetary Fund has also called on Germany to accept higher inflation. In a report published Tuesday, the IMF recommended that Germany accept a "pickup in wages and some asset prices" as "part of the natural process of rebalancing the sources of growth" in the euro zone. The fund also called on Germany to be more "active" in helping the rest of the currency union deal with the crisis, writing that "the conditions are in place in Germany for a domestic demand-led recovery" driven by consumption and investment.

Economists expect that inflation in Germany will increase in the near future. Higher wage increases have been reached in recent rounds of collective bargaining between employers and unions in Germany. Assuming that productivity does not rise at the same rate, higher wages would reduce Germany's price competitiveness, which would also in turn reduce trade imbalances within Europe.

Europe's politicians are currently trying to reduce so-called current account imbalances, which refers to the difference between what countries import and export. Countries in Southern Europe imported more than they exported for years, meaning they had current account deficits. Meanwhile, wages increased in these countries, making their products less competitive. The higher spending was financed through new borrowing, with the result that southern European countries slid further and further into debt. Germany, meanwhile, exported more than it imported and stayed competitive by keeping its wage costs low, in part through tough labor market reforms.

After the outbreak of the financial crisis, southern European countries found it harder to borrow money, meaning they could no longer finance their large current account deficits. Now, countries such as Spain and Portugal are working to reduce their current account deficits and make their products more competitive. They are lowering wages and reforming their labor markets to make them more flexible, thereby reducing their so-called unit labor costs. Economists believe that the euro zone can only beat the crisis if countries such as Spain and Portugal accept lower prices and wages to make themselves more competitive, while countries like German accept higher inflation in return. 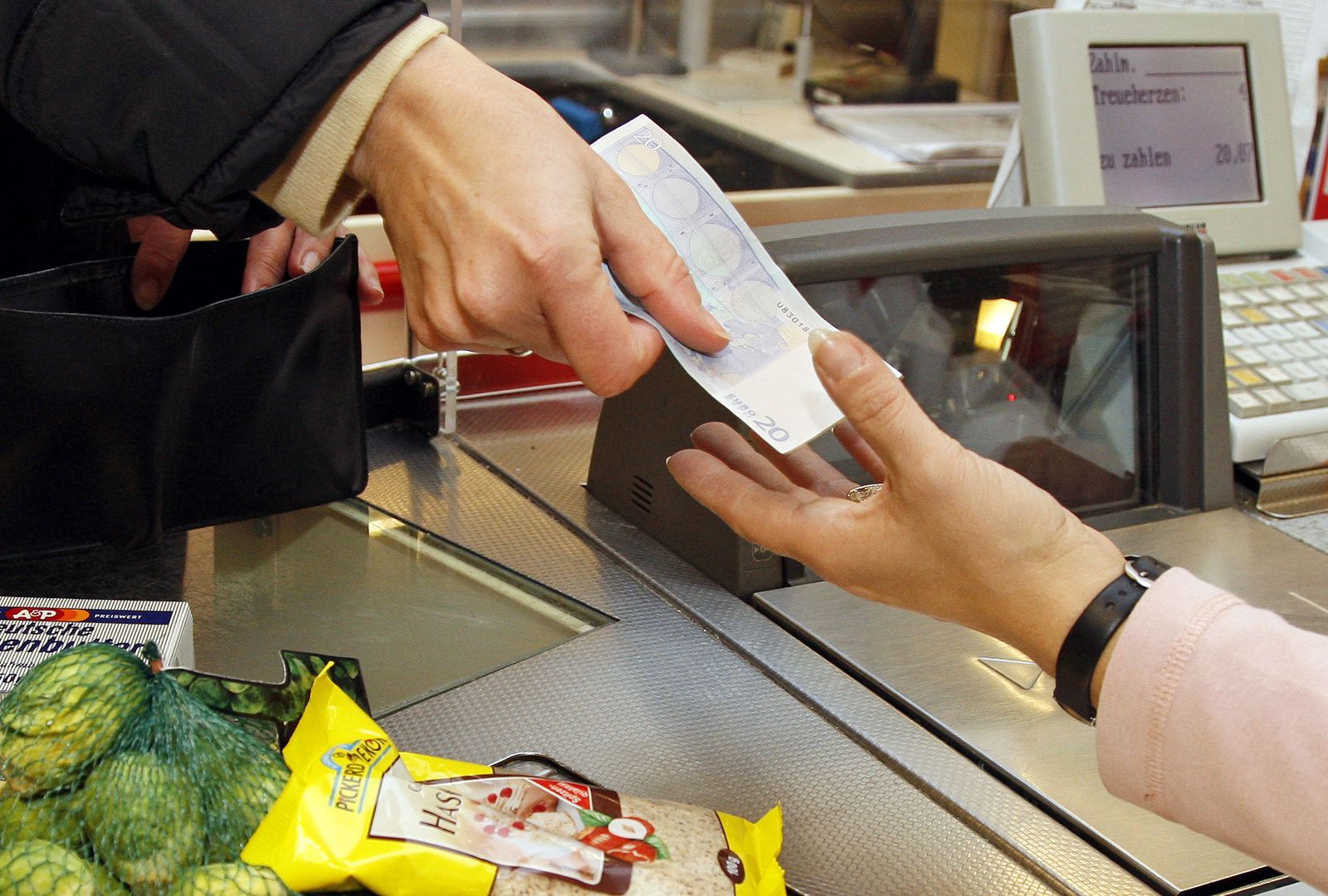 Will things get more expensive at the checkout line? Prices could rise in Germany as a result of rebalancing within the euro zone.