The European Union wants to use all means at its disposal to prevent a repeat of the kind of debt crisis currently gripping Greece and the euro. To do so, Brussels would like to have the ability to intervene in budget-making policy at the national level in countries that use the euro, Europe's common currency.

There will be greater "coordination of the amount and development of all expenditures in the budgets," European Commissioner for Economic and Financial Affairs Olli Rehn told the Financial Times Deutschland newspaper. The euro group of 16 countries that use the common currency would be subject to a body at the European level similar to Germany's Finance Planning Council, where budget policies are co-determined by the federal government and the states. According to the Financial Times Deutschland report, the European Commission is expected to discuss Rehn's proposal on Wednesday.

"Economic imbalances are the cause of the debt crisis," Rehn said. "We have learned a lesson about the lack of economic cooperation." He said the agreements in place for coordinating currency policy in the euro zone are inadequate.

Still, the intiative by the European Commission is likely to be met with resistance from the euro member states. Under existing European treaties, or at least within the context of the Maastricht Treaty, EU member states still have budget-making autonomy. And few EU countries would be willing to give up that independence willingly. An earlier proposal from the European Commission to gain more authority over national budgets still hasn't been implemented.

Rehn himself conceded in the interview that any effort to encroach on the budget independence of a member state was a sensitive issue. "The Commission neither can nor desires to control national budgets," he said, adding that those decisions must be left to national parliaments. "But if we want to take our common fate in the economic and currency union seriously, then all members must observe the rules that they themselves have set." The new Lisbon Treaty of European reforms, he said, also contain a provision, Article 136, that makes closer economic policy coordination possible.

When he first announced plans for a monitoring system in March, Rehn said the euro zone needed tools with which it could easily and quickly determine negative developments in budget policy. "If a national budget is moving in the wrong direction, then it needs to be discussed very seriously by the euro group," he said in March.

Rehn said he planned to discuss his proposal on Friday in Madrid with the finance ministers of the euro zone. The newspaper reported that the EU commissioner later planned to meet in Germany with members of the federal parliament, the Bundestag, to discuss the issue. According to Rehn's plan, the European Commission would then present its proposal for the new monitoring system by May 12.

In his interview with the German newspaper, Rehn also said the Commission wanted to create a framework for pensions systems in Europe. The commissioners for the internal market and social affairs want to issue a so-called green book in June about the state of pensions systems in all EU countries. "We want an assessment in terms of fiscal sustainability and what is appropriate for the people," Rehn said. A number of countries, including Spain, France and Greece are already working on such plans. But, he added, it is important to have common parameters in Europe -- like the age at which people go into retirement, he said. "Without reforming our pensions systems, we will not be able to achieve sustainable public finances." 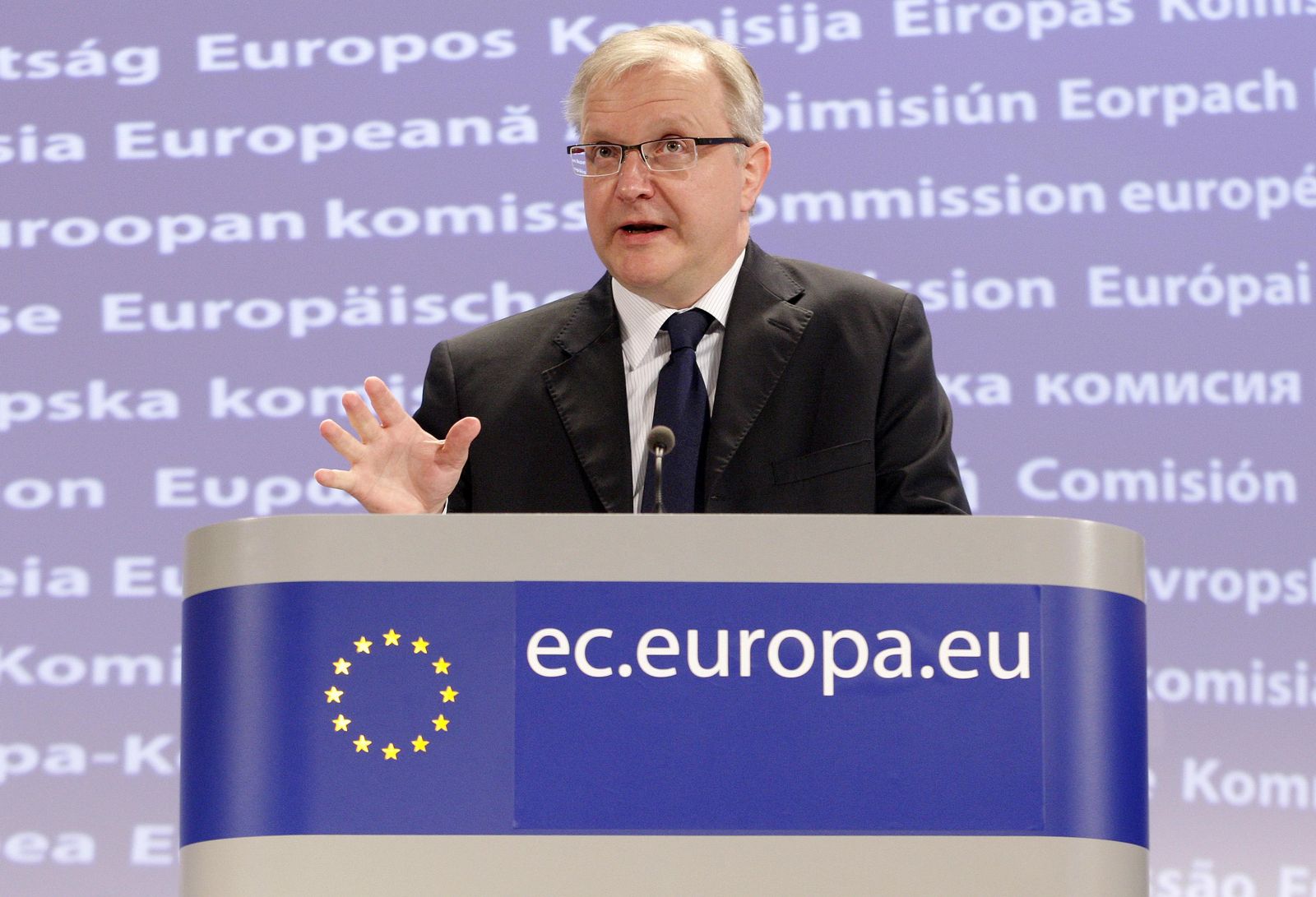 European Commissioner for Economic and Financial Affairs Olli Rehn of Finnland: "We have learned a lesson about the lack of economic cooperation."