In his 18 years as a participant at European Union summits, Jean-Claude Juncker has witnessed a battle or two. But never in his dreams would he become the focal point of a showdown between Germany and Britain.

On the one side in the battle over the former prime minister of Luxembourg stands a very broad coalition in Germany that includes politicians and media running the full spectrum, from left to right. This unusual alliance is demanding that the victor in the elections for European Parliament be appointed as the next president of the European Commission, the EU's powerful executive.

On the other side stands a no less determined British public, which considers a man who is the Brussels insider incarnate to be completely out of the question. The very idea that Juncker was elected by European voters is, to them, laughable.

British Prime Minister David Cameron is actively seeking supporters among the 28 leaders of the EU member states to block Juncker's appointment in the European Council. Last week, Cameron declared to fellow leaders that if Juncker, a federalist, is appointed Commission president, the chances would increase that the British people would vote to leave in a planned 2017 referendum on EU membership.

That is a common opinion in the United Kingdom, but it appears that Cameron has underestimated the effect his words would have. The threat could in fact ultimately cost him a decisive ally: Angela Merkel. For days now, furious politicians and the editorial pages of newspapers have called on Merkel to not put up with this "blackmail." Merkel feels forced to repeatedly ensure her support for Juncker, as she did again in parliament on Wednesday in an address in which she also reaffirmed her committment to Britain staying in the EU.

The German public's suddenly passionate enthusiasm for Juncker caught Cameron off guard. How, his strategists are asking, could the country Britain views as its most important partner when it comes to EU reforms, have fallen for this representative of the status quo?

The fact that even the tabloid Bild has thrown its impassioned support behind Juncker was a "real shock," said Mats Persson, the director of the Open Europe think tank. He says the debate in Germany has developed in ways that are very unfavorable to Cameron.

The British government emphasizes that the country isn't alone, noting that Sweden, Hungary and the Netherlands also want to prevent Juncker from becoming Commission president. But that wouldn't be enough to establish a blocking minority in the European Council. If a vote were to be held, the Juncker faction would likely win.

Merkel could tip the balance against Juncker, and in the immediate wake of the election, she seemed willing. But after the intense debate of recent days, ditching Juncker would now be seen as kowtowing to the Brits. As much as she would like to protect Cameron from a loss of face, she would probably not do so if it meant a personal defeat for her.

As such, it very much looks like Cameron has backed himself into a corner, left with no leverage to convince Merkel to change course. Tory members of the European Parliament have, to be sure, threatened to invite Germany's euro-skeptic AFD party to join their group in European Parliament should Merkel stick with Juncker. Cameron famously withdrew his party from the center-right European People's Party, of which Merkels Christian Democrats are members, five years ago to appease his Tories' EU-skeptic wing in a move that deeply angered the German chancellor.

But Cameron likely has little interest in magnifying the already significant differences between his party and Merkel's Christian Democratic Union. In the long term, he is dependent on Merkel's help should he move ahead with plans to renegotiate Britain's position in the EU.

Even the threat to leave the EU looks hollow upon further inspection. There is no doubt that installing Juncker as Commission president would be wind in the sails of EU opponents in the country. "Those who are in favor of leaving the EU are praying that Juncker will be named," Charles Grant of the Centre for European Reform told the German daily Frankfurter Allgemeine Zeitung. Gideon Rachman, columnist for the Financial Times, wrote that the idea that the native of Luxembourg could become Commission president "evokes a strange, irrational rage in the British."

But that could also be said of José Manuel Barroso or Herman Van Rompuy. The probability that a new face in Brussels could even minimally influence British attitudes toward the EU is very low. Indeed, the majority likely doesn't care at all who becomes EU Commission president. It is hard to imagine the result of the referendum being influenced by this at all.

Some EU veterans believe Cameron's categorical opposition to Juncker to be a significant tactical error, with many saying that he misinterpreted the situation in Brussels. "If I were Mr. Cameron, I would go to Juncker and say: These are my conditions," says Richard Corbett, a Labour Party member who was just elected to the European Parliament and who previously was EU Council President Herman Van Rompuy's chief of staff. In his view, Juncker could adopt a reform mandate by the Council. If Cameron wanted. 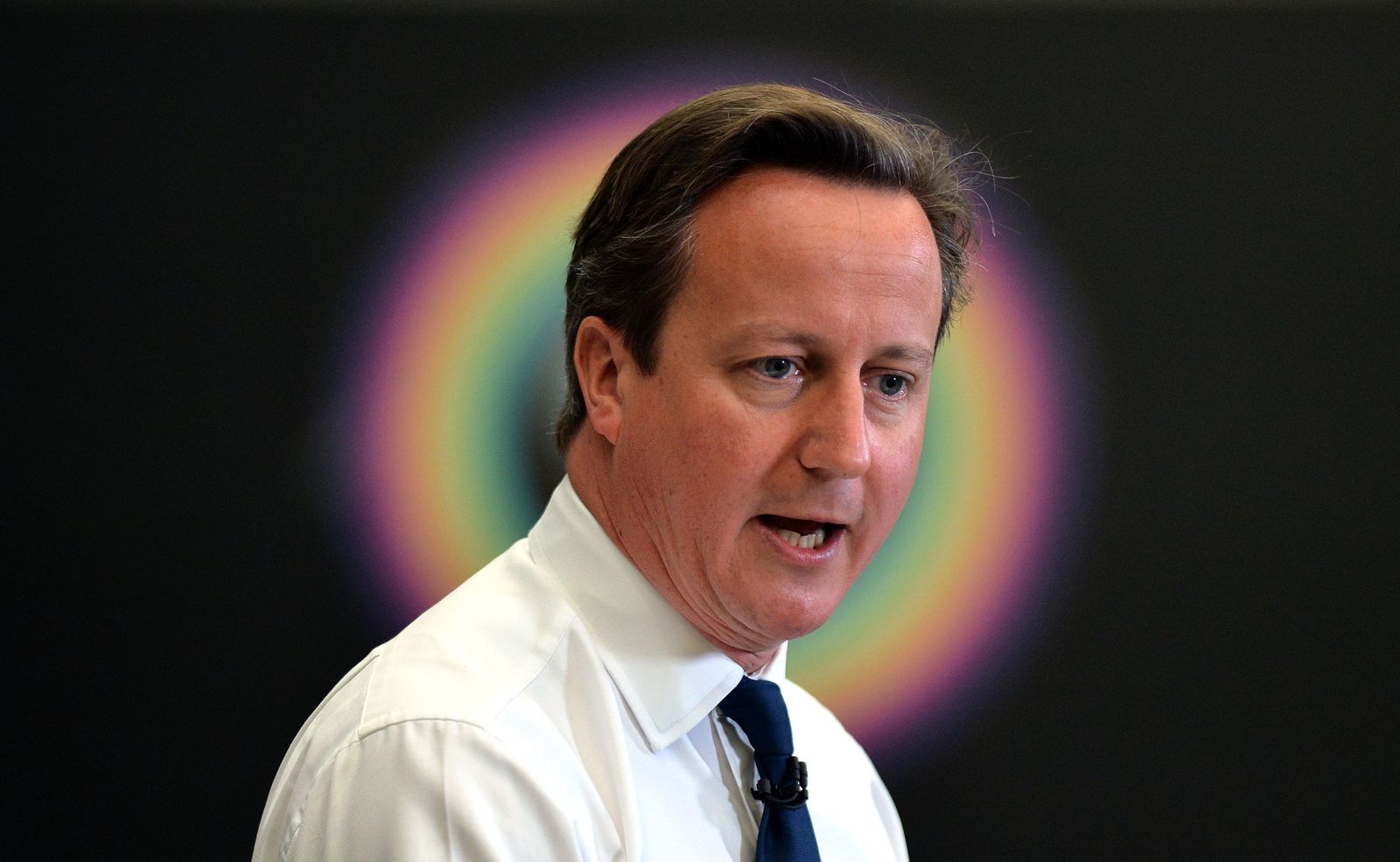 Backed into a corner? British Prime Minister David Cameron has said he categorically rejects Jean-Claude Juncker as the next president of the European Commission.