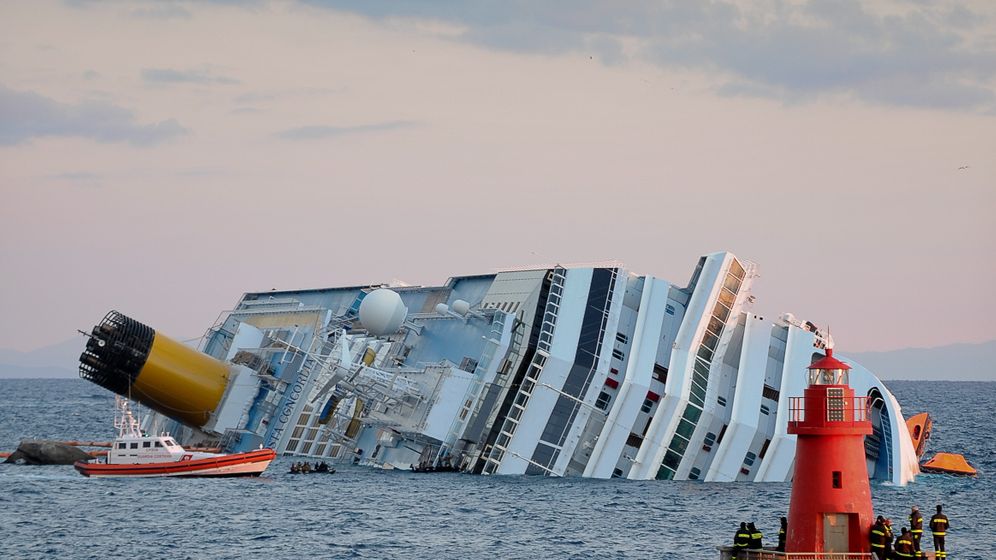 Hopes are slowly diminishing of finding any more of the missing passengers and crew alive. But rescue workers on Tuesday are continuing their attempts to search through the badly listing cruise ship Costa Concordia just off the coast of the tiny Tuscan island of Giglio.

Search teams used small explosive charges on Tuesday morning in an attempt to access parts of the ship that have not yet been searched. On Monday, officials announced that 29 people were still missing in the disaster -- almost double the number that had previously been announced. Fourteen of the missing are Germans, six are Italian, four are French with the rest coming from the US, Hungary, Peru and India. Not long after the announcement, five bodies were recovered from the ship, bringing the confirmed death toll to 11.

"Now we will have better access to the gathering points on the ship, where it seems there might be more chance of finding someone, dead or alive," fire department spokesman Luca Cari told Reuters in reference to the use of explosives.

Still, the chances of finding any more survivors appear to be slim. A senior fire fighting official told Reuters that all of the areas of the ship that remain above the water line have been searched. Furthermore, while the weather on Tuesday was slightly improved, choppy water has made the search dangerous. Indeed, rescue workers were pulled out of the ship for a short time on Monday after the Costa Concordia shifted by a few centimeters. Marco Brusco, head of the coast guard, said that searching a ship that is lying almost completely on its side is dangerous even for the most experienced of divers.

Even as the search continues, however, increasing attention is being focused on the ship's captain, Francesco Schettino, who was arrested on Saturday on accusations of manslaughter and of abandoning the ship before the evacuation was complete. He is expected to appear in court on Tuesday for questioning.

He is thought to have intentionally steered the ship close to shore in order to "greet" the residents of Giglio island. People who live on the island say it has become common practice for cruise ships to sail close to shore to provide tourists on both the ships and the island with a spectacle. Furthermore, reports have emerged that the ship's head waiter, Antonello Tievoli, who hails from Giglio, had telephoned his father just before the accident to tell him that the Costa Concordia would soon be sailing past. The head waiter's sister posted a similar message on Facebook just before the ship ran aground.

Tievoli's father Beppe told SPIEGEL ONLINE that ships "saluting" the island by sailing close to shore had become "completely normal." He said that his son often called ahead as his ship was approaching Giglio, a route he frequently worked.

This time, however, it appears that Schettino came even closer than normal. "You don't have to be a Nobel prize winner to understand that a ship of that size should stay far from the coast," said Italian Environment Minister Corrado Clini. The Costa Concordia is 290 meters (1,000 feet) long and is one of the largest cruise ships ever to founder.

Costa Cruises, which owns the ship, distanced itself from the captain on Monday, saying that the wreck amounted to human error. The ship's navigation systems were fully operational, CEO Pier Luigi Foschi told reporters, and added that the route had been correctly programmed. "Captain Schettino took an initiative of his own will which is contrary to our written rules of conduct," Foschi said. "The fact that (the ship) left from its course is due solely to a maneuver by the commander that was unapproved, unauthorized and unknown to Costa."

In addition to having sailed too close to the rocky coastline, the captain has been accused of leaving the ship prior to completion of the evacuation on Friday evening. Eyewitnesses have reported seeing the captain onshore in the late evening, even as crew on the ship were completing the evacuation. Schettino has denied the accusations.

But the Italian news agency ANSA on Monday evening published what it claims are excerpts from the ship's data recorder, or black box. One of the excerpts is from a 1:46 a.m. conversation between an official at the Giglio island port and the captain. The official is demanding information from the captain about the evacuation effort and about those who might remain on board. The conversation likely took place over a ship-to-shore radio.

"You must tell us how many children and women there are," the official says, according to ANSA. Following allegedly evasive responses from the captain, the increasingly agitated official says: "What are you doing? Are you abandoning the rescue?" Schettino responds: "No, no. I am there. I am coordinating the rescue."

In another section, it becomes apparent that the captain is not totally aware of what is happening. When the port official mentions that bodies had been found, Schettino demands "How many?" The official responds, "That's what I want you to tell me! What are you doing? You need to go back up there and tell us what we can do!"

According to ANSA, the captain appeared to give contradictory answers in a 1:42 a.m. conversation as well. Schettino allegedly told the harbor master in a telephone conversation that "we can no longer go onboard the ship because it is listing astern. In response, the harbor master demanded: "Commander, have you left the ship?" Schettino responded, "No, no, of course not."

Reuters reports that Italian daily Corriere della Sera has published transcripts of a conversation between the coastguard and the captain. The coastguard official reportedly said: "Listen Schettino, perhaps you have saved yourself from the sea, but I will make you look very bad. I will make you pay for this. Dammit, go back on board!"

Meanwhile, Italian officials were concerned that, should the weather worsen and the ship slide off the rocks into deeper water, an environmental disaster could loom. The area is popular with divers and, with 500,000 gallons of fuel on board, a leak could do serious damage. The salvaging company Smit, based in Rotterdam, Netherlands, has been commissioned to extract the fuel.

On Tuesday, the Financial Times Deutschland reported that the insurers of the ship will likely have to calculate a loss of close to a half billion euros. Carnival Corp., the Miami-based cruise company which owns Costa Cruises, said that it will likely lose some $90 million in earnings in 2012 by virtue of having the Costa Concordia out of commission.

With reporting by Julia Stanek