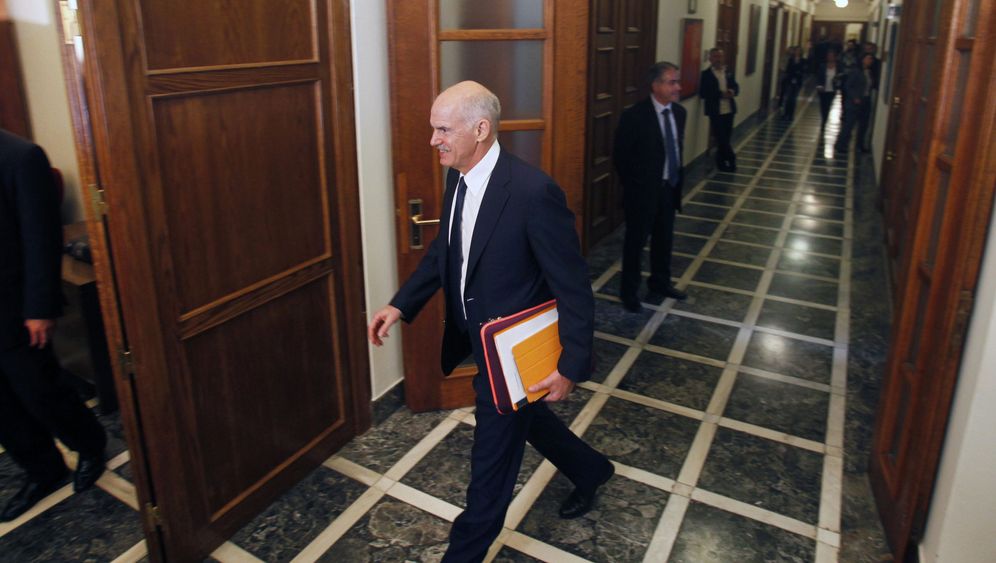 German Chancellor Angela Merkel seems to have gotten her way yet again. Not even a day after she and French President Nicolas Sarkozy suspended aid payments to Greece pending the results of a bailout referendum called by the government in Athens, Prime Minister Giorgios Papandreou has backed away from his plan.

On Thursday, a government spokesman in Athens announced that Papandreou was ceding to demands that he enter into negotiations with the opposition on the formation of a cross-party caretaker government. Shortly thereafter, plans were scrapped to hold the controversial referendum, a decision confirmed by Greek Finance Minister Evangelos Venizelos.

The move comes following a day of intense pressure from members of Papandreou's Socialist Party for the prime minister to resign ahead of a confidence vote that had been scheduled for Friday. With the opposition likewise calling for new elections, it had begun to look doubtful whether Papandreou could have survived such a vote.

A transitional government, it is hoped, would secure the payout of a desperately needed €8 billion ($11 billion) tranche from the European Union aid package passed in early 2010. Following an emergency cabinet meeting on Thursday, Papandreou said he had invited the opposition to join negotiations over a new EU aid package approved at a Brussels summit last week.

On Monday, Papandreou had announced plans to hold a national referendum on the EU bailout package for his country and the concurrent austerity measures imposed by his government. The announcement sent global markets plunging and outraged both Merkel and Sarkozy.

In a Wednesday night meeting in Cannes, where leaders of the world's top economies are gathering for the G-20 summit, the two made clear to Papandreou that a "no" vote would likely mean the end of Greece's membership in the euro zone. A disorderly Greek insolvency would almost surely have followed.

Merkel and Sarkozy were particularly outraged at not having been informed of Papandreou's intention to hold a referendum before he announced it on Monday. Furthermore, the jolting news came just days after EU leaders, meeting in Brussels, had assembled yet another vast aid package for Athens and agreed to slash the country's debt by 50 percent. Global markets had initially reacted favorably to the news.

In comments on Thursday, Papandreou acknowledged that a Greek rejection of the bailout package would have been tantamount to his country exiting the euro zone. But, he added, Greece's membership in the common currency bloc would not have been put up for a vote.

Even though his cabinet had initially supported Papandreou's referendum plan, it became increasingly clear on Thursday that some in his party were backing away. Two Socialist lawmakers announced they would defect in a confidence vote scheduled for Friday, virtually eliminating the already razor-thin parliamentary majority Papandreou enjoyed.

'Something We Can Live Without'

More concerning for the prime minister were calls from several of his ministers for a national unity coalition government to be formed to approve the bailout package and eliminate the need for the referendum. On Thursday, Papandreou's own finance minister broke ranks. "Greece's position within the euro area is an historic achievement for the country that cannot be put in doubt," said Finance Minister Venizelos. Something of such great importance, he said "cannot depend on a referendum."

Venizelos did, however, urge Socialist parliamentarians to back Papandreou in Friday's confidence vote.

Despite his newfound willingness to form a unity government with the opposition, Papandreou said on Thursday that he was not resigning, adding that new elections would mean Greece's departure from the euro zone. Indications are that Friday's confidence vote will go ahead as planned.

European Union leaders have long been calling for a national unity government in Athens, particularly given the conservative opposition's ongoing refusal to support the austerity measures that Europe has been demanding as a condition for aid. Merkel and Sarkozy heaped on the pressure on Wednesday, essentially opening the door for a possible Greek exit from the euro zone.

On Thursday, Luxembourg Prime Minister Jean-Claude Juncker, who also heads the euro group made up of euro-zone finance ministers, said that officials were looking at possible scenarios for Greece's departure from the euro zone. Jean Leonetti, France's Europe minister, said "Greece is something we can get over, something we can live without," in an interview with RTL radio. 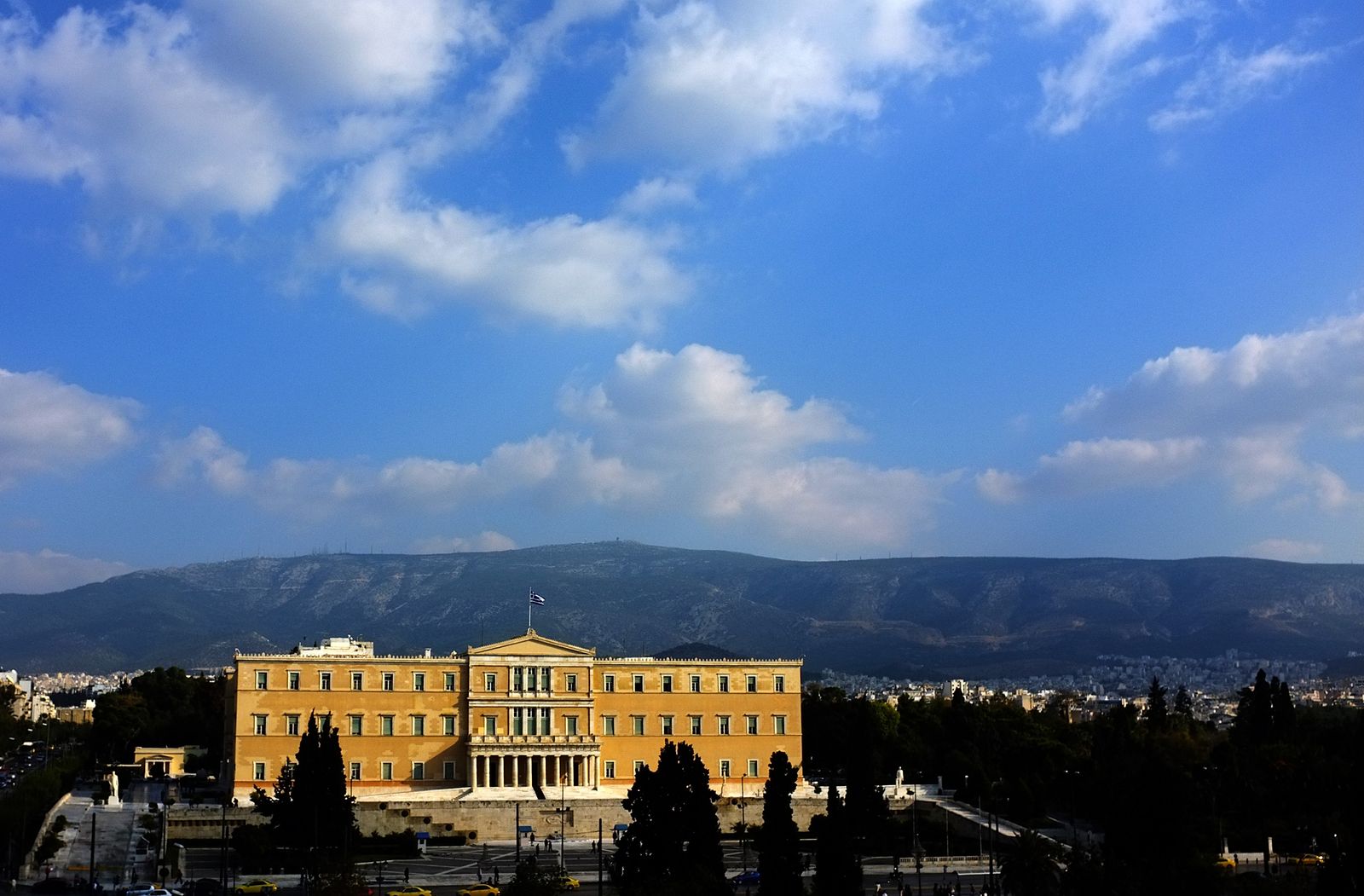 On Thursday, Greece backed away from the referendum. On Friday, however, Papandreou faces a vote of confidence in Greek parliament, pictured here.