Chancellor Angela Merkel reinforced her Nein to euro bonds on Wednesday and sharply criticized euro zone reform proposals presented by top EU officials this week. Her remarks set the stage for what promises to be a difficult, fractious EU summit on Thursday.

In a statement to Germany's lower house of parliament, the Bundestag, Merkel made clear that she will not bow to intense international pressure on Germany to agree to joint bond issues that would calm the euro crisis by stabilizing ailing euro-zone member states like Italy and Spain.

"I profoundly disagree with the stance taken in the report that precedence is given to mutualization, and that more control and enforcable commitments take second place and are phrased in very imprecise terms," said Merkel, to applause from conservative parliamentarians.

'Too Much Talk of Joint Liability'

"There is a clear discrepancy between liability and control in this report, so I fear that the summit will once again talk too much about all kinds of ideas for possible joint liability, and much too little about improved controls and structural measures."

She said instruments such as euro bonds, short-term euro bills and a common debt repayment fund would be in breach of the German constitution in any case, and that she regarded them as "economically wrong and counterproductive."

She added that not even the German federal government and the regional state administrations had mutual liability for their debt, and that neither the United States nor Canada did either.

"What we need instead to develop a union of stability is more enforcement rights on the European level when budget rules are breached," she said. "I will sound out in Brussels whether other member states are prepared to go down such a path, including making the necessary treaty changes."

'The World Is Waiting for Our Decisions'

"I will also make clear that the clock is ticking, the world is waiting for our decisions, the world wants to understand (…) where this European Union and especially the euro group is heading." Merkel also said she expected "intense discussions" in Brussels.

In a clear signal to international partners to tone down their demands, Merkel said Germany's economic strength has its limits and that its scope to bail out other nations must not be overestimated. "Germany is the economic motor and anchor of stability in Europe but even Germany's strength isn't endless," she said.

Merkel, who on Tuesday declared that Europe would not share debt liability "as long as I live," repeatedly stressed her opposition to euro bonds, saying: "The mistakes of the past must not be repeated. Politically enforcing equal interest rates after they didn't work well in markets would be repeating an old mistake. "

She said she would push for the summit to agree to a timetable and a working method to decide on reforms of the euro's architecture. "Our work must convince those who have lost confidence in the euro zone, not by self-deception and sham solutions but by fighting the causes of the crisis," she said. 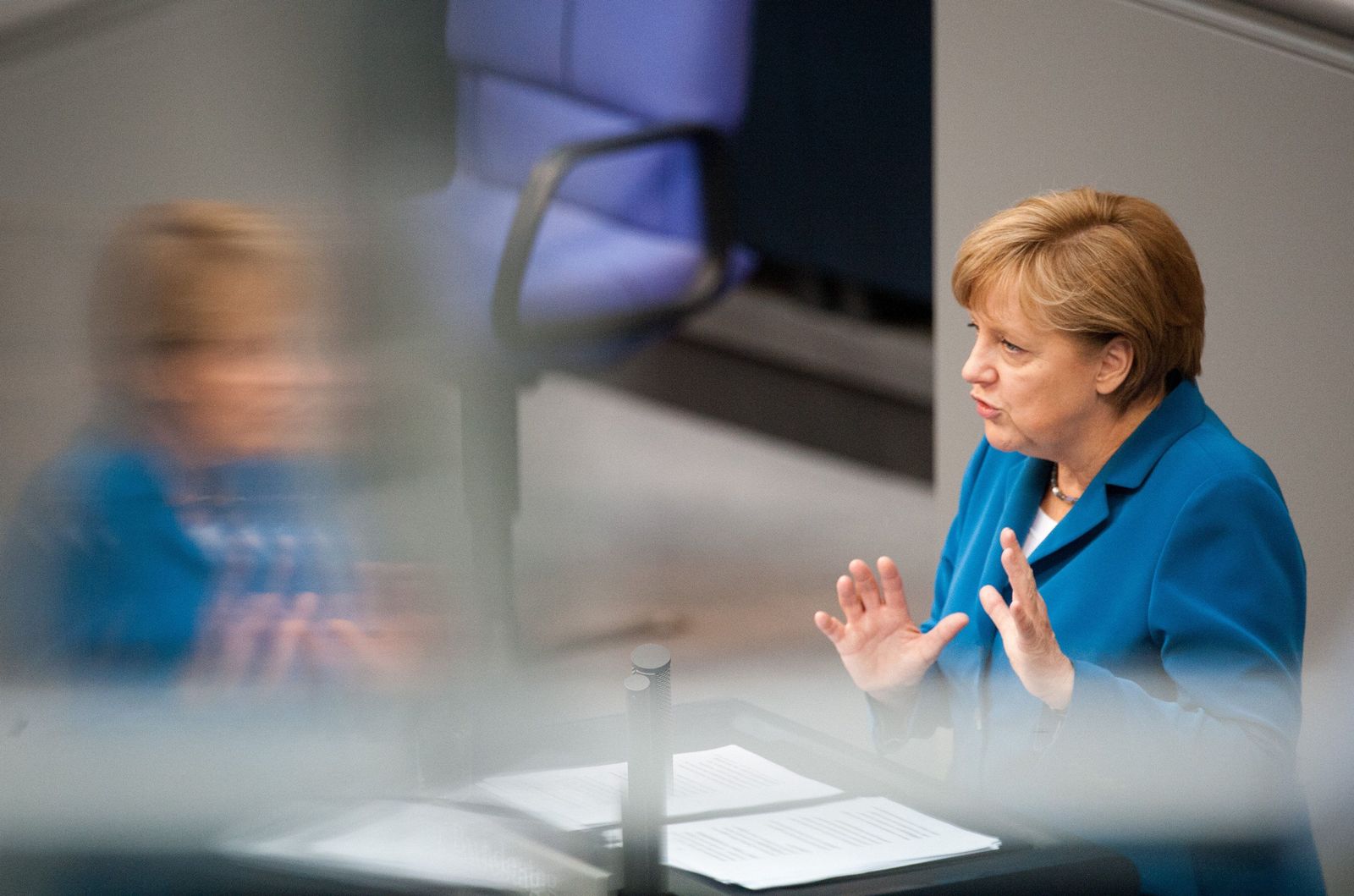 Chancellor Angela Merkel delivering her statement to parliament on Wednesday.