It was exactly 41 minutes past eight on the morning of April 10, 2010 when the Tupolev 154 carrying Polish President Lech Kaczynski clipped a birch tree with its left wing and crashed into the forest just short of the military airport in Smolensk, Russia. In addition to the Polish head of state and his wife, 94 dignitaries -- including military, church and political leaders as well as family of those killed in the Katyn Massacre -- also lost their lives in the disaster. The president and his entourage were on their way to a ceremony marking the 70th anniversary of the massacre, which saw 20,000 Polish soldiers murdered by Soviet leader Joseph Stalin's secret police.

The trip was intended to be a sign of reconciliation -- an indication that the decades of Russian-Polish acrimony resulting from that 1940 massacre were coming to an end. Indeed, in the days immediately following the crash, both the Russians and the Poles were quick to pledge full cooperation in the investigation. The tragedy, so it seemed at the time, could ultimately lead to historic rapprochement.

This week, however, saw yet more evidence that the opportunity for cooperation has passed. A Polish investigative team looking into the crash released a preliminary report on Tuesday focusing on the performance of the control tower at the Smolensk airport. According to the team's findings, the Russian air traffic controllers were, like the Polish pilots flying Kaczynski's plane, under immense pressure from above to allow the plane to land.

The Russian air traffic controllers were "operating at their psychological limits," said Miroslaw Grochowski, a member of the investigative team, in Warsaw on Tuesday. "They didn't offer the Polish flight crew enough support."

Polish Interior Minister Jerzy Miller, who heads up the panel, went even further in his comments. The controllers, he said, repeatedly told the crew that they were on the correct course to land. In actuality, however, the plane was both 70 meters (230 feet) too low and 80 meters off course just before the crash, he said.

The Polish report is based on an analysis of tower recordings. Warsaw has criticized Moscow for not yet having made available higher quality sound files and says that some 20 percent of the recordings they have received so far are unintelligible. Nevertheless, the Tuesday report said, it was clear that chaos reigned in the control tower during the Tupolev's approach with telephones ringing constantly and orders coming through from Moscow.

Russia's Interstate Aviation Committee said on Tuesday that it would publish the full transcript of remarks recorded in the air traffic control tower.

The Polish report says that the control tower failed to warn the Polish pilots in time of the "atrocious weather conditions," including thick fog which limited visibility to just 300 meters. Furthermore, the order to abort the landing came much too late, the report concludes.

'Direct Responsibility Lies with the Russians'

Tuesday's report is the Polish reply to a Russian report issued last week which placed the blame squarely on the shoulders of the Polish flight crew. The investigative team from Moscow came to the conclusion that the Polish pilot, Arkadiusz Protasiuk, and his crew should never have tried to fly through the thick fog on the approach to Smolensk. The Russian investigators also said that Protasiuk ignored computer warnings and also didn't react to the order to abort the landing. They come to the conclusion that he was under pressure from President Kaczynski to land. The presence of Polish air force head Andrzej Blasik, who had a blood alcohol level of 0.06 percent, in the cockpit also placed further pressure on the pilots to land, the report found.

The government of Prime Minister Donald Tusk immediately rejected the Russian results as being too one-sided. While saying it was necessary to accept that mistakes were made by the Polish crew, he also argued that the role of Russian air traffic controllers must likewise be examined. Still, Tusk did his best to present the disagreement as merely a difference of opinion among flight experts. He wanted to prevent the back-and-forth from endangering recent improvements in Russo-Polish relations.

President Lech Kaczynski's twin brother Jaroslaw, however, has shown little interest in conciliation. Jaroslaw, former Polish prime minister and current leader of the opposition, has shown a weakness for conspiracy theories relating to the April crash. Recently, for example, he voiced doubts as to whether his brother's body was in fact buried in his grave in Krakow. Last week, he called the Russian report "a joke against Poland."

On Tuesday, he offered his analysis of the new Polish report. "This is information of key importance because it shows who is guilty of this catastrophe," he told reporters. "Direct responsibility for the crash lies first and foremost with the Russians." 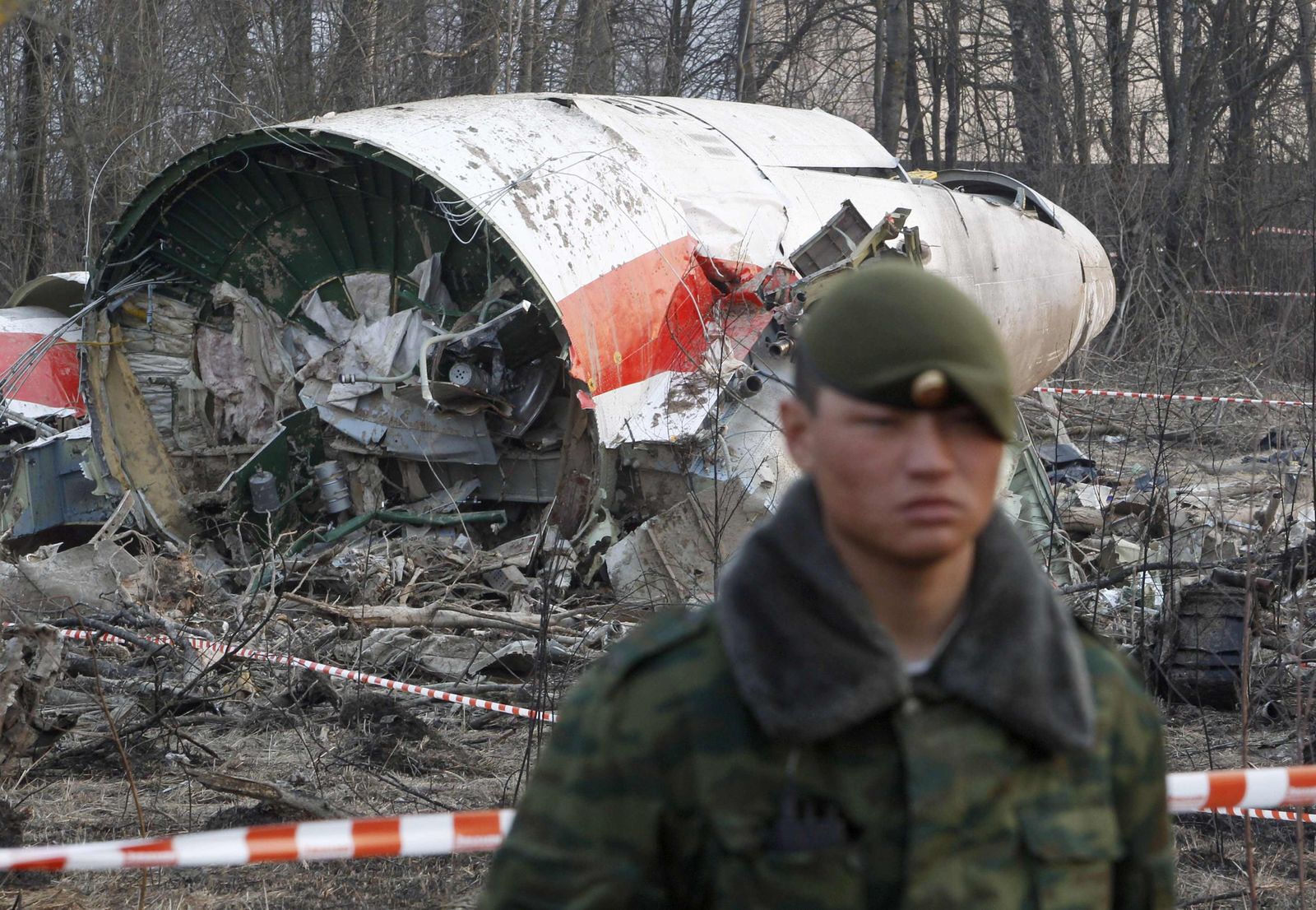 The airplane crash in Smolensk on April 10, 2010 cost the lives of 96 people, including Polish President Lech Kaczynski.