The hour was late, but Andreas Georgiou was still at his office last Friday evening. He sounded calm and poised, certain that he had done his duty. But Georgiou, 53, also sounded dumbfounded. "It strikes me as odd," he says, "that we are being prosecuted in a European Union member state for actually following European law."

When Georgiou decided in the summer of 2010 to take over leadership of the revamped, newly independent Greek statistics service ELSTAT, he never imagined that the position could land him a jail sentence. But at the end of January, felony charges were filed against Georgiou and two senior ELSTAT staffers for allegedly inflating the 2009 deficit. In other words, at a time when the rest of the world was furious that Greece had artificially improved the country's budget statistics, Greek prosecutors are accusing Georgiou of doing the opposite. Prosecutors acted after a 15-month investigation into allegations made by a former ELSTAT board member. If found guilty, Georgiou faces five to 10 years in prison.

At stake in the ELSTAT case is more than the credibility of a senior statistician, one who previously worked for 20 years at the International Monetary Fund. The entire bailout of Greece was based on the numbers provided by ELSTAT on the deficit figures for 2009 onwards. ny deal with the troika might unravel were the foundation of the agreement to be suddenly altered.

The ELSTAT affair also tests the cohesion of the already fragmented three-party coalition government, made up of the conservative party New Democracy and its junior partners PASOK and Dimar. Several New Democracy parliamentarians blame Georgiou and their former PASOK adversaries for falsifying the data in an attempt to place all the blame for the Greek economy's maladies on the New Democracy-led government of Kostas Karamanlis, who led Greece from 2005 to 2009.

But what would Georgiou have to gain by deliberately making the Greek economy look to be in even worse shape than it actually was? Georgiou's detractors have a number of theories. Some say he was simply overzealous. University of Athens economics professor Yanis Varoufakis, for example, argues that: "When the whole world assumes that Greek statistics are always going to under-estimate the budget deficit, changing this reputation and impressing the world that things have changed meant one thing: getting it right or, since statistics can never be precisely right, issuing predictions that err on the side of over-estimation."

That, though, is the most generous of the explanations currently circulating in Athens. Some argue that the technocrat Georgiou was serving his former superiors at the IMF and the European statistics agency Eurostat, which is led by a German. This theory holds that Greece was to be brought to its knees by imposing harsh austerity measures based on bloated deficit figures.

There is also no love lost between Georgiou and ELSTAT employees, with the union representing those workers having waged war against him almost from the start. It is telling that the union greeted the prosecution announcement with hardly concealed joy. "There is a moral obligation to remove ELSTAT's chairman until there is a final ruling," the union said. "It is beyond belief that ELSTAT should be led by a man of our creditors."

Many say the charges against Georgiou are over the top, if not outright fabricated. Miranda Xafa, CEO of E.F. Consulting and a former member of the IMF executive board, told SPIEGEL ONLINE that "the investigation is motivated by a desire to blame the Greek debt crisis on external factors, such as speculators, bankers or austerity imposed by (German Chancellor Angela) Merkel and the IMF. Instead of investigating whether the Greek government understated the deficit before the crisis, they are investigating whether it overstated the deficit after the crisis!"

Even prominent opponents of policies pursued by Greece's creditors, like professor Varoufakis, believe this is a witch hunt. Georgiou's prosecution, he wrote in his blog, is an attempt to pacify the anger of government supporters with the ongoing austerity-driven economic problems "while staying the course with the same austerity policies that the Papandreou government first implemented three years ago."

Mr. Georgiou's line of defense is that most of the revisions that corrected the budget deficit from a projected 6 percent of gross domestic product in 2009 to a whopping 15.4 percent 12 months later were undertaken during the PASOK-led government of Georgios Papandreou. They also took place before Georgiou had taken up his post. Furthermore, Greece had already agreed on a bailout with its euro-zone partners and with the IMF before he took over the reins at ELSTAT. Under his leadership, the deficit only rose from 13.6 to 15.4 percent, a substantial revision to be sure, but irrelevant to Greece's bailout.

Xafa says that all Georgiou did when he took over as head of the Greek statistical service was to comply with EU rules. She notes that nearly half of the revisions undertaken under Georgiou's watch were the result of adding loss-making entities such as rail, public transport, defense and other sectors to the government books. "These losses were real and had to be financed, whether they were included in the deficit" or not, she says.

Georgiou himself feels that, if he is guilty of anything, it is for breaking with tradition and bringing the infamously dodgy Greek public finance records in line with EU standards. "Since taking up my post two-and-a-half years ago, the biannual publications of government deficit and debt statistics of the Greek statistics office have been accepted without any reservation by Eurostat," he told SPIEGEL ONLINE. "All my energy is focused on preserving and extending this unprecedented track record for Greece with the upcoming release of public finance statistics in April."

'Sticking to the Truth'

Georgiou has also received support from his European colleagues. When word got out about the prosecution, Eurostat expressed its "deep concern" about developments in Greece, while confirming that ELSTAT's numbers under Georgiou's watch have been impeccable. In a statement released on January 23, the German head of Eurostat Walter Radermacher wrote: "As we all know, the independence of a statistical office is crucial for the credibility of its statistics and, in this difficult situation, Mr. Georgiou retains my full confidence."

The ELSTAT head is also supported by the Finance Ministry. According to a senior ministry staffer, the government accepts the 2009 numbers and has no intention of getting rid of Georgiou. Technically, firing him wouldn't be possible anyway; the independent ELSTAT is under the purview of parliament. Prior to the redesign of ELSTAT, the Finance Ministry had the final work on the public finance figures reported to Eurostat. The resulting political influence, as is by now well known, was detrimental.

Georgiou is painted by his critics almost as a traitor. According to ELSTAT unionists, "the national statistics agency is an indivisible part of our country's national sovereignty." Georgiou says he has heard the accusation before. And his response is always the same: "There is only one way to serve the public interest," he says. "By sticking to the truth." 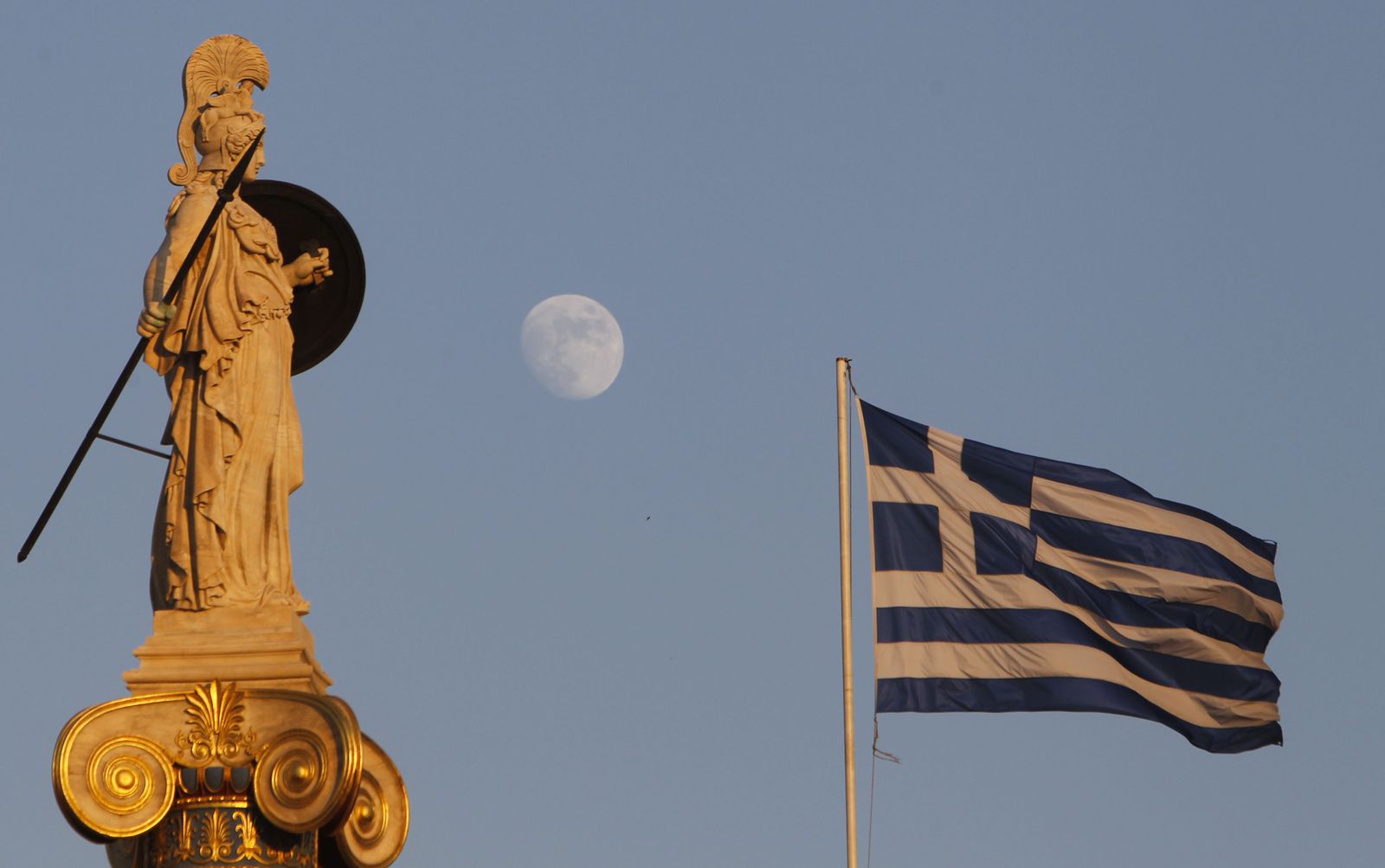 Greece is going after the messenger. 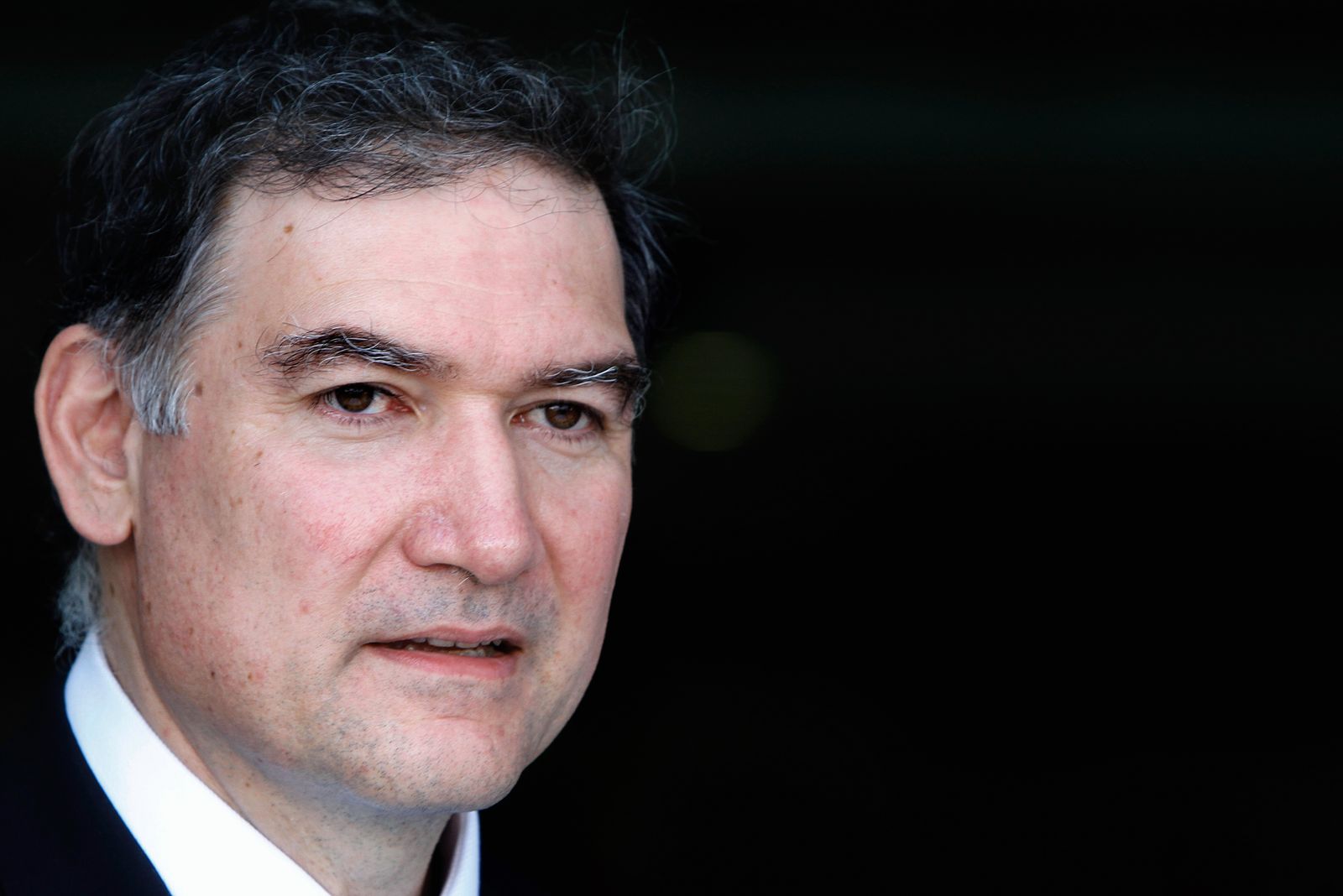