German Chancellor Angela Merkel has criticized a new media law in Hungary, saying Budapest needs to be careful not to violate democratic principles in its dealings with the media. The Hungarian government assumes the revolving six-month EU presidency on Jan. 1, and Merkel said her government was watching the change in Hungarian law "with careful attention," according to deputy government spokesman Christoph Steegmans, who spoke to journalists on Wednesday.

"As soon-to-be EU president, Hungary bears a special responsibility for the image of the European Union in the world," Steegmans added. He made explicit reference to criticisms already lodged by the Organization for Security and Cooperation in Europe (OCSE), which denounced the law as "unprecedented in European democracies."

The law, which was passed by the Hungarian parliament on Tuesday, empowers a new body, the National Media and Communications Authority, to impose heavy fines for vague infractions, including coverage that is unbalanced, or offensive to human dignity or common morals, according to the Associated Press. The law comes into effect on Jan. 1.

"I am concerned that Hungary's parliament has adopted media legislation that, if misused, can silence critical media and public debate in the country," said Dunja Mijatovic, the OCSE representative on freedom of the media, on Wednesday. "In the absence of clearly defined guidelines, it is impossible for journalists to know when they are in breach of the law."

The law passed with the votes of the governing center-right Fidesz party, which swept to power in April on a surge of resentment against the previous left-wing government, triggered in part by its painful austerity measures. The far-right Jobbik party entered parliament for the first time in the same election, with almost 17 percent of the vote, as did the environmentalist party Politics Can Be Different (LMP) with around 7 percent.

Noting that Fidesz had installed its own members in key positions on the new media council, LMP members said the law would ensure the ruling party's "media monopoly." Some LMP members taped their mouths shut in protest during the final vote. 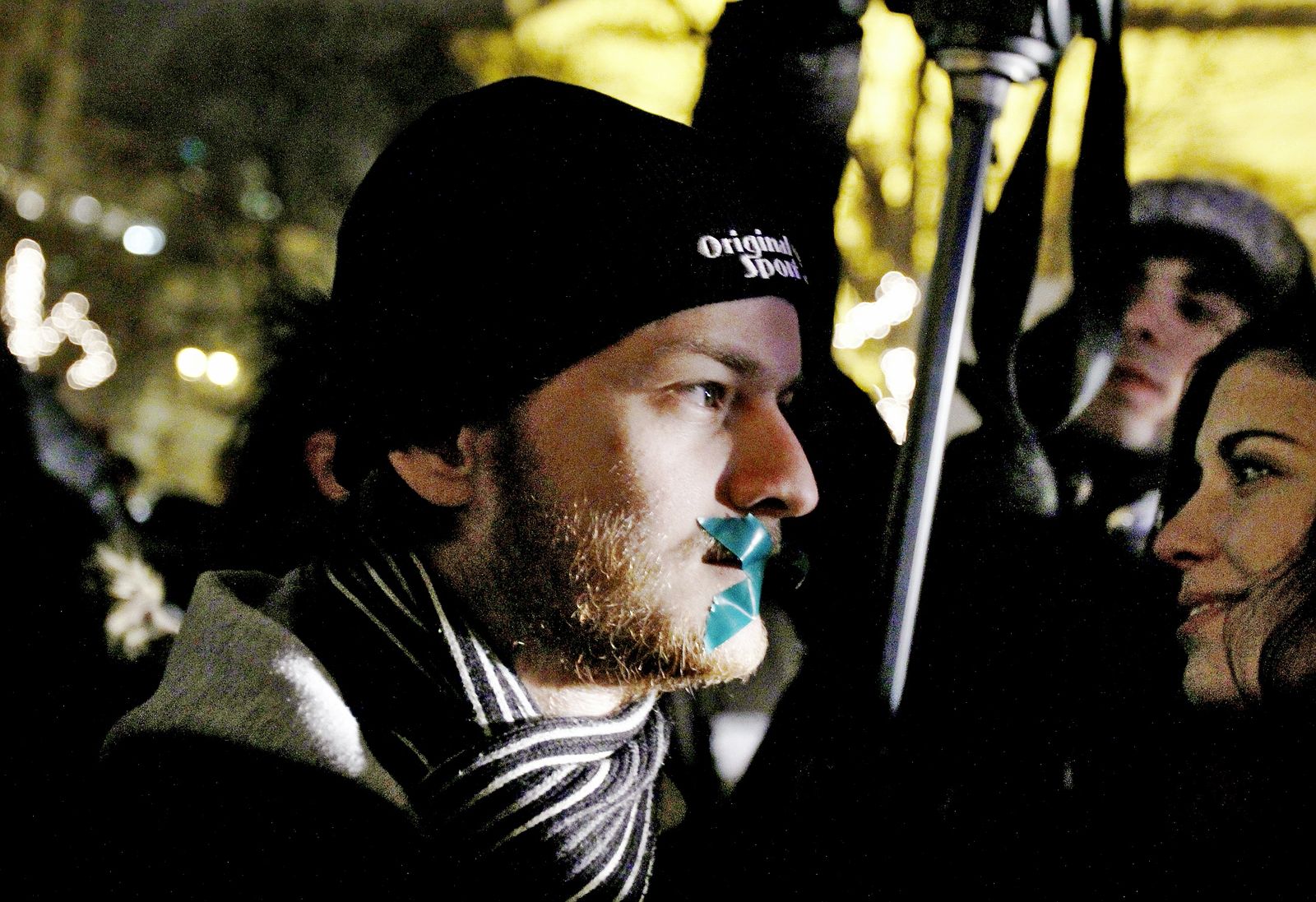 A rally organized by students in Budapest on Monday, Dec. 20, protested the passage of a new media law in Hungary.