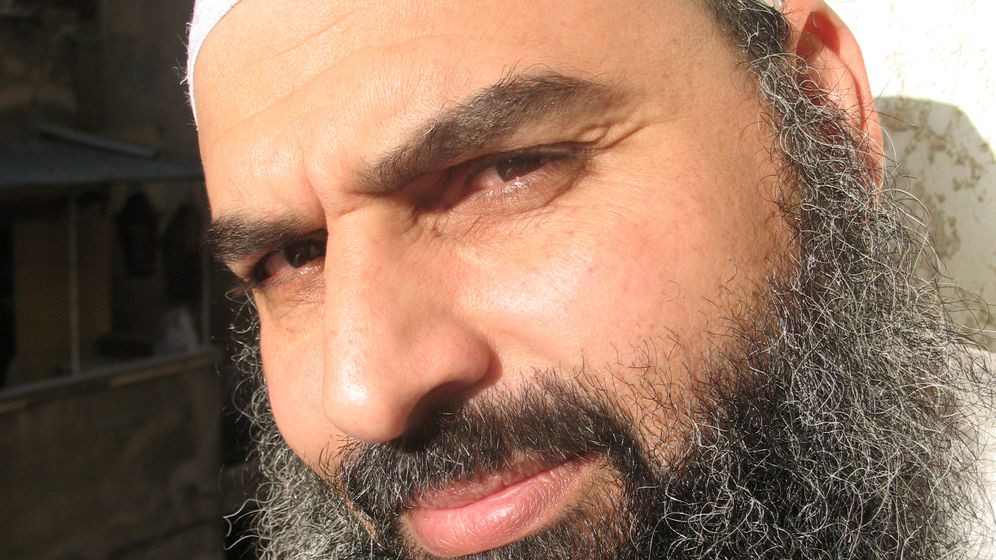 In 2007, a court in Milan started trying several CIA agents in absentia for their roles in the 2003 kidnapping of Abu Omar, an Egyptian cleric who had been living in the northern Italian city. When the indictments first came down, the US government tried to intervene -- first in Milan and then in Rome -- so as to influence the investigations of the public prosecutor's office.

At first, the efforts were conducted via diplomatic channels. But, later, they also took place during top-level talks with Italian Prime Minister Silvio Berlusconi. American diplomats and even the US secretary of defense were assured that the Italian government "was working hard to resolve the situation." And they also got to hear Berlusconi vent his rage at his own country's judicial system.

These anecdotes come from secret dispatches from the US Embassy in Rome, and they are particularly embarrassing for Berlusconi, who recently survived a confidence vote in parliament. The documents provide detailed descriptions of how both the American ambassador and US Secretary of Defense Robert Gates exerted direct pressure on the Italian government in Rome. In particular, they wanted to make sure that Rome would use its influence to make sure that no international arrest warrants were issued for the CIA agents accused of being involved in Abu Omar's abduction.

The case bears an uncanny resemblance to how the United States dealt with the affair involving Khaled el-Masri, a German citizen with Lebanese roots who was also unlawfully kidnapped by the CIA in Macedonia in late 2003 for having alleged ties to terrorism. In that case, US diplomats in Germany tried to prevent local officials from pursuing a case against CIA officials involved in el-Masri's abduction and issuing an international arrest warrant for them. In the wake of 9/11, the CIA had expanded such activities with the explicit approval of then-President George W. Bush, abducting several dozen suspected terrorists around the world and transporting them to secret detention centers for interrogation.

Abu Omar's abduction followed the pattern exactly. Omar, who was known to Italian authorities as a hate preacher at a mosque in Milan, was seized in broad daylight on the open street, hustled into a white van, anesthetized and then flown from Italy to Egypt via Germany. There, Omar claims he was brutally mistreated by Egyptian intelligence officers. He also claims that American officials were present while he was being tortured and interrogated. After being held for 14 months, Omar was finally released, though he continues to live under a type of house arrest.

An Embarrassing Trial for the CIA

In the case involving Omar, the United States quickly ran into the same problem that it had faced in Germany. Italian journalists and Armando Spataro, the unflinching prosecutor in Milan, uncovered in meticulous detail the CIA agents' at-times-sloppy efforts to camouflage their actions. And the story quickly became a media sensation -- particularly after it emerged that a number of agents had rewarded themselves for the successful kidnapping operation by spending a weekend in a luxury hotel in Venice, complete with generous expense accounts. After months of investigations, the prosecutor produced an overwhelmingly detailed indictment that even included the real names of the kidnappers.

When the trial got underway in Milan in 2007, it was a major disaster for the CIA. Though none of its agents were in the courtroom, just the negative attention it brought the organization was damaging enough. Indeed, the mere fact that a trial was being held might have been what prompted American officials to go much further in their efforts to put pressure on the Italian government than it had on the German government in the case of el-Masri.

Indeed, already in May 2006, the American ambassador in Rome relayed a threatening message: If arrest warrants were in fact issued, it could lead to a drastic deterioration in bilateral relations. For example, in notes following a conversation with high-ranking Undersecretary Gianni Letta on May 24, 2006, the American ambassador wrote that he had explained to Letta that "nothing would damage relations faster or more seriously than a decision by the government of Italy to forward warrants for arrests" of the CIA agents named in connection with the Abu Omar case.

It didn't take long before the Italians reacted to the threat. At a hastily called meeting, Letta suggested that the best way to get the case wrapped up as quickly as possible would be for the then-US attorney general to speak directly to Clemente Mastella, Italy's justice minister at the time.

The notes provide deep insights into relations between Italy and the United States. Even before the Americans started exerting pressure, the Italian government had already been doing all it could to cover up the Abu Omar affair. All the evidence and knowledge that Italian officials had about the kidnapping were declared state secrets, making them worthless to prosecutor Spataro in terms of arguing his case. The Americans were very happy about this move. In fact, one American diplomatic cable regarding the classification of evidence says that the Italian government "is fully committed to maintaining our strong anti-terrorism cooperation."

Other cables create the impression of a subservient stance on the part of the Italians -- to the point that they became active accomplices. With startling frankness, members of the government suggest to the Americans that Italy's independent judiciary could be easily manipulated. In any other country, publicizing the kind of things cited in the cables would probably prompt a government crisis. But in the Italy of 2010 -- where Prime Minister Berlusconi has already had laws amended on several occasions so as to prevent legal proceedings against himself -- it's hard to tell if the leaking of the American diplomatic documents has had any effect at all.

The cables also cast an unflattering light on Berlusconi himself. Secretary of Defense Gates had an appointment with the Italian prime minister at the Palazzo Chigi, his official residence, in February 2010. Gates, a former director of the CIA, was interested in the fate of Joseph Romano, a US Air Force officer who had already been convicted with the other 22 CIA agents in November 2009. Gates wanted to obtain immunity for Romano, since, in his view, the Italian judiciary did not have jurisdiction over him.

Berlusconi's response shows his condescending attitude towards an independent judiciary. According to the cable, he told Gates that he "was working hard to resolve the situation." Then, he apparently said that the justice system was "dominated by leftists" and that he had many enemies, especially among the public prosecutors. He also made the prediction that the "courts will come down in our favor" in the appeal proceedings.

Berlusconi was not the only Italian that was helpful during Gates' visit. The next day, Gates met Italian Defense Minister Ignazio La Russa. The secret cable relates how Gates thanked his counterpart for sending letters to the relevant agencies, supporting the argument that the US had jurisdiction over Romano. La Russa also suggested to Gates that the US be more present in the appeals process and not leave the matter solely to Rome.

In the end, a solution was found that was very similar to the one reached in Germany in the case of Khaled el-Masri. Although there were verdicts, arrest warrants and extradition requests in the case, the Italian government refused to formally forward the requests to the US, just as Berlin had done. As a result, Abu Omar's kidnappers are still at large.

The only consequence is that Robert Seldon Lady, the former CIA station chief in Milan, had to change his plans for his retirement. He can no longer travel to the wonderful property that he bought for himself in Tuscany. 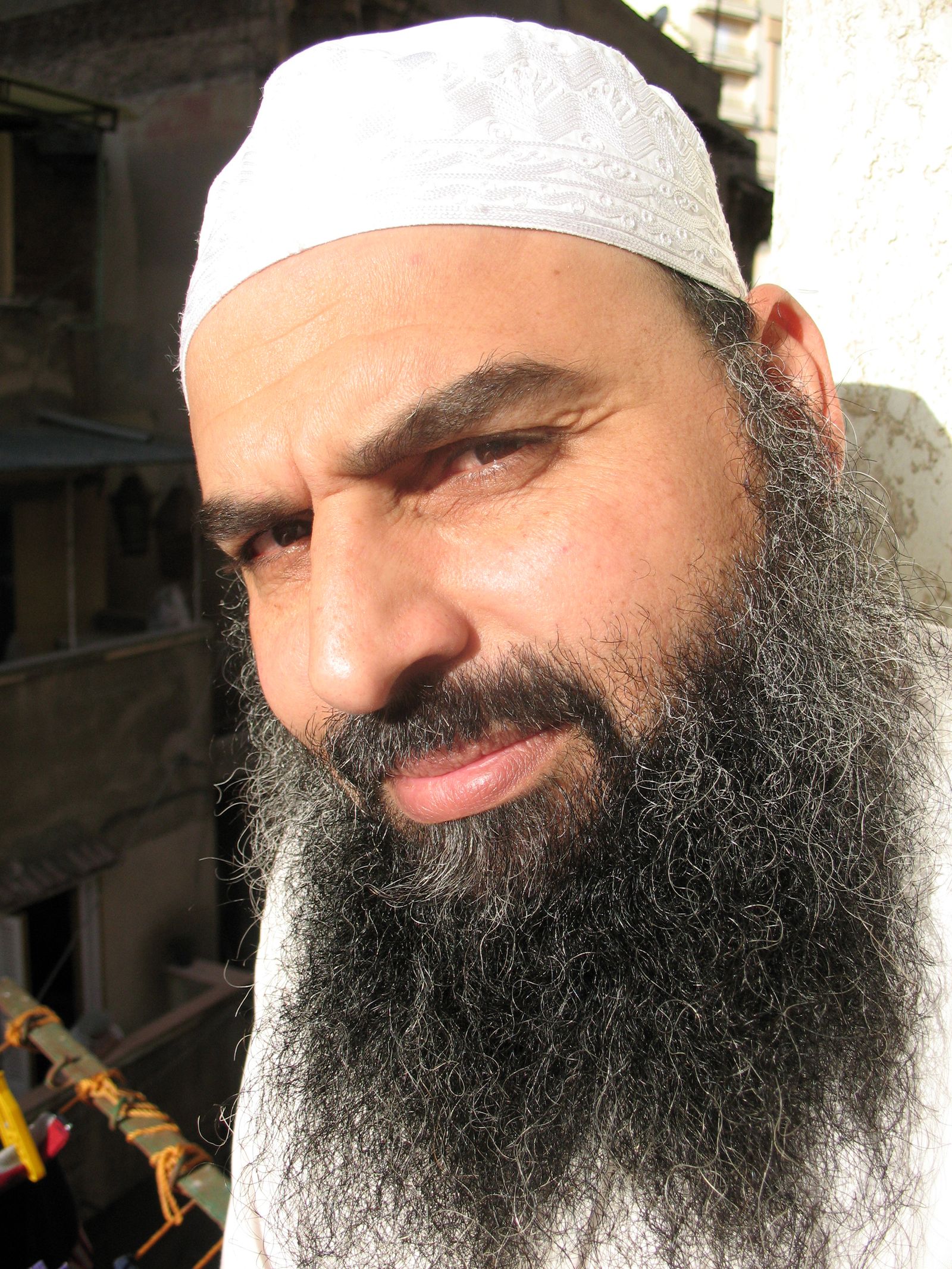 The Egyptian cleric Abu Omar was kidnapped by the CIA in Milan in February 2003. This photo shows him shortly after his release.