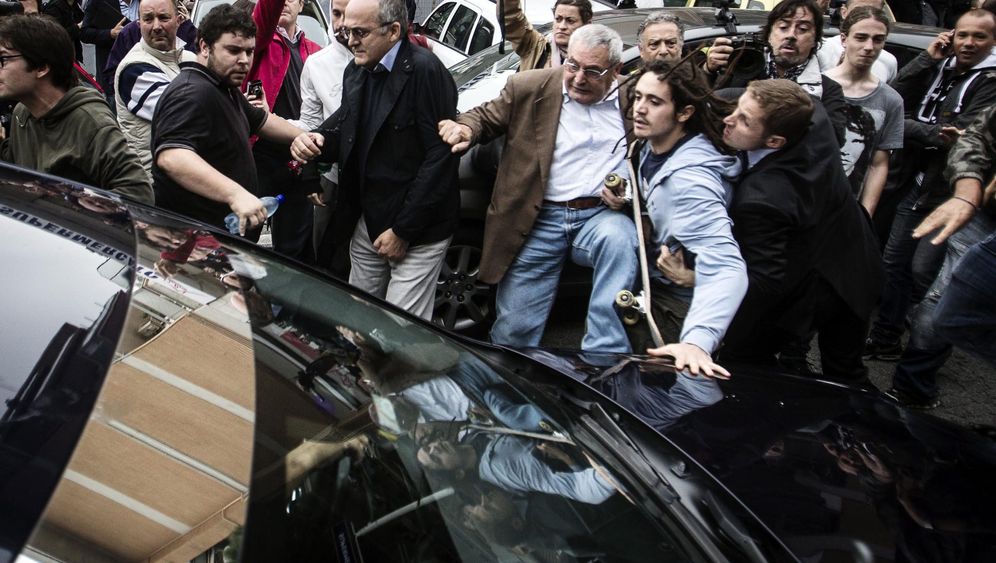 The Society of St. Pius, an ultra-conservative Catholic splinter group, yesterday agreed to hold a funeral service for Nazi war criminal Erich Priebke at a church in the small town of Albano Laziale in the province of Rome. As Priebke's casket was brought into the church, violent clashes erupted outside between hundreds of anti-Priebke demonstrators and a small group of right-wing extremists, ultimately causing officials to break up the service, Italian daily La Repubblica reported.

"We had to suspend the funeral because there was a risk of it turning into a gathering place for neo-Nazis," said Giuseppe Pecoraro, the prefect of Rome.

Italian authorities last night moved Priebke's body to the Pratica di Mare air force base south of Rome, but it is as of yet unclear whether the remains will be cremated at the base or sent abroad, according to Italian news agency ANSA.

Rome's mayor, Ignazio Marino, indicated that Italian officials were in contact with the German embassy in Rome over possibly transferring Priebke's corpse to Germany. However, the embassy has maintained it is the responsibility of Priebke's family, not the German government, to determine how Priebke will be buried, Italian daily Corriere Della Sera reported.

Priebke's hometown of Henningsdorf, northwest of Berlin, has already refused to bury the former SS captain, suggesting the body would likely still be cremated if returned to Germany.

A Life Without Repentance

Until his death last Friday, Priebke was living under house arrest in Rome since his extradition from Argentina in 1995. In 1998, Italian authorities convicted Priebke -- a lifelong Holocaust denier -- for the 1944 murder of 335 Italian civilians, including 75 Jews, at Rome's Ardeatine Caves.

Due to his heinous crimes and unrepentant attitude, the Catholic Church refused to provide Priebke with a church funeral mass in Rome, instead offering the option of a private prayer service at his home.

However, the Society of St. Pius -- a breakaway order founded in 1970 by French archbishop Marcel Lefebvre that is opposed to the modernizing reforms of the Second Vatican Council -- showed no reservations in facilitating a service for Priebke, a practicing Catholic. The group, which resisted the Vatican's outreach to the Jewish community over the past decades, released a statement yesterday: "We hereby reiterate our rejection of all forms of anti-Semitism and racial hatred but also of hatred in all its forms."

The ranks of the far-right brotherhood, also known as the Lefebvrian Order, have been filled with a number of notable Holocaust deniers, including Bishop Richard Nelson Williamson and Father Florian Abrahamowicz -- though both priests have been expelled from the group in recent years. Abrahamowicz, an Austrian-born Italian, yesterday called Priebke a friend and offered to celebrate a memorial mass for him this coming weekend. "I absolve sinners and I don't consider what he did a sin," he told Sky Italy.