With 111 days already having passed since national elections in June, the Netherlands came a step closer to establishing a new government on Tuesday. Following months of tumultuous coalition negotiations, politicians left The Hague on Tuesday with smiles on their faces, and a deal is soon expected to be announced between the center-right Liberal Party (VVD) party and the conservative Christian Democrats (CDA).

In a controversial move, the parties -- who do not have enough seats for an absolute majority -- will reportedly be "tolerated" as a minority coalition by right-wing populist Geert Wilders's Freedom Party (PVV). Wilders' party will not officially be part of the government. The party of Islam opponent Wilders received the third-most votes in the June poll.

At the moment, the Liberal Party's Mark Rutte appears poised to become the country's next prime minister. The draft of a coalition agreement between VVD and CDA is expected to be presented to the parties' parliamentary groups as quickly as possible, as well as an agreement with Wilders' Freedom Party in exchange for its tacit support. Germany's DPA newswire and the Dutch national paper AD are reporting that an agreement is expected to be reached this week.

The Christian Democrats must also provide their blessing for a deal at a party conference planned in the eastern city of Arnheim on Saturday. Many within the party have voiced considerable opposition to working together with Wilders and several prominent members had called for negotiations to be stopped altogether. They accuse Wilders of trying to push Muslims to the margins and exclude them from mainstream society, thus violating the right to freedom of religion that is guaranteed under the Dutch constitution.

Islamophobia and Fear of Exploitation

Wilders brings together right-wing and left-wing policies, combining them with Islamophobia and fans concerns that Muslims exploit Holland's social welfare system. It is a recipe that has been extraordinarily successful in his home country. He is one of the few politicians in Europe who has consistently used an anti-Islamic message in his political statements.

Criticism of Wilders' participation in a future government -- even in the role of tolerating a minority coalition -- had caused negotiations to stall. They were only resumed after the most prominent of Wilders' critics, current Dutch Health Minister Ab Klink, announced he would leave parliament and the CDA's party group.

In parliamentary elections that took place on June 24, the PVV party, founded by Wilders in 2006, secured 24 of the 150 seats in parliament. With the exception of the VVD, however, all other Dutch parties refused to form a government that officially included the Islam opponents. With 31 seats, VVD had a stronger showing than any other party.

The social democratic Labor Party (PvdA) scored 30 seats. The Christian Democrats, who still lead a government coalition under Prime Minister Jan Peter Balkanende, fell from 41 seats to just 21. Together with Wilders' party, the VVD and CDA would have 76 seats in parliament and a paper-thin majority of just one seat. For their part, the parties on the left of the political spectrum failed to gather enough votes to form a government.

Efforts to create a left-right grand coalition government (like the one seen in Germany from 2005-2009 between the center-left Social Democrats and Chancellor Angela Merkel's conservative Christian Democratic Union) collapsed over differences on economic and social issues between the VVD and the PvdA. 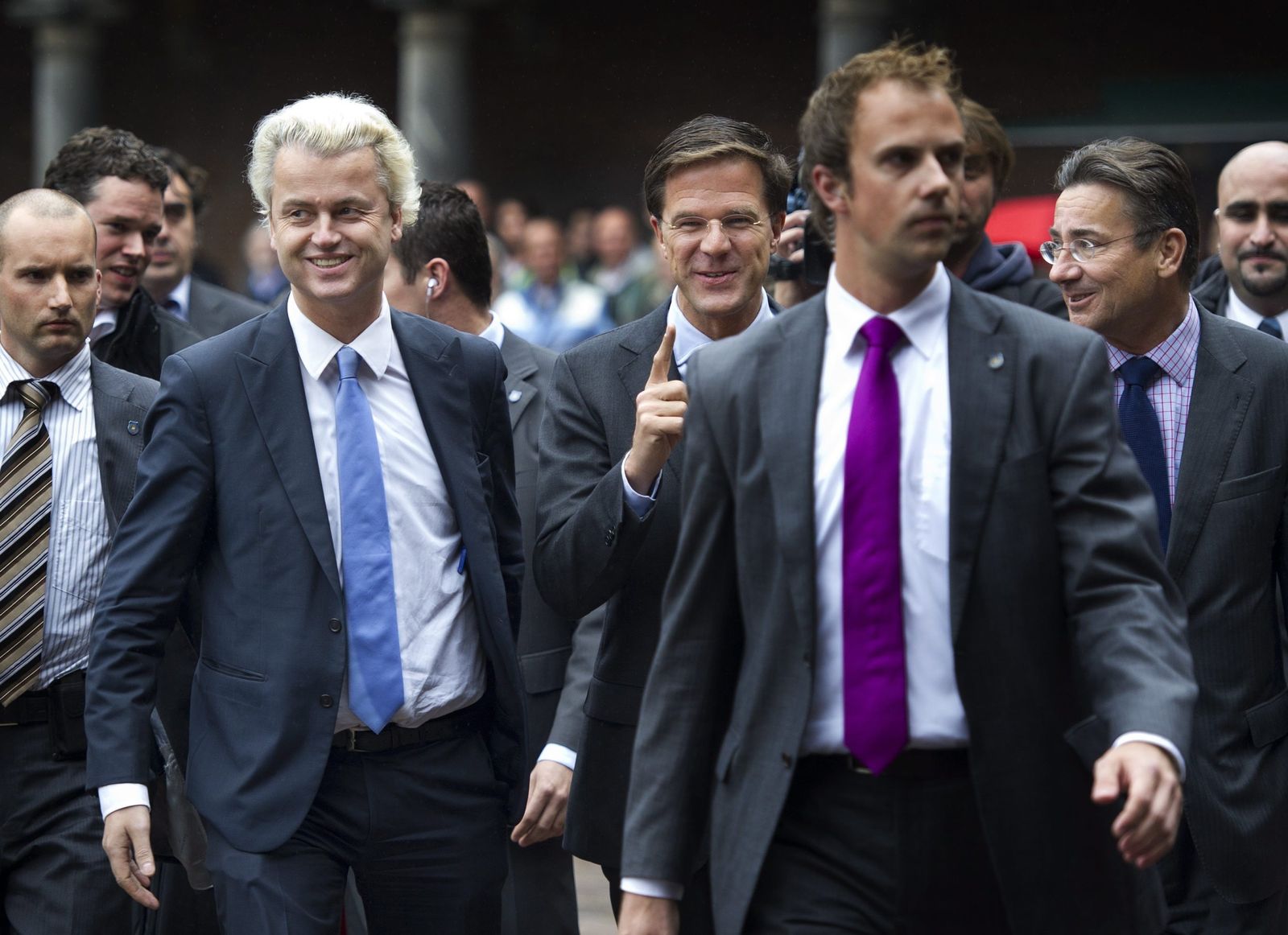