The way that commentators in Germany are appealing to Silvio Berlusconi's better judgement is almost touching. The center-left daily Süddeutsche Zeitung, for example, expressed the hope that the convicted former Italian prime minister would now take his leave from politics "honorably."

"If he has a scrap of common sense, he will retire," wrote the newspaper. Others, meanwhile, are urging him to acknowledge his reponsibility for the country.

As if Berlusconi cared.

All Berlusconi cares about is himself, his interests and his companies. His priorities have generally served him well -- if it weren't for all those annoying communists, judges and laws forever getting in his way. Despite dozens of investigations into his alleged mafia ties, corrupt practices and abuses of office, he's a man who can state "there was no irregular accounting in my company" and "there is no justice in this country" in a televised tirade just two and a half hours after Italy's highest court confirmed his tax fraud conviction. Does 76-year-old Silvio Berlusconi, nicknamed "Il Cavaliere," actually have any common sense?

Italy has been a hostage to Berlusconi's business interests for years, and should, theoretically, let this tax dodger go to the devil now that a conviction against him has finally stuck. But the court, which deferred his five-year ban from public office back to a lower court in Milan and, many argue, left Berlusconi with his dignity still intact, has made things even harder for the country than they already are. Only a few blowhards such as Beppe Grillo, leader of the populist Five Star Movement, are insisting that the controversial former leader exit the public stage. The rest of the country is resigned to its destiny -- one that will be forever entwined with Silvio Berlusconi.

Italy Gets What Italy Wants

"I am convinced that we are in a situation where everyone has to assume their responsibilities in the best interests of the country," said Prime Minister Enrico Letta in response to the latest verdict. He needs Berlusconi to keep his coalition government afloat. Tax evasion was never really the issue throughout the trial. Its political repercussions were always the primary concern. If Berlusconi's conviction were upheld, would the grand coalition collapse? Berlusconi is the star around which the planets of both his friends and his foes orbit.

His People of Freedom party -- or Forza Italia, which Berlusconi announced would soon be revived -- would fall apart without him. And without their shared enemy, the various factions of the social-democratic Partito Democratico (PD) would also cave in. That the two parties of the fraught grand coalition cannot reconcile their differences is just a minor detail. At least it exists. And to survive, it needs Berlusconi, regardless of whether or not he is a convicted criminal.

Tax evasion? So what. Bribery? Whatever. Bunga bunga parties? Way to go! Many Italians laugh off Berlusconi's antics. Though not everyone, of course. He is clearly a polarizing figure. But with his divide and rule tactics, Berlusconi has Italy under his thumb. The question on everyone's lips in Rome these days is why a man as wealthy as Berlusconi should bother with tax evasion. He only saved himself a few million euros. He uses smoke and mirrors to great effect. And after all, hasn't Italy had some even more criminal leaders?

There has never been any shortage of distractions in Berlusconi's Italy, which has prevailed for some 20 years. Center-stage is this diminutive man, whose hair gets thicker as his face gets smoother. Be it sex parties, Jesus comparisons, divorce or his entanglement with Ruby, the Silvio show runs and runs, and hardly anyone can take their eyes off it. Italy has a lasting obsession with Berlusconi.

The media seizes on his every pronouncement -- even though generally all he does is repeat himself. Silvio sells. The self-made billionaire is an idol to ambitious Italians; a sworn enemy to leftists and a welcome distraction to everyone else from the country's permanent crisis.

Berlusconi has defined Italian society to an unprecedented extent. Scantily-clad young ladies can smile their way into Berlusconi's show empire and indeed into politics, while elderly men dream of a life just like his.

A song about a call girl who uses her connections to launch a career in politics has been a hit this summer. Sound unlikely? Not in Berlusconi's Italy. The country wants him, and it has him. 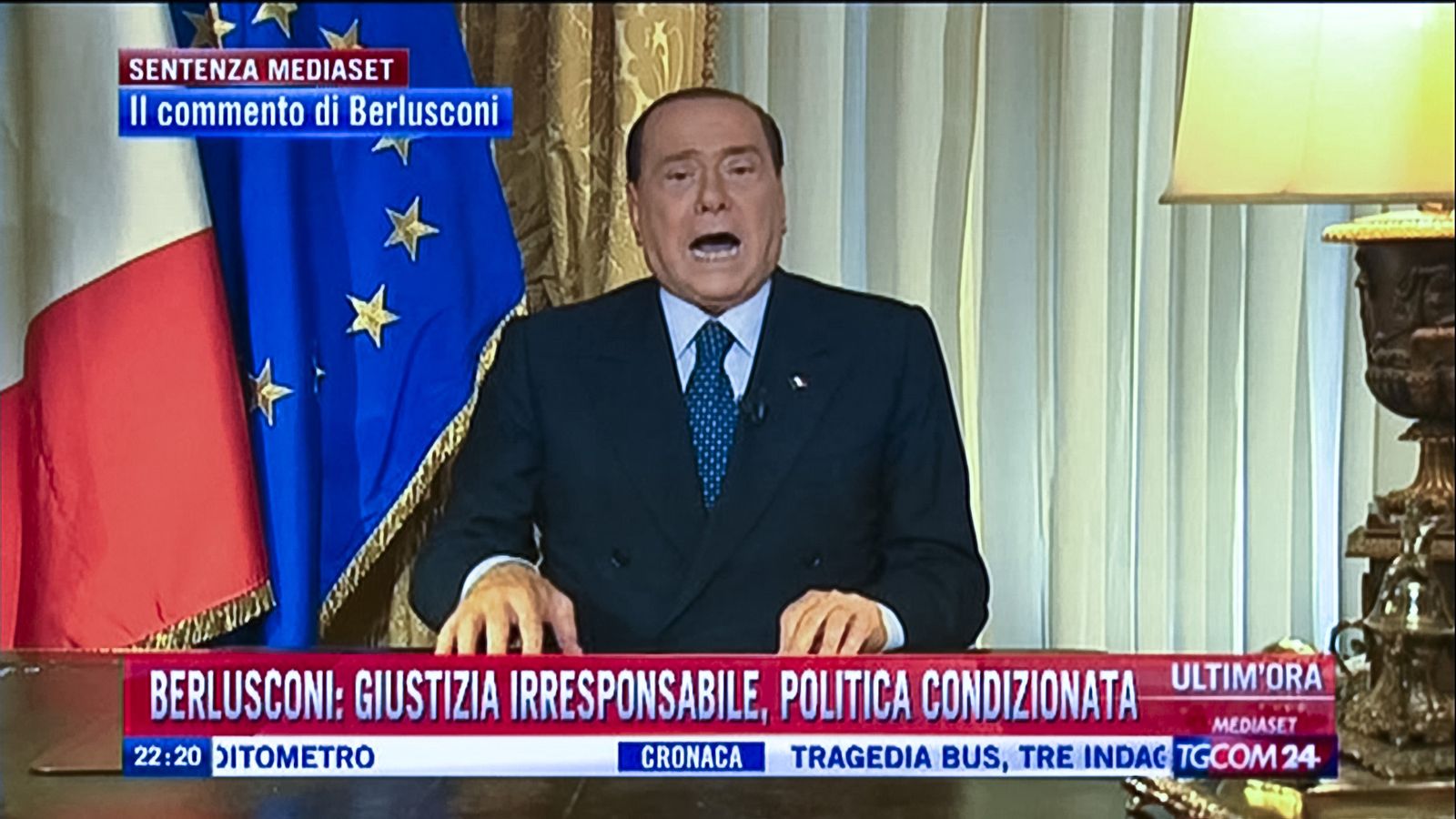 What does Italy see in him?