In Britain, the golden rule of giving speeches is this: Whatever you do, don't be boring. Why did David Cameron forget that?

The British prime minister missed a great opportunity when he on Europe on Wednesday. He could have pulled his country from the periphery of the Continent back to the center. He could have proved that Britain's international clout is more important to him than getting patted on the back by his friends in the Conservative Party. He could at the very least have surprised his audience on this ice-cold Januaray day in London. But he didn't even do that.

Instead, Cameron promised a referendum on Britain's European Union membership after the next general election -- if he wins it. The referendum isn't a replacement for a true strategy on Europe. It merely represents an attempt to shake off a troublesome issue by postponing it to a later date.

The important questions still haven't been answered. What exactly does Britain expect of Europe? What laws and regulations does Cameron want to change? What parts of the treaty does he want to opt out of? And above all: How in heaven's name does Cameron propose to persuade the German chancellor, the French president and all the other European leaders that he should get to pick the raisins from the cake while everyone else gets the crumbs? Britain should remain in the EU, says Cameron, but he doesn't say under what conditions.

The essence of his speech was "yes, but."

No Values, No Vision

Cameron's vision of Europe is a free trade area with access to the beaches of the Mediterranean. Beyond that, he doesn't associate the project with a past or a future. Apart from vague demands like competitiveness, flexibility and fairness, he has no idea how the EU should develop. His thinking on Europe is indecisive and chained to the present. What Europe witnessed on Wednesday was a speech delivered by a politician prone to knee-jerk reactions who lacks values or a vision. He lacks gravity. Cameron floats above Europe like an astronaut.

He's isolated partly because his interest in Europe stems from fear rather than any desire to shape it. He's driven by fear of the euroskeptics in his party, of the voters, of the populist United Kingdom Independence Party and of the strange Brussels behemoth which Cameron feels threatened by because he doesn't understand it.

His party still hasn't forgiven him for failing to clinch an absolute majority in the last election. They see the coalition with the Liberal Democrats as a humiliation. The EU is their way of exacting revenge on Cameron for that. It's part of the reason why Cameron sees Europe mainly as a party political problem.

By trying to satisfy his radical backbenchers with the referendum pledge, he's launched into a game he can't win. The EU's other 26 governments won't let him opt out of parts of the existing accords because that would prompt others to demand concessions of their own. The Europe-haters in Cameron's party won't be satisfied because the leeway they want from Brussels isn't politically achievable.

What makes it all the sadder is that even though Cameron's motives are wrong, the timing of his speech is spot on. Britain has been waging a lively debate on Europe for months and one would wish that Germany and other countries showed similar passion -- though perhaps not such bitterness -- on the issue.

Europe must dare to address the fundamental questions, not despite the crisis but because of it. Cameron is right to question the growing budget of the European Commission, the EU's executive. How can one explain to the Spaniards, Greeks and Portuguese that Brussels should get more money while they are being subjected to cutbacks? And Cameron is also right to point to the lack of democracy in EU decision-making.

One could almost be inclined to take the speech seriously, if one didn't know how bored and passionless Cameron has been about the European debate in the past. 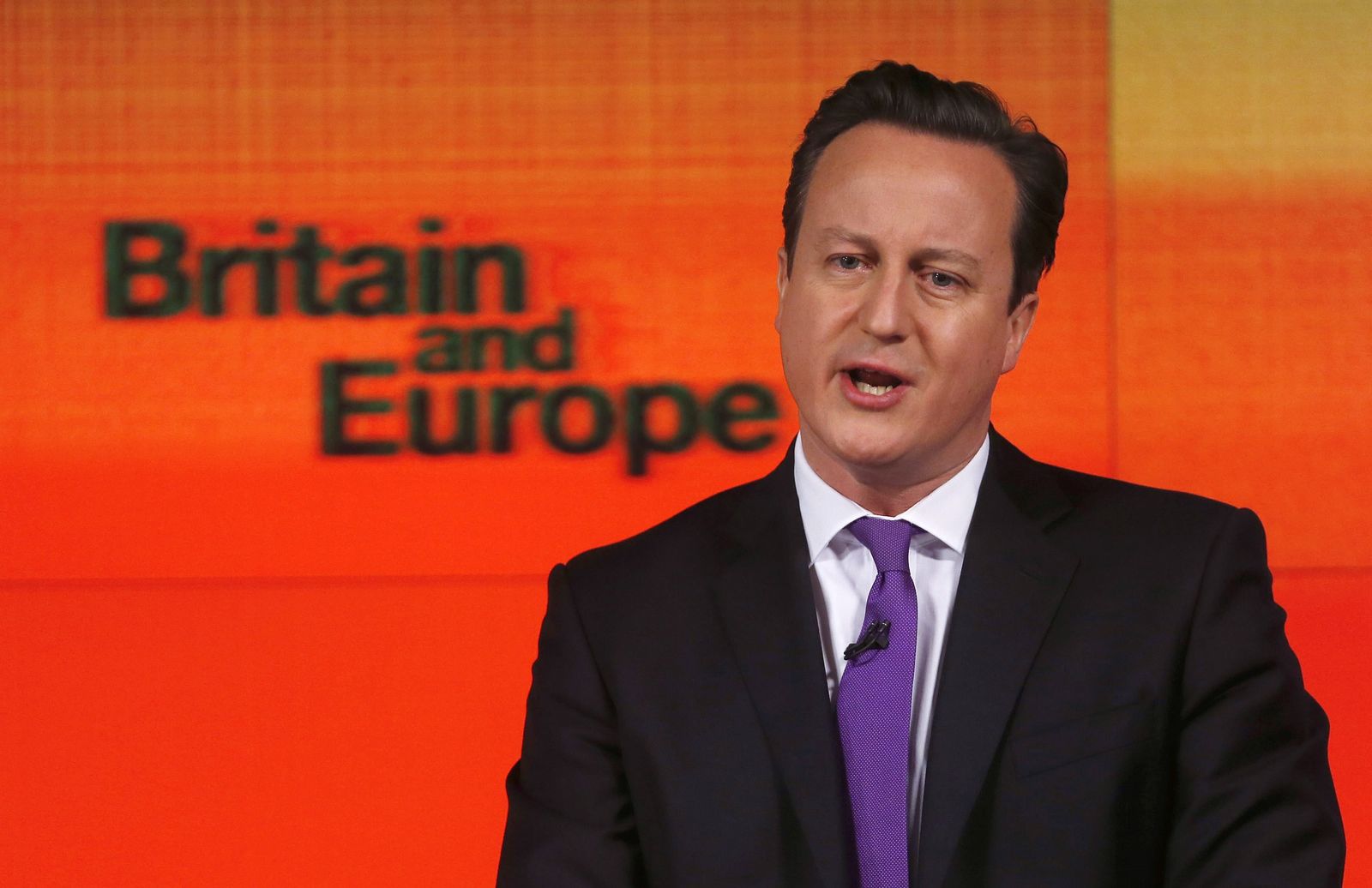