Just to be sure there is no misunderstanding: Vladimir Putin bears primarily responsibility for the new Cold War between the West and Russia. These days, you have to make that clear before criticizing Western policies so as not to be shoved into the pro-Putin camp.

When NATO foreign ministers meet in Brussels today, the question of Ukraine's possible future membership in the alliance is not on the agenda. It will, however, overshadow the meeting -- and that is the fault of two politicians.

During an interview with German public broadcaster ZDF on Sunday night, Ukrainian President Petro Poroshenko said he would like to hold a referendum on NATO membership at some point in the future. And new NATO General Secretary Jens Stoltenberg apparently had nothing better to do than to offer Poroshenko his verbal support and to reiterate the right of every sovereign nation in Europe to apply for NATO membership. As if that weren't enough, Stoltenberg added in comments directed at Moscow that "no third country outside NATO can veto" its enlargement.

In the current tense environment, open speculation about possible Ukrainian membership in NATO is akin to playing with fire. German Chancellor Angela Merkel proposed the former Norwegian prime minister as NATO chief because he is considered to be a far more level-headed politician than predecessor Anders Fogh Rasmussen. But since he took the helm, differences between the two have been difficult to identify. Hawkish statements made by NATO's top military commander, Philip Breedlove, haven't done much to ease the situation either.

Why is it even necessary for NATO officers to comment so frequently about Ukraine? Since the outbreak of the crisis, the alliance has expressed the opinion that the conflict cannot be resolved through military means. If that's true, then wouldn't it be better if Stoltenberg, Breedlove and company kept quiet?

Doing anything else is advantageous to Putin while at the same time sowing division in Europe. It makes it easy for the Russian president to blather about the supposed expansionist policies of the West. When it comes to the EU, of course, Putin is contradicting himself. He once said: "If the EU accepts Ukraine as a member, Russia, I think, would welcome this." Last year, he suddenly and surprisingly changed course.

But Putin has always seen NATO membership for Ukraine as a red line. Even if NATO is focused on defense, it is still a military alliance. It can only be powerful, however, when all 28 member states share the same position. And herein lies the problem: Only a small minority -- comprised primarily of the Baltic states and Poland -- currently support Ukrainian accession to the alliance. All others adhere to the principle that each accession should not only be beneficial to the new member, but also to the community as a whole. It's difficult to see at the moment how Ukraine might benefit NATO.

In that sense, there is only one right answer in response to Poroshenko's musings. It's the one formulated by German Foreign Minister Frank-Walter Steinmeier. "I see a partner relationship between Ukraine and NATO, but not membership," the foreign minister told SPIEGEL ONLINE last week.

Or, to put it more simply, the question of Ukrainian membership isn't even on the agenda. 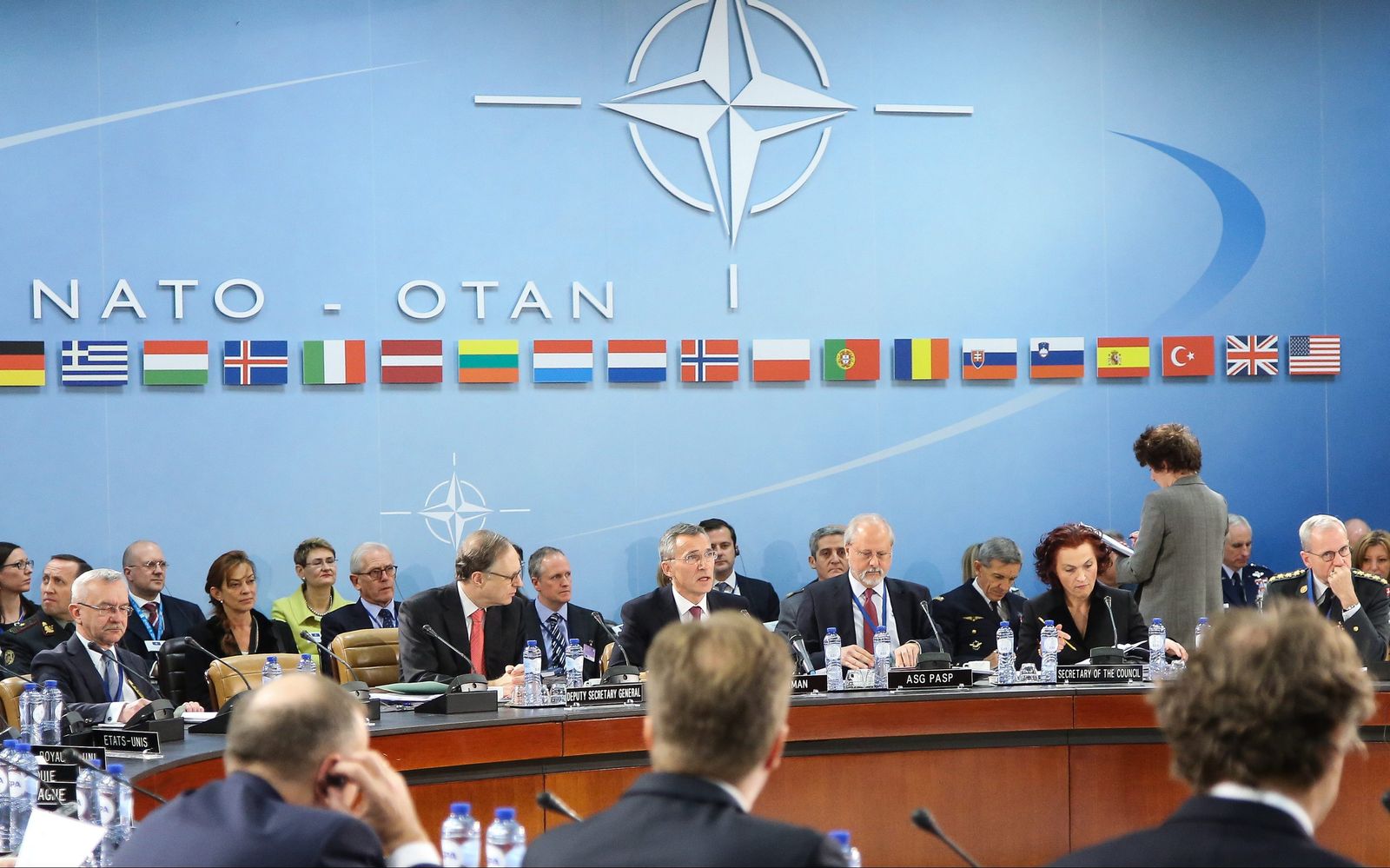 NATO Secretary General Jens Stoltenberg (third from left) speaks at the start of a meeting of NATO ministers of foreign affairs on Tuesday.