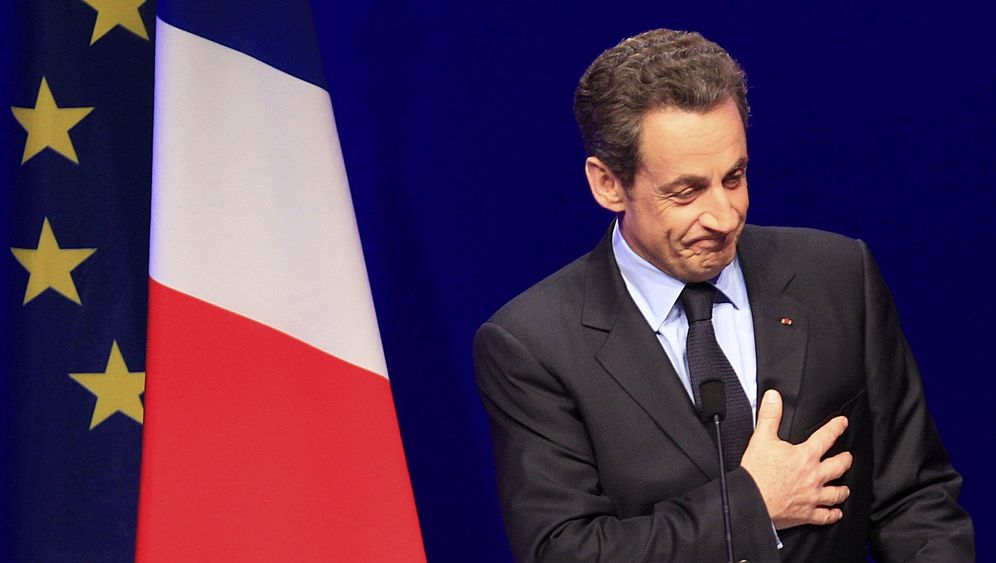 After a tepid campaign, the French experienced an election night on Sunday that was full of surprises.

The first surprise was actually the smallest of them all: The Socialist Francois Hollande came ahead of the center-right incumbent Nicolas Sarkozy in the first round of the French presidential election, even though many recent polls didn't show him having such a clear lead. Hollande received 28.6 percent of the vote, about 1.5 percentage points more than Sarkozy, who won 27.2 percent. Hollande is therefore in a good position for the second round, which, according to all previous polls, he is expected to win.

The second surprise is the biggest and most shocking: The right-wing populist candidate Marine Le Pen came third with a breathtakingly high result of 17.9 percent. She defied all the forecasts, which predicted a much lower share of the vote, and she even surpassed the record result of her father Jean-Marie Le Pen in the 2002 election, when he won almost 17 percent of the vote in the first round and got through to the runoff, much to the dismay of many French. Together, Marine Le Pen and the left-wing populist Jean-Luc Mélenchon won more votes than any of the mainstream candidates. That shows just how frustrated the French electorate is.

The third surprise was the high turnout: Contrary to all expectations, more than 80 percent of French voters went to the polls. It was the second highest turnout since 1981, and was only slightly lower than the record 2007 turnout. In the run-up to the election, there was much talk about how the French were not interested in the election. The polls suggested that they were not very excited about any of the candidates.

Now the results have made it clear that the French are indeed very interested in this election. And it has shown that they are angry: about politics, about the state of the country -- and about the current president, Nicolas Sarkozy.

A Referendum on Sarkozy

This election is a referendum on Sarkozy's presidency. Many French people consider him to blame for the fact that they are worse off today than they were in 2007, and they consider him to have demeaned the office of president. His first-round result is poor, as was expected -- Sarkozy is the first incumbent in the Fifth Republic who didn't win the first round. It is an expression of the almost physical revulsion that many people feel for him. During the campaign, Sarkozy tried to make voters forget about his poor track record, and, in some ways, about the fact that he had actually been in office for the last five years. He conducted an erratic campaign, constantly making new proposals, which were often mutually contradictory. But the louder he got, the less French voters seemed to listen. And the longer it went on, the further he shifted to the right, railing against halal meat, Islamists and the Schengen Agreement. It was a clear attempt to lure voters from Marine Le Pen's right-wing populist National Front, but it did not work.

For the disadvantaged French underclass, but also increasingly for the middle classes, Marine Le Pen is a credible candidate. With her tirades against foreigners and against the elites, she speaks their language and appears to understand their concerns: dwindling purchasing power and unemployment. She stands in sharp contrast to Sarkozy, who right from the beginning of his time in office was branded the "president of the rich." When his wife Carla Bruni-Sarkozy said shortly before the election that she and her husband were "modest people," it must have sounded like mockery to many of those voters.

Nevertheless, it can be expected that Sarkozy will make massive appeals to Le Pen's supporters in the two weeks before the runoff election on May 6. He will probably conduct a campaign quite some way to the right of the center. After the first round of voting, the right-wing camp, with Sarkozy, Le Pen and the centrist candidate François Bayrou, have the majority in the country. But even though most Le Pen voters will probably vote for Sarkozy, she will certainly not call on her supporters to do so, and an important number might choose Hollande. It will probably prove too difficult a challenge for Sarkozy to win over a sufficient number of voters from the other candidates on the right and in the center to win. The antipathy to Sarkozy runs deep even in his own camp.

Sarkozy himself is clearly setting his hopes on the televised debate with Hollande. That kind of head-to-head fight is exactly Sarkozy's kind of thing. He is reported to have said that he would make Holland "explode." The real question is whether Le Pen's strong performance might ultimately cause the French right to explode. Should Sarkozy lose the election, his Union for a Popular Movement (UMP) party could face a deep crisis. Some worst-case scenarios predict that a part of it might break off and build a new force on the far right under the leadership of Le Pen.

François Hollande, for his part, has seen his low-key -- some would say boring -- election campaign pay off for now. He did not let himself get sucked into Sarkozy's strategy of involving Hollande in a duel. Instead, he traveled around the country speaking to voters, and cultivated an image of a serious, pragmatic and compassionate politician. He wanted to embody the opposite of Sarkozy, describing himself as "a normal man." Many voters seem to have bought that. But Holland never got people excited, and that was always the biggest danger for him. There was the risk that the polls might turn out to be wrong, because people would not bother to go and vote for a somewhat boring candidate on election day.

Hollande has now shown these concerns to be groundless. He has freed the left of the fear of failure which has afflicted it since their candidate Lionel Jospin failed to make it into the second round in 2002, and Ségolène Royal lost in 2007 despite the polls promising her victory.

The runoff election will nevertheless probably be tighter than most recent polls indicate, and it is now up to Hollande to convert his lead into a victory. To do that, he will also need Marine Le Pen's often socially disadvantaged supporters. Ségolène Royal has already said that one needs to "understand" them. Indeed, in recent weeks Hollande has repeatedly visited post-industrial areas where unemployment is high and people have little hope. Many of those voters have vacillated between Le Pen, the left-wing populist Mélenchon and Hollande. Now Hollande needs to convince those voters if he wants to be elected president on May 6.