Nearly half of all Germans fear for their savings -- and with good reason. At times like these, the only thing that is certain is that nothing is certain.

Not even savings accounts are safe, as was recently seen in Cyprus. Such deposits are actually guaranteed to up to €100,000, but the euro rescuers cared little about this as they desperately searched for funds. Cypriot small savers may have escaped this time around, but the realization remains, even beyond Cyprus, that a state teetering on the edge of bankruptcy will resort to all available means to raise money -- and a guarantee is only worth something as long as the entity that stands behind it remains solvent.

Nothing is safe from being seized by the state, no savings account, but also no house or apartment. The Germans experienced this after World War II, when they were charged an extra real estate tax in the form of compulsory mortgages. Governments have even banned the possession of gold during currency crises, forcing citizens to exchange the precious metal for the national currency.

So far, people in the debt-ridden countries of the euro zone haven't had such levies imposed on them. But why not? According to a recent study by Germany's central bank, the Bundesbank, for instance, Spaniards hold more wealth, on average, than Germans.

Greece and Cyprus have millionaires and billionaires of whom many profited from the artificial boom fueled by low interest rates after the introduction of the euro -- a boom that subsequently went bust. Why shouldn't they help finance efforts to deal with the aftermath? Is it fairer to place the burden on the euro bailout fund, and thus distribute it among the taxpayers of other countries?

The Benefits of Levying Assets

A levy on assets would immediately reduce the debts of crisis-stricken countries, whereas bailout packages pool risks and shift them to the future.

Those risks can become dangerously explosive. The more countries that have to be bailed out, the fewer countries remain that have to bear the burden -- as long as they are able to. This could even prove to be too much for Germany at some point.

There is no reason to panic. But Germans should be concerned. After all, the bill for managing the euro crisis will ultimately have to be paid, and they will have to shoulder a large portion of this.

If the bailout fails, the bill will be enormous. But no one should succumb to the illusion that the mission won't cost anything if it succeeds.

Germans' savings are already shrinking in real terms because the European Central Bank (ECB) has flooded the market with money and lowered interest rates to nearly zero. Many Germans have already noted with dismay that their life and retirement insurance policies will pay out much less than what was originally promised. Many of them now realize that they will have to tighten their belts when they retire.

Economists have a term for this form of creeping expropriation: They call it financial repression. Actually, given the current situation, it's amazing that only just under half of all Germans are worried about their money.

Things could actually get worse when the large quantity of money that the ECB is printing to finance the euro rescue starts to drive up prices. An annual inflation rate of only four to five percent, which economists say is entirely probable, would reduce people's savings by 50 percent within just 15 years.

But while inflation eats up savings, it also reduces debts. You don't have to be a conspiracy theorist to suspect that this is precisely what many politicians are hoping for. After all, how else should the euro countries, but also the US, Britain and Japan, ever shrug off the crushing weight of their debts?

The outlook is grim for savers, who are caught in a trap. Only genuinely wealthy individuals can place their money in the hands of a fund manager, who can spread the risk and find safe havens by investing on different continents and in different types of assets.

Not surprisingly, some people will emerge from the euro crisis having increased their assets, or at least maintained them -- while the vast majority will be significantly poorer. 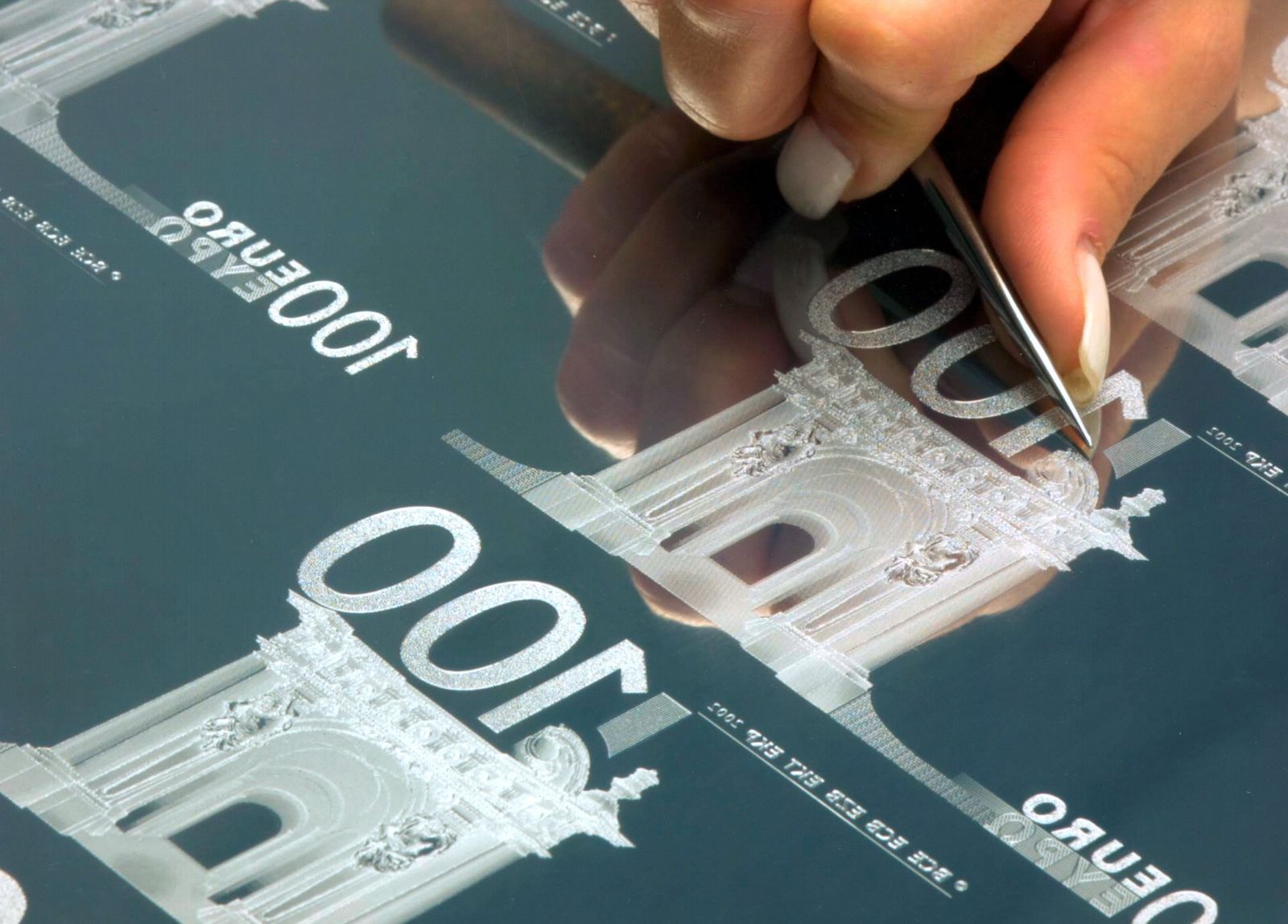 A printing plate for a 100-euro note -- the ECB is flooding markets with cash to stave off the debt crisis.