Desertec is primarily an idea out of the back room of the Club of Rome, that body of mostly old men who ponder how to save the world. Their bold plan envisions generating green solar energy in one of the world's sunniest locations and then piping it through a Mediterranean super-grid to energy-hungry European countries. The deserted Sahara could supply energy to densely settled Europe.

But human rights organizations say there's just one thing missing from this picture: the people living in this region, where much energy is available and little used. And the organizations complain that they would enjoy practically no benefits from Desertec.

Mansour Cherni is one of the people who don't fit into this image of a densely populated Europe powered by sunlight from the largely deserted Sahara. The Tunisian trade unionist attended the World Social Forum 2013 (WSF), a five-day event held in Tunis in late March. "Where will the energy produced here be used?" he asked. "Where will the water come from that will cool the solar power plants? And what do the locals get from it all?"

These are uncomfortable questions -- especially given that the Desertec Industrial Initiative (DII) doesn't always have good answers to them. And perhaps that's why it didn't participate in the discussion.

As part of the forum, the German environmental organization Germanwatch hosted a workshop in Room M 215 on the expansive campus of the University of Tunis El Manar. Workshop organizer Boris Schinke plans to interview people living in the countries that will be affected by Desertec. He wants to learn about their hopes and worries while assessing the plan's concrete affects.

"After the Arab Spring, we want to act upon the demands for social justice and codetermination and incorporate civil society," Schinke says. "It is only in this way that Desertec can succeed."

Desertec 'Anything But Dead'

Participation was one of the major catchwords at the WSF, and the workshop's discussion could hurt the Desertec project. The Desertec concept was first developed in the late 1980s and led to the 2009 founding of the Desertec Foundation. Ten months later, the foundation teamed up with 12 deep-pocketed European companies, including Munich Re, Siemens and Deutsche Bank, to establish DII, the consortium charged with studying, designing, promoting and implementing the project in North Africa and the Middle East.

In April 2010, Aglaia Wieland left the Boston Consulting Group to become DII's executive director. She has pushed it forward since then, though largely outside of public view. "The Desertec Industrial Initiative is anything but dead," Wieland told SPIEGEL ONLINE. DII, she continued, is seeking to have a long-term influence on political decision-making processes, though she admits it is a protracted effort.

"When the key doesn't fit, it doesn't help to jam it into the lock with force," she said. "Instead, one should change keyholes. That's what we're doing."

But that's also an idea that could have come from opponents of such projects. And it makes it seem like industry intends to shape the conditions according to its own desires.

About two weeks ago, Wieland met with Tunisian President Moncef Marzouki while he was traveling in Germany. She was impressed. "The president was surprisingly well-informed," she said, "and we have already agreed on the first follow-up appointments in Tunisia."

Still, the DII companies might already be falling behind. Plans call for construction to begin on a 2,000 megawatt solar power plant in the North African country already in 2015. Then, by 2017, a specially laid underwater cable should already be transporting power to Northern Europe via Italy. But the project isn't being run by DII. Instead, it is TuNur, a joint-venture company between the London-based Nur Energie Ltd. and Tunisian investors. Nur is the Arab word for light.

Till Stenzel, the German chief operating officer of Nur Energie, will reportedly implement the project on location and claims that much progress has already been made. Most importantly, he adds, TuNur has satisfied some of the demands that were voiced in the workshop. "We can have many components manufactured here," he says, and he estimates this could mean keeping up to 60 percent of the total investment within the country. "We calculate that, in the long run, we will be able to create up to 1,000 permanent jobs in the region," Stenzel says.

Officials at DII are somewhat hesitant to share their thoughts on the TuNur project. "We would be happy if this project were implemented," a DII spokeswoman said in Tunis, referring to TuNur. It makes that "if" sound a bit like an "if ever".

But it's not just the competition from London that could create troubles for DII. It's also local resistance to its plans. At the workshop held during the WSF, upset participants even accused its organizers of advertising rather than criticizing Desertec. Nevertheless, Schinke, the workshop's organizer, seems happy with the results achieved by the event. "We've forged initial contacts," he said. "Now we have to start the work on-site as soon as possible."

Though she didn't travel to Tunis for the WSF, DII director Wieland says she isn't worried about the project's future. "We all need energy," she said. "It is independent of politics and even independent of parties." But, critics might add, it is also independent from the interests of locals. 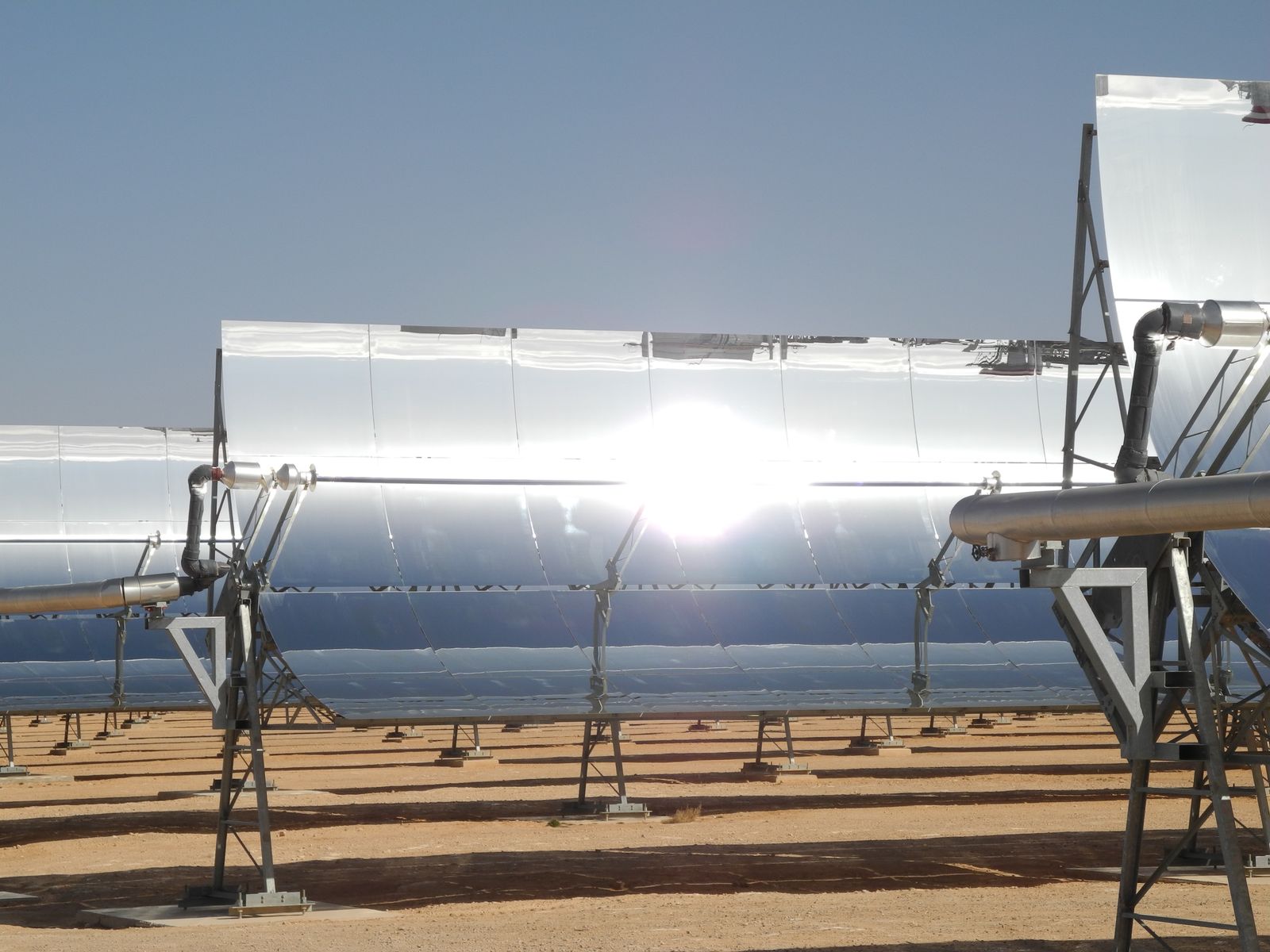 Will the promising but ambitious Desertec project ever make it off the drawing board?