European share prices and the euro fell slightly on Tuesday after ratings agency Standard & Poor's warned it may downgrade 15 of the 17 euro-zone nations, including triple-A nations like Germany, as a result of the euro crisis.

European policymakers criticized the timing of the announcement, just three days ahead of a make-or-break EU summit on Thursday and Friday, and said the agency hadn't taken into account proposals for far-reaching reforms of the euro zone's debt rules agreed by the leaders of France and Germany on Monday.

Standard & Poor's had warned late on Monday that it may carry out an unprecedented mass downgrade of euro-zone countries if EU leaders fail to reach an agreement on how to solve the debt crisis at this week's summit.

Luxembourg Prime Minister Jean-Claude Juncker said the S&P announcement was "like a knockout blow" to countries that were cutting their budget deficits.

"I find what Standard & Poor is saying completely exaggerated," Juncker said in an interview on Deutschlandfunk radio early on Tuesday. "I have to wonder that this news reaches us out of the clear blue sky at the time of the European summit; this can't be a coincidence."

Chancellor Angela Merkel shrugged off the warning, saying: "What a rating agency does is the responsibility of the rating agency."

Her economy minister, Philipp Rösler, appeared likewise unmoved. "Germany will not let itself be influenced by ... the short-lived verdict of one ratings agency," Rösler said on the sidelines of a conference in Munich, Reuters reported. "We think nothing of such threats. We have no difficulties on the financial markets. We are and remain the anchor of stability in Europe," said Rösler.

Citing "continuing disagreements among European policy makers on how to tackle the immediate market confidence", S&P threatened to cut the credit ratings of 15 countries, including Germany and France, by one to two notches.

On Tuesday, S&P followed up its warning by saying it may also downgrade the triple-A rating of the European bailout fund, the European Financial Stability Facility. It said it was putting the EFSF on "CreditWatch with negative implications," and could downgrade the rating.

German Chancellor Angela Merkel and French President Nicolas Sarkozy had said in a joint statement on Monday night that they "took note" of the move by S&P, while both countries "reinforce their conviction" that common proposals for closer fiscal union in the European Union will "strengthen coordination of budget and economic policy," and promote stability and growth.

French Finance Minister Francois Baroin said S&P had not factored in the French-German plan to overcome the crisis that was announced on Monday, and said France required "no third savings program" and "no further measures."

The S&P warning piles pressure on the EU leaders to agree on a convincing strategy. On Monday, Merkel and Sarkozy agreed to propose changes to the EU treaty to impose budget discipline across the euro zone through automatic sanctions and balanced-budget legislation in national member states.

At their meeting in Paris, they also proposed bringing forward the establishment of the permanent euro bailout fund, the European Stability Mechanism, to 2012 from 2013. Both again ruled out the introduction of euro bonds.

Bank of France governor Christian Noyer, a member of the governing council of the European Central Bank, said on Tuesday that ratings agencies were in danger of themselves worsening the euro-zone debt crisis.

"The agencies were one of the motors of the crisis in 2008. Are they becoming a motor in the current crisis? That's a real question we all need to think about," he told a conference on corporate finance in Paris.

Hans Michelbach, a member of parliament for the conservative Christian Social Union party, the Bavarian sister party to Merkel's Christian Democrats, called the S&P warning "an arbitrary decision with no relation to reality." The aim of the announcement, he said, had evidently been to create additional nervousness ahead of the EU summit. He called on the EU to crack down on the "uncontrolled games" being played by the ratings agencies.

Cyprus was left out of the S&P warning because its credit rating is already under examination. Greece, too, was not included as it already has the worst credit rating of any country in the world.

European Commission President Jose Manuel Barroso said on Tuesday that it was likely to take four or five months for the European treaty changes to come into force.

In an interview with German newspaper Die Welt, Barroso dropped his demand for euro bonds, saying they were not a solution to the current crisis. "Joint sovereign debt requires a much higher level of integration and discipline within the euro zone, which we haven't reached at the moment," he said.

He added that Germany's angry reaction last month to an EU consultation paper on euro bonds had surprised him. 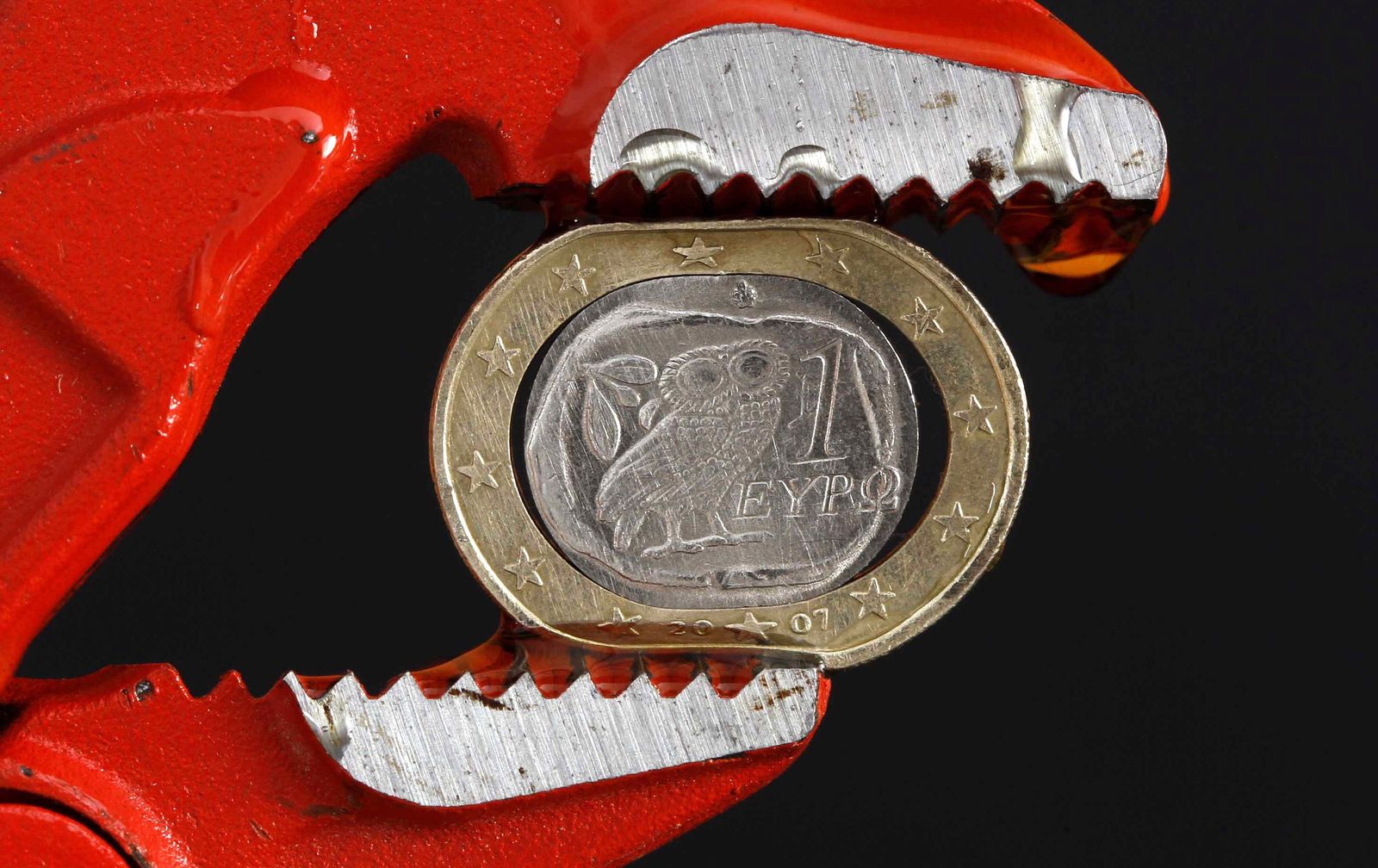 Ratings agency Standard & Poor's heaped on the pressure on Monday and Tuesday.