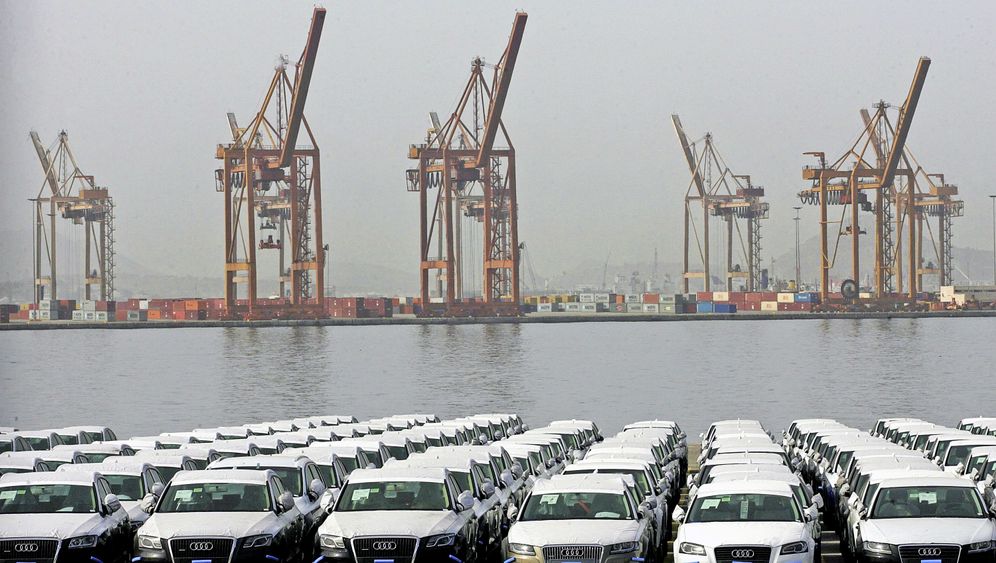 Miza and fakelaki are the lubrication that keeps the Greek economy running smoothly. Fakelaki -- literally "small envelope" -- is a payment used when Greeks need to be treated by a doctor or are having trouble with a tax auditor.

Miza, on the other hand, is the money that doesn't fit into a small envelope and requires something bigger, like a suitcase, or when the cash needs to be squirreled away in an account in one of the world's many tax havens. Without miza -- i.e., bribes -- virtually no foreign company could do business in Greece. Large government contracts are particularly prone to miza.

These deals often allow millions to flow via shell corporations around the world and back into the pockets of industrialists, civil servants, the military and politicians. Meanwhile, the payments are usually declared on the company's books as commissions for negotiating contracts. And German industry is one of the major players in the game of miza Monopoly.

Germany is one of Greece's leading trading partners. Last year, Germany exported goods worth €6.7 billion ($8.5 billion) to Greece -- compared to a volume of imports of only €1.9 billion. But what methods are used to achieve this enormous surplus?

According to the US Securities and Exchange Commission, for example, German carmaker Daimler has paid miza in past years to pave the way for vehicle deliveries to Greece. And even Germany's national railway operator Deutsche Bahn apparently resorted to bribes to win an underground railway contract in the run-up to the 2004 Olympic Games in Athens. To clinch the deal, a six-digit sum was reportedly given to a Greek decision-maker via an adviser. Transparency International rates Greece as the one of the most corrupt countries in Europe.

Such business deals are highly lucrative -- even with miza. "Anyone who pays bribes to get a government contract can pad his margin with a few extra million," says one investigator. "The excessive prices are of course shouldered by taxpayers."

This man must know what he is talking about -- he's been investigating for years the Siemens corruption scandal, in which a double-digit million euro amount was allegedly siphoned off for kickbacks in Greece. The Siemens branch in Athens reportedly relied on such sums to fuel the company's business deals in Greece until the year 2006. This included contracts with the former state-owned telecommunications company OTE, surveillance and security technology in connection with the 2004 Olympic Games, and underground railways.

Investigators into the Siemens scandal have found that the company's Greek branch needed an annual slush fund of some €15 million. To secure the €500 million OTE contract alone, the firm allegedly paid €35 million in miza in the late 1990s. At Siemens headquarters in Munich, they spoke with great admiration of their branch in Athens for years -- hardly any other national subsidiary had delivered such impressive results.

Even politicians in Athens have allegedly benefited from the deal. According to statements made by company executives involved in the payoffs, up to 2 percent of the revenues from the Siemens Hellas telecommunications division were paid to the two main political parties, the Panhellenic Socialist Movement, better known as PASOK, and the conservative New Democracy. In Athens one never knows which government will remain in office -- or for how long. Both parties have denied accepting any payments.

The German defense industry has also apparently been just as active as Siemens in Greece. Athens spends between €3 billion and €4 billion on arms imports each year, according to estimates -- an absurd amount for such a small country. German arms manufacturers have reaped the greatest benefits from these sales. Between 2004 and 2008 alone, they delivered roughly a third of Greece's defense imports.

Munich's state prosecutor is currently investigating whether everything was done by the book during the sale of four submarines. The order amounted to nearly €3 billion, and €2 billion had to be paid in advance -- which is unusual for such deals.

Investigators became suspicious when they discovered a questionable payment to a supposed consultant for the deal. A few years ago, a Greek man reportedly contacted the Essen-based conglomerate Ferrostaal and demanded a double-digit million euro amount in connection with the submarine transaction. At the time, Ferrostaal had formed a consortium with ThyssenKrupp subsidiary HDW. When company executives in Essen refused to pay, the man threatened them with a lawsuit.

They eventually agreed to an out-of-court settlement brokered by a Zurich lawyer in 2006. Shortly thereafter, Ferrostaal transferred €11 million. What was the payment for? That is precisely what the Munich state prosecutor who is investigating the company's top executives would now like to know. Ferrostaal CEO Matthias Mitscherlich, who was recently forced to leave the firm and is one of the defendants in the case, allegedly knew about the dubious payment.

Greek authorities have now also taken a keen interest in the submarine deal. Investigators in Athens are looking into suspicious payments that were reportedly made via Austria, the Caribbean, Liberia and Cyprus. The beneficiaries have yet to be identified.

A prime example of such transactions is the sale of 170 tanks that Krauss-Maffei Wegmann (KMW) recently delivered to Greece. In exchange, the company was to receive €1.7 billion.

Such deals normally involve paying millions for consulting services. Exactly what kind of consulting is provided and why the companies are often located in tax havens remains largely a mystery. The secret firms generally belong to Greek "intermediaries" -- industrialists working on commission. In many cases, so investigators suspect, these intermediaries then distribute the money to decision-makers.

In the case of KMW, right about the time when companies were invited to bid on the contract, a Greek tycoon established a shell corporation on the Caribbean island of Nevis in the fall of 1999. The firm then concluded two contracts: a negotiating agreement with KMW and one with a firm called Evanston Group Ltd. on the British Virgin Islands, which was supposed to receive $60 million in exchange for the "acquisition of offset options."

How, exactly, is a shell corporation in the Caribbean supposed to provide services in Athens? When these agreements -- which were classified as top secret due to their "political nature" -- became public, officials in Munich launched an investigation. But they have made no headway because the Virgin Islands refuse to cooperate.

In Greece the Athens chief public prosecutor and an investigative committee looked into the role that politicians played in the deal. But these investigations have also come to nothing. That's hardly surprising in a country where not a single one of the 450 most important corruption cases in recent years has been concluded before a court of law.

Both KMW and Ferrostaal explicitly deny ever having paid bribes for the respective deals.

By now the defense contractor has delivered all 170 Leopard tanks to Greece -- but Greece still owes the company €180 million on the order.

The German submarine consortium reports that payments have only trickled in since 2005. Here the Greek state currently still owes €321 million. And Siemens is still waiting on an additional €20 million from the security technology deal for the Olympic Games.

This has prompted a number of defense companies to turn to the German government. Their demand: If Germany is helping Greece, then the Greeks should at least pay their debts. 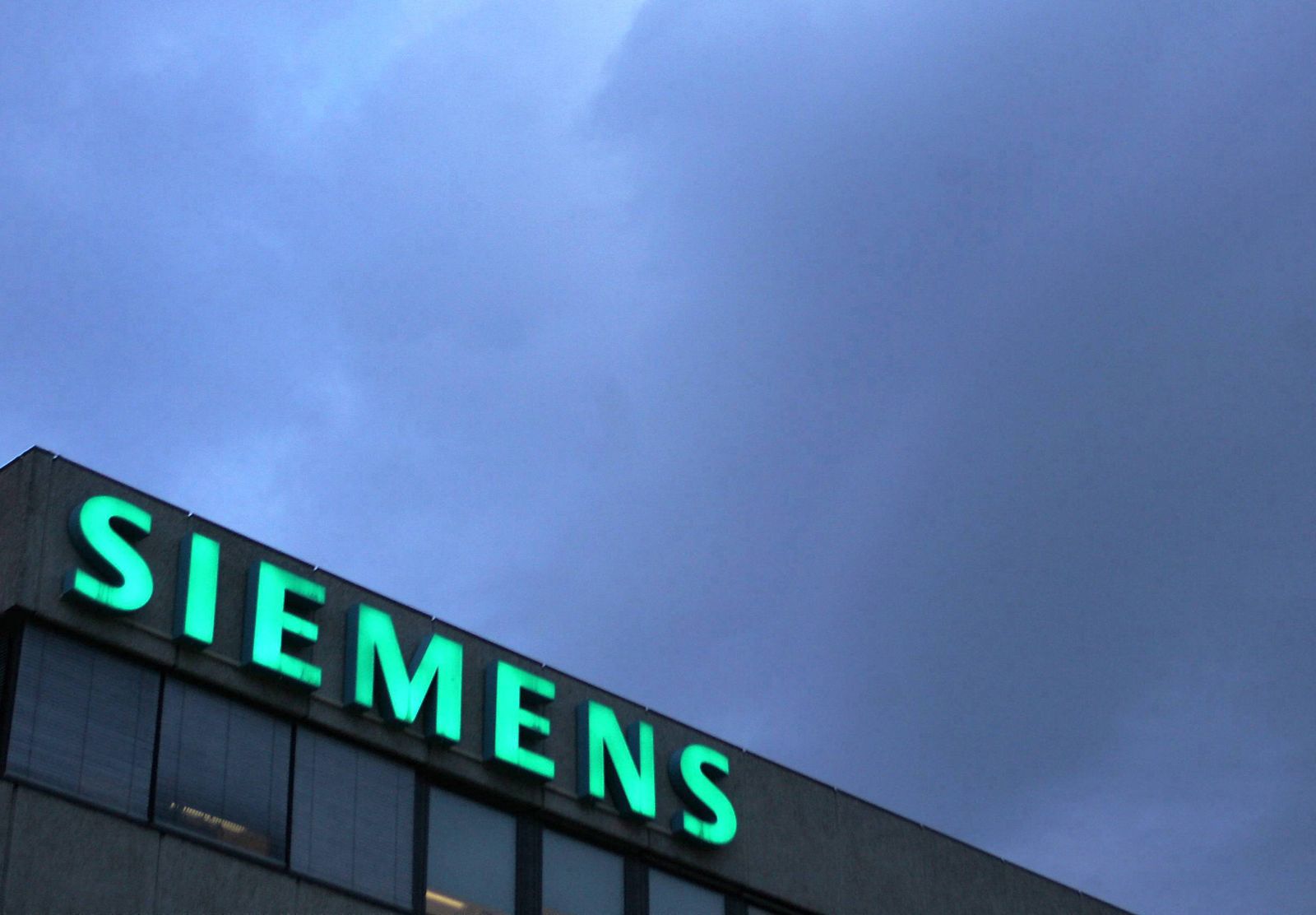 Siemens is another company suspected of paying bribes in Greece.