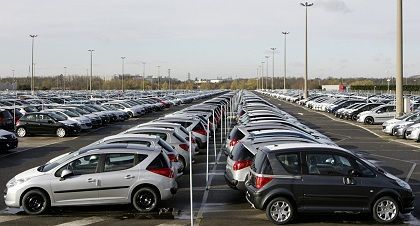 Sarkozy has encouraged French carmakers to return production to France, saying "it is not justifiable" for a French automobile maker to produce a car in the Czech Republic to be sold in France.

European leaders fear a new wave of protectionism is starting to sweep across the continent, and that an every-man-for-himself attitude will prevail as countries move to approve massive economic stimulus packages. The worries were triggered by news of a French plan to bail out its automobile industry to the tune of billions of euros and recent protectionist remarks made by President Nicolas Sarkozy.

On Tuesday in Brussels, the Czech Republic, which currently holds the six-month rotating presidency of the European Union, said it would call on EU member states to address the issue at a special summit in February. Czech Finance Minister Miroslav Kalousek called on EU leaders to send "a clear no to protectionism" and to coordinate their economic stimulus programs.

Meanwhile, Czech Prime Minister Mirek Topolanek warned of a "specter of protectionism" that could prolong and intensify the global economic downturn. And Germany Finance Minister Peer Steinbrück of the center-left Social Democrats said he was concerned about what he described as latent protectionism within the EU, and called on leaders to "speak openly" about the issue.

Germany's new economy minister, Karl-Theodor zu Guttenberg, said he viewed French moves to prop up the country's automobile industry skeptically. "The move made by the French yesterday must be measured by the definition of protectionism," he said.

His comments came after the French said they would move to provide government-backed, five-year loans at favorable interest rates to Renault and PSA Peugeot Citroen of €6 billion ($7.8 billion) each as well as €500 million for Renault Truck. Auto industry banks which provide consumer loans used to purchase cars were also expected to be given €2 billion in state aid. In exchange, the carmakers have provided guarantees that they will not close any plants in France and that they will seek to do everything in their power to avoid cutting French jobs.

The car manufacturers justified their decision to take government money by stating that they were unable to obtain loans from banks. Christian Streiff, CEO of PSA Peugeot Citroen, had threatened to suspend his company's research and development investments. "I now hope that the state loan will help us to secure further bank loans," he told reporters.

Politicians in Germany have roundly criticized the French plans. Norbert Röttgen, a senior politician with Chancellor Angela Merkel's conservative Christian Democrats (CDU), said his party's parliamentary group opposed any form of protectionism, adding that Germany is a country that believes in free trade. That's also Merkel's officially stated position. The government has noted that a successful part of the German government's economic stimulus package -- the so-called Abwrackprämie, or car trade-in provision, which provides a bonus to German car buyers who trade-in their old cars as they buy new ones -- also promotes the purchase of foreign-built automobiles.

Outside Germany, other EU member states also criticized the move. British Finance Minister Alistair Darling said EU member states should be concerned about any forms of protectionism, whether intentional or not.

A spokesperson for EU Competition Commissioner Neelie Kroes, said the politician was "worried" about reports on the deal. "If the aid was linked to conditions to keep production at home, then it would be illegal and will not be approved by us," spokesman Jonathan Todd told journalists. Kroes' office has said it will decide as quickly as possible on the package and that it has written to French government officials for further information. "We want to know all the details," Todd said.

The French first presented their car plan to EU finance ministers on Monday evening, claiming it wasn't intended as a protectionist measure -- a view that many ministers disputed.

Czech government officials have been particularly critical of Sarkozy following statements about production in the Eastern European country made during an interview on French television last week. "It is justifiable if a Renault factory is built in India so that Renault cars may be sold to the Indians," Sarkozy said. "But it is not justifiable if a factory of a certain producer, without citing anyone, is built in the Czech Republic and its cars are sold in France." His comments were an indirect reference to PSA Peugeot Citroen, which has a plant in the Czech city of Kolin.

Sarkozy is seeking to keep car manufacturing at home in France and he has said that companies receiving state aid should think about moving their plants back home. Despite this pressure from Paris, however, the company has said it will continue to manufacture vehicles in the Czech Republic.

For its part, the EU has warned that if the payments include provisions "like the obligation to keep production centers in France" or if they would require manufacturers to only buy French products or invest only in France, then they would clearly violate EU law.