The turning point came almost exactly four months ago. On Sept. 6, 2012, 22 men gathered on the 36th floor of the European Central Bank building in Frankfurt to reach a momentous decision on the Continent's common currency. The euro, said ECB President Mario Draghi at the press conference following the meeting, is "irreversible." To save it, he added, his bank would undertake unlimited purchases of sovereign bonds should it become necessary.

Since then, an amazing thing has happened. Although the ECB has yet to embark on any such bond shopping sprees, countries such as Italy and Spain, at risk of being engulfed by the crisis, no longer have to pay the horrendous interest rates they did in the middle of 2012. Furthermore, the massive imbalances that have recently plagued the European banking system have shrunk, if only slightly.

As recently as the summer of 2012, investors and those with savings accounts in crisis-stricken countries were moving their money out as quickly as they could. Billions of euros were withdrawn from accounts in Greece and Spain and banks in stable countries such as Germany put a cap on the amount of money they were willing to lend business partners in countries hit hardest by the euro crisis.

But since last autumn, this trend has come to a stop. Indeed, the most recent numbers indicate that a slight reversal is underway, with ECB statistics showing that deposits in Spanish and Greek banks have recently ticked upwards. Furthermore, Germany's central bank, the Bundesbank, reported this week that imbalances in Europe's so-called Target2 settlement system, in which euro-zone central banks and the ECB transfer money across the common currency union, have declined. As the euro crisis progressed, the system had become massively imbalanced, which could result in massive losses for countries such as Germany should Greece, for example, be forced to exit the euro zone.

Just prior to the ECB's massive intervention on the bond markets in August, 2012, the Bundesbank had Target2 claims worth €751 billion ($981 billion). But by the end of December, they had sunk to €656 billion. The imbalance is still dramatic, but the trend reversal provides cause for hope, particularly because it is mirrored by falling debts at the other end of the transfer system. Taken together, the combined Target2 debts owed by Italy, Spain, Greece, Portugal and Ireland shrank from €989 billion at the end of August, 2012 to €902 billion at the end of October. More current data is unavailable.

When the Target2 system is healthy, accounts balance out and the discrepancies, such as they are, tend to be close to zero. And that is how things actually looked until 2007. But as the crisis took hold, the balances of those euro-zone countries suffering the most under the crisis began to drift apart from those, like Germany, that remained largely untouched, a phenomenon first noticed by German economist Hans-Werner Sinn.

The imbalances were the direct result of both savers and investors pulling their money out of the euro zone's ailing member states. Furthermore, because banks in the better-off countries of Northern Europe were increasingly skeptical about doing business with their Southern European cousins, financial institutions in Greece, Spain, Portugal and elsewhere became increasingly dependent on money borrowed from the central banks in their home countries. Such credits show up in the Target2 balance -- and are also reflected in the claims held by central banks in stable members of the common currency area.

Crisis Not Yet Overcome

The reversal of the dangerous trend has many breathing a sigh of relief. "Trust is returning," says an investment banker at a bank in Germany. "Spanish banks are once again receiving investor money." Nevertheless, the trader noted, most financial institutions in crisis-stricken countries remain cut off from the interbank lending market. "Such business is still being conducted via the ECB."

Even Draghi's biggest critics are not denying that the ECB president's plan to buy unlimited amounts of sovereign bonds is largely responsible for the improvements. The announcement "calmed the markets and initiated the trend reversal," economist Sinn, who is president of the Ifo Institute in Munich, told SPIEGEL ONLINE. "Fresh liquidity with affordable interest rates is flowing to Southern Europe. That reduces the Target2 imbalances."

Nevertheless, Sinn is not prepared to count the phenomenon as an ECB success story. On the contrary: "The markets have been calmed because new ways have been found to make taxpayers in those European countries that are still healthy liable," Sinn says. He is not just referring to the bond purchases that could be undertaken by the ECB -- purchases that taxpayers are ultimately liable for. Rather, he is also referring to new rules allowing the crisis backstop fund, the European Stability Mechanism, to provide aid directly to banks.

"The debt crisis is eating its way ever further into the budgets of Europe's core countries," he says. "But policymakers are celebrating the obfuscation of this fact as a success."

In other words, Sinn does not believe that the crisis has yet been overcome. The risks have merely been shifted. 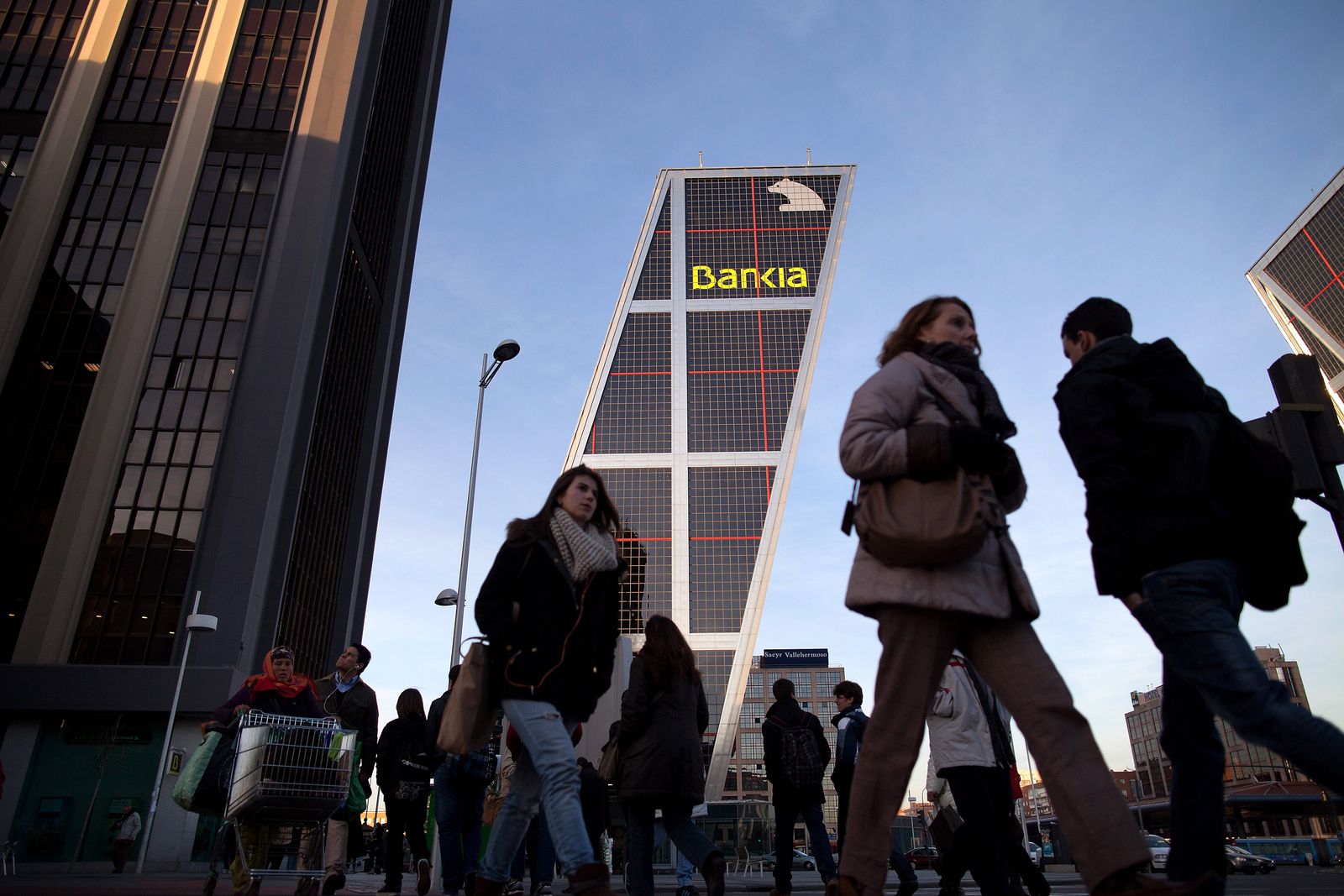 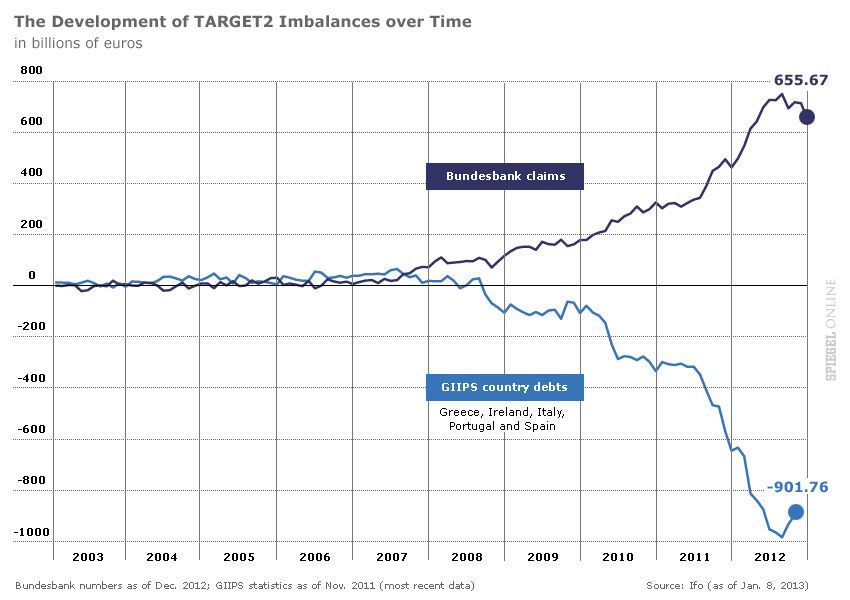 Graphic: Discrepancies in the Target2 system.