Who is one to believe these days? On the one hand, there are the global stock markets which have been surprisingly buoyant this week. Analysts are insisting that the positive mood is the result of renewed efforts in Europe to solve its ongoing debt crisis, with some reports indicating that European leaders are considering expanding the euro backstop fund and others saying that the fund could be leveraged to the tune of €2 trillion ($2.72 trillion).

On Tuesday alone, share prices for French banks BNP Paribas and Societe Generale, both of which are highly exposed to Greek and Italian debt, rose by 16.8 percent and 14.2 percent respectively. Risk premiums on Italian bonds, which have been steadily rising this year, have fallen back.

On the other hand, though, Europe's politicians are denying that any grand plan -- beyond the ongoing ratification of the €440 billion European Financial Stability Facility -- is afoot. German Finance Minister Wolfgang Schäuble said on Tuesday that an expansion of the EFSF beyond €440 billion isn't planned, adding that "a lot of nonsense" comes from Brussels. In separate comments, he called the idea "stupid" due to the pressure it could put on Germany's AAA debt rating.

What is clear, as became apparent over the weekend, is that Europe has come to realize that -- with the futures of several banks likely hanging in the balance should Greece topple, and the threat of contagion spreading elsewhere as a result -- the EFSF as currently constituted is insufficient. And the idea of leveraging the fund, by using its assets as collateral to borrow tens of billions more, would seem to be gaining support.

Olli Rehn, European commissioner for economic and monetary affairs, admitted as much on Saturday during a semi-annual IMF meeting in Washington. He said that the EU was considering ways to "increase the firepower" of the EFSF.

It is not an uncontroversial idea, which explains why there is so much confusion at the moment as to what Europe's next move might be. With euro-zone parliaments currently in the process of passing the initial EFSF expansion, to €440 billion, few seem willing to speak openly about what the immediate future might hold. Austria approved the plan on Tuesday and Finland is set to vote on the plan on Wednesday.

On Thursday, it is Germany's turn and the vote has developed into a crucial one for Chancellor Angela Merkel. A test vote on Tuesday revealed that several members of her Christian Democrats plan to oppose the EFSF expansion along with a handful of legislators from her junior coalition partners, the Free Democrats. While passage of the bill is a foregone conclusion due to widespread opposition support, Merkel's power would be drastically curtailed were she forced to rely on help from the center-left Social Democrats to pass the bill. Indeed, her shaky coalition majority partially explains the vehemence with which Merkel and Schäuble have denied rumors of further EFSF expansion.

Furthermore, the FDP has made it a condition of their support that no further EFSF expansion be undertaken. The ceiling for German obligations must remain €211 billion, as currently planned, said FDP head Philipp Rösler on Tuesday. "That is the common position of the governing coalition," he said.

Given the continued rise of global markets on Wednesday, it would seem that investors are not taking such statements at face value. And French Finance Minister Francois Baroin implied earlier this week that they were right to have their doubts. "It is out of the question to put forward, three days before the Bundestag vote, the issue of whether we should increase the fund. Let's not open Pandora's box on something that is a red flag for Germany."

'All Kinds of Help'

Markets, of course, aren't just responding to expectations that Europe will maximize the impact of the EFSF. The Greek parliament this week passed a controversial new real estate tax and the country now appears to be on track to receive the next tranche of the €110 billion bailout fund passed in the spring of 2010, forestalling insolvency for now.

Furthermore, during a visit of Greek Prime Minister George Papandreou to Berlin on Tuesday, Merkel reiterated German support for Athens. "We want a strong Greece in the euro area and Germany is ready to offer all kinds of help that is needed," she said.

Still, Standard & Poor's made it clear earlier this week that there may be limits to what Germany can do when it comes to propping up the euro. In comments to Reuters, David Beers, the head of S&P's sovereign rating group, said that either leveraging the EFSF or boosting it further could have "potential credit implications in different ways."

Whereas analysts have indicated that some €2 trillion might be needed were Italy and Spain to run into significant trouble, Beers said that "we're getting to a point where the guarantee approach of the sort that the EFSF highlights is running out of road."

In addition to looking at ways to increase the effect of the euro bailout fund, there have also been indications this week that euro-zone countries were looking into an extensive haircut on Greek debt. The Financial Times on Wednesday reported that several members of the common currency union would like to see private investors take a bigger hit, with some saying that bond investors should be forced to accept losses of 50 percent or more.

The calls imply revisiting a deal struck just two months ago as part of a second €100 billion bailout package for Greece, to be finalized later this fall. But with worries increasing that Athens' cash needs have actually risen since the agreement was struck, some have advocated a new look at losses investors should be forced to absorb. Even Otmar Issing, a former chief economist of the European Central Bank, said that writedowns of 50 percent or more are necessary. "Greece will not get back on its feet without a serious reduction in debt," he told the German news magazine Stern on Tuesday.

Clarity on the euro zone's plans is not likely to come soon, despite a Wednesday warning from European Central Bank head Jean-Claude Trichet that "now is the time for effective action, implementation, verbal discipline and a stronger team spirit." Several more member states must still approve the EFSF and the process isn't expected to be completed until the second half of October.

And once it is, there are, it would seem, several more questions to be addressed. European Commission President Jose Manuel Barroso hinted as much during his state of the union speech on Wednesday morning.

"If we do not move forward with more unification, we will suffer more fragmentation," he said in Brussels. "I think this is going to be a baptism of fire for a whole generation." 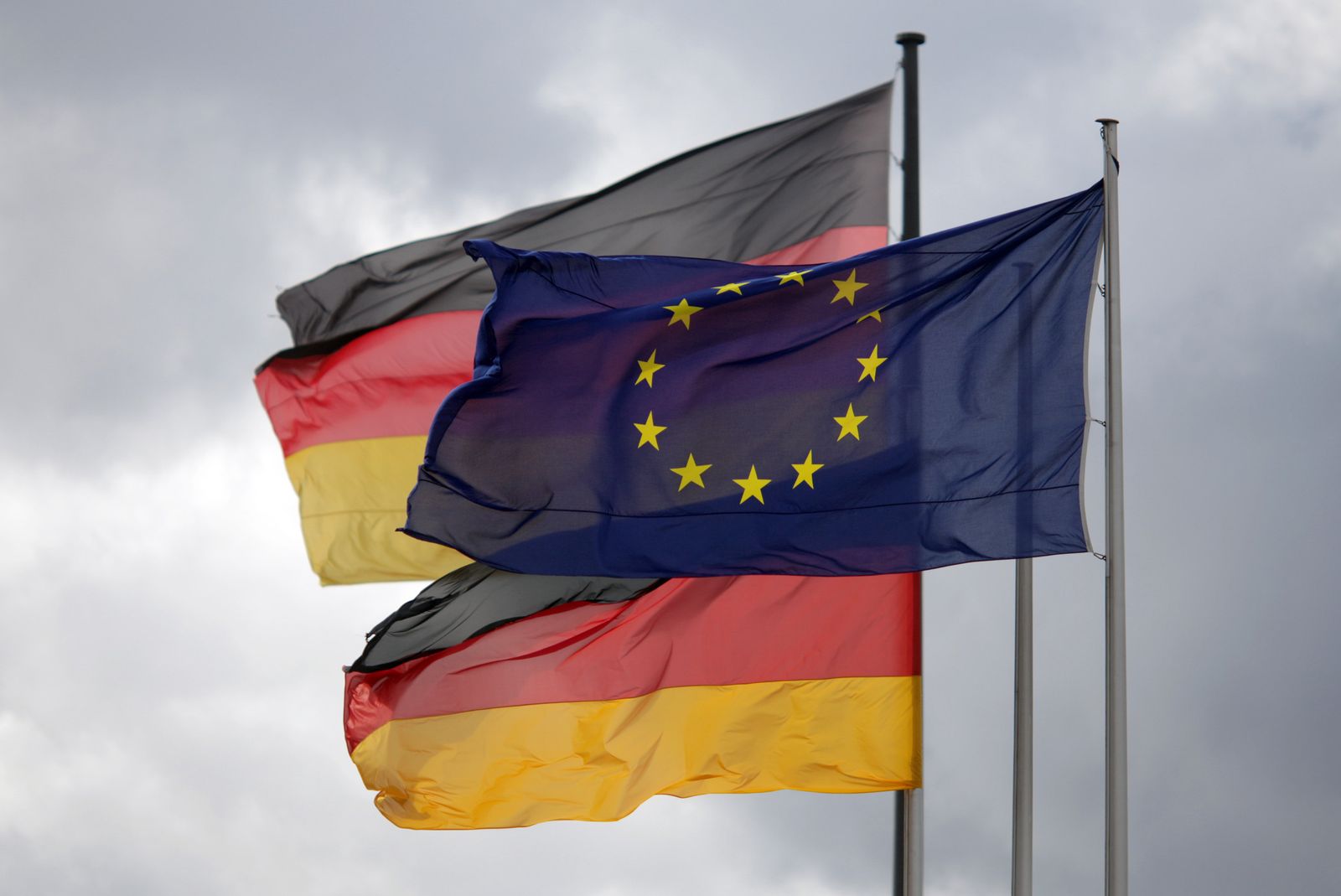 Germany holds the reins when it comes to saving the euro.