The material he had to work with was indeed highly complex, but for a moment, the president of Germany's Federal Constitutional Court even managed to generate a bit of laughter when he announced the decision in Karlsruhe on Wednesday morning. The clamor came at the moment when Andreas Vosskuhle misspoke and stated that the petitions by the plaintiffs had been largely "founded." But it had been a Freudian slip and he quickly corrected himself after a colleague pointed this out, saying "unfounded."

On Wednesday, the petitioners in the case challenging the ratification of the permanent euro bailout fund, the European Stability Mechanism (ESM), and the fiscal pact failed. They included Peter Gauweiler, a conservative member of parliament with the Christian Social Union, the Bavarian sister party to Chancellor Angela Merkel's Christian Democratic Union party, as well as the Left Party.

With its decision, Germany's highest court has remained true to its previous decisions regarding the common currency. So far, the court has not yet not rejected a single measure taken by the government in its efforts to save the euro. As in previous rulings on the euro bailout, the court stipulated the conditions under which the ESM treaty, which will be international law, can be ratified.

1. What Does the Ruling Mean for Germany and European Politics?

For a start, German President Joachim Gauck will soon be able to sign the laws on the ESM and the fiscal pact that were approved by the German federal parliament, the Bundestag, and the upper legislative chamber representing the states, the Bundesrat, in June. This means ESM will soon be codified in Germany and it will also be able to commence operations. Germany will become the final ESM member state to ratify the treaty.

Nevertheless, the court has imposed some conditions under international law that the German government must adhere to in its ratification of ESM. Germany's upper ceiling of liability for rescue measures undertaken by the ESM will be capped at €190 billion ($245 billion). The court also affirmed the current rules -- namely that that obligation cannot be changed without the approval of the German representative within the ESM. In other words, there can be no increase in the scope of the funds made available from Germany without a "yes" from Berlin. This is because the position of the German representative to the ESM must always be given a mandate through a vote in parliament on any important bailout decisions.

In the next step, the German government's lawyers will likely submit a legal clarification that takes into account the court's provisos. It is possible that Gauck may still be able to sign the law before the end of the week.

2. What Does the Ruling Mean for Angela Merkel?

The chancellor can breathe a bit more easily. She had a large role in the creation of the ESM and fiscal pact and the German leader has put her stamp on each. With the ruling, the constitutionality of her euro-rescue policies has now been confirmed. A decision to the contrary would have been a slap in the face, but now she will emerge with her role in domestic politics strengthened. The ruling has also spared the chancellor of serious embarrassment abroad. After all, what would she have told her partners if Germany, the country that has been both the admonisher in Europe and also its model pupil, of all member states, were the one to cause ESM's failure?

Still, the ruling isn't going to make things that much easier for Merkel. Already, negotiations at the international level on the German side have become highly complex given that the Bundestag must always play a role in these decisions -- and that role has been strengthened by the Constitutional Court's ruling. Negotiations require considerable strength and effort and also lead to difficult debates in Germany -- even within Merkel's own coalition government. With each significant step in efforts to rescue the euro, she will have to seek support for a majority even within her own ranks. Given the waning support for her crisis policies within her coalition, this could get increasingly difficult.

3. What Does Decision Mean for Opposition Social Democratic Party (SPD)?

The judgment from Karlsruhe is also a relief for the Social Democratic Party (SPD), the center-left opposition. Euro pragmatists like parliamentary group leader Frank-Walter Steinmeier will be especially pleased. Steinmeier and his colleagues pushed hard to ensure that the SPD supported ratification of the ESM -- efforts for which they garnered some criticism from within their own ranks. Some of these critics would prefer their party to distinguish itself more clearly from Merkel's euro rescue policies. Just as her positions have driven members of the far-left Left Party to participate as petitioners in the case in Karlsruhe, SPD critics like Herta Däubler-Gmelin, a justice minister in former Chancellor Gerhard Schröder's cabinet, have also taken part. Had they in fact prevailed, Steinmeier and his followers would have appeared foolish.

Still, a fundamental problem remains for the SPD: How can party leaders successfully distance themselves from Merkel's euro approach without endangering the currency? So far, they have no convincing answer to this question, and the verdict in Karlsruhe won't change this.

4. What Does Ruling Mean for the Bundesrat and Bundestag?

As in previous rulings, the high court has explicitly strengthened the the right to codetermination in decisions on euro rescue measures of the directly elected parliamentarians in the Bundestag, and of the Bundesrat, which represents the country's 16 states. Decisions on the federal budget remain a core element of the constitution, the court ruled. As such, the ruling says that the professional secrecy employees of ESM are required to maintain must not "stand in the way" of requests for comprehensive information by the Bundestag and the Bundesrat.

The judges also explicitly affirmed Germany's ability to tie its fiscal policies more tightly to those of the EU. Doing so does not necessarily mean the budgetary rights of the Bundestag would be "infringed in a way that could be challenged," the court said. "Rather, the relevant factor for adherence to the principles of democracy is whether the German Bundestag remains the place in which autonomous decisions on revenue and expenditure are made."

Yes. The court plans to take a second look at conservative politician Peter Gauweiler's last-minute petition for a temporary injunction at a later date. The petition argued that the European Central Bank's announcement last week that it would purchase unlimited quantities of sovereign bonds from struggling euro-zone member states increased financial risks to taxpayers. This is an issue the court will address in principal proceedings, court President Vosskuhle said. It will have to determine whether the ECB's decision exceeds Germany's obligations to the ESM and the fiscal pact.

Gauweiler has justified his petition by claiming that the unlimited purchase of bonds by the ECB under certain conditions would invalidate the ESM and all other decisions made in the euro crisis thus far, calling it a "self-empowered, unlimited ultra- and hyper- bailout fund." 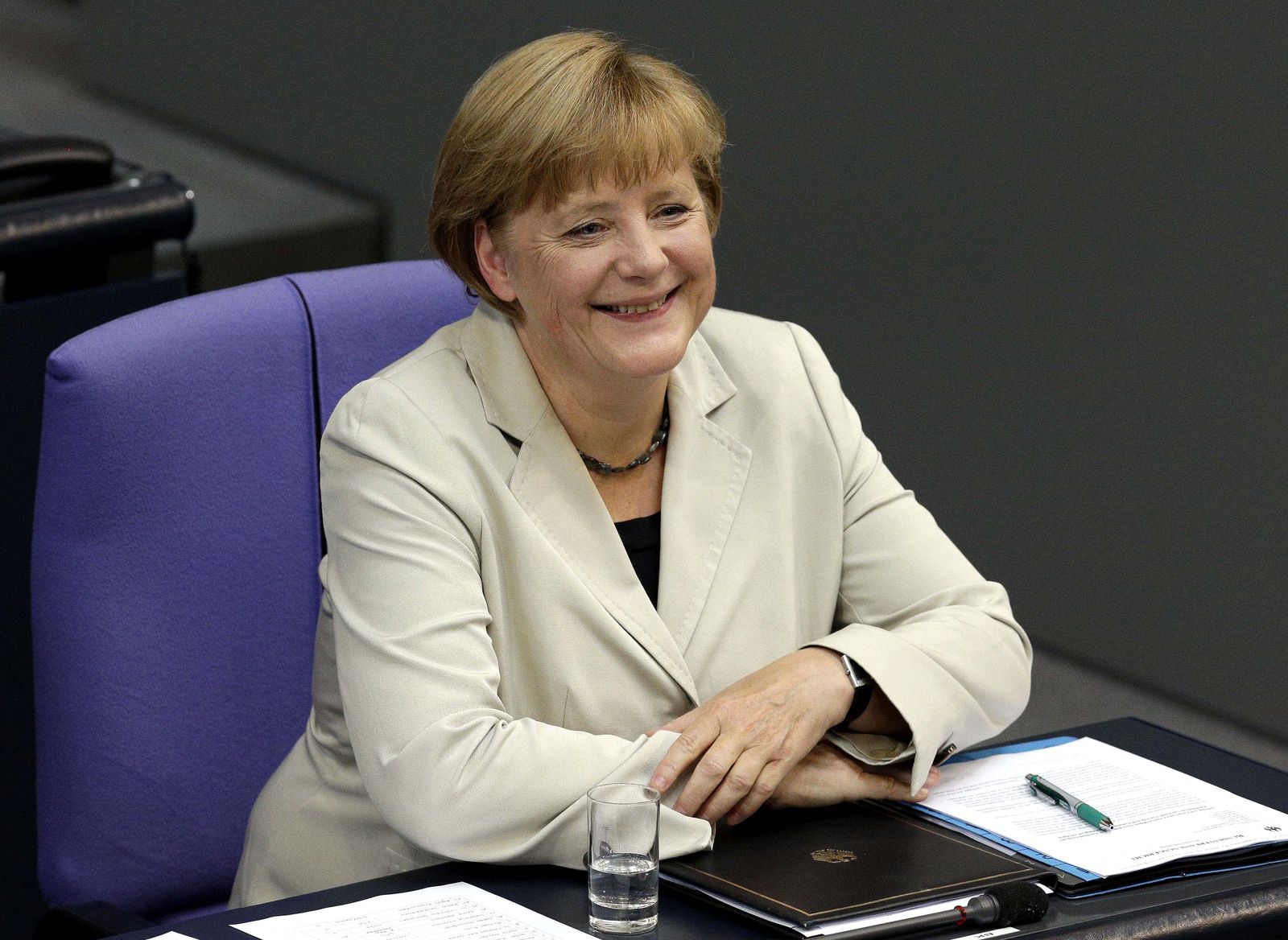 With a Constitutional Court ruling in favor of her government's euro rescue policies, German Chancellor Angela Merkel can breathe a little easier now.