Thilo Sarrazin, the former board member of Germany's central bank who caused outrage two years ago with a bestseller criticizing the impact of Muslim immigrants on German society, presented a new book on Tuesday that could strike a similar chord with Germans: "Europe Doesn't Need the Euro."

In his latest work, the combative politician, a maverick member of the opposition center-left Social Democratic Party, controversially argues that Germany is being pressured to bail out the euro zone because it perpetrated the Holocaust.

Sarrazin writes that supporters of euro bonds in Germany "are driven by that very German reflex, that we can only finally atone for the Holocaust and World War II when we have put all our interests and money into European hands," according to excerpts published in German media ahead of the book launch.

Politicians lined up to dismiss the comment as an attempt to whip up publicity for his book launch with crude rhetoric laced with far-right undertones.

"It is pitiful that he invokes the Holocaust to secure the maximum possible attention for his theories on euro bonds," the parliamentary floor leader of the opposition Greens, Jürgen Trittin, told the newspaper Die Welt on Monday, adding that Sarrazin was engaging in "deutsche mark chauvinism."

Carsten Schneider, a budget policy spokesman for the SPD, said: "Sarrazin is once again trying out the usual provocation. His criticism of the euro is nationalist and reactionary." Volker Kauder, the parliamentary group leader of Chancellor Angela Merkel's Christian Democrats, said: "Sarrazin is wrong again. The euro is a success story and will remain so."

Chancellor Angela Merkel has steadfastly rejected the introduction of euro bonds -- jointly issued and guaranteed by all the euro member states -- as a way to tackle the debt crisis. She says the move would increase German borrowing costs and remove an incentive for high-debt countries to bring their finances in order, because they would have access to funds at affordable interest rates.

Pressure on her to back down is mounting, though. France's new president, François Hollande, has said he will propose euro bonds at an informal EU summit in Brussels on Wednesday. Italian Prime Minister Mario Monti is expected to back him.

Sarrazin's comment on the Holocaust is a blunt way of describing the central tenet of German foreign policy ever since the end of World War II -- that Germany's leading role in pushing for European integration stems from its responsibility for the war and the Holocaust.

But whether intended or not, his phrasing chimes with the line of argument often cited by far-right politicians of the National Democratic Party -- that Germany is being cowed by its Holocaust guilt, and that it has done enough atoning.

It comes as no surprise that the NPD issued a statement this week praising Sarrazin and criticizing Germany's "psychopathological guilt complex that makes it fulfil almost every wish of self-interested foreign countries even 67 years after the end of the war."

Germany's agreement to bail out Greece reveals its "susceptibility to blackmail," Sarrazin wrote, alluding to crimes committed by the Nazis before and during World War II. "This policy is turning Germany into a hostage of all those in the euro zone who may in the future, for whatever reason, need help," he said.

One of Sarrazin's main arguments is that the euro hasn't significantly boosted German foreign trade, contrary to claims from euro supporters who say the currency has given Europe's largest economy crucial exchange rate stability in its most important markets.

He cites figures showing that German trade with nations outside the 17-member euro zone has risen far more strongly than trade with euro member states since the currency's launch on Jan. 1, 1999. But he doesn't factor in that the increase in trade outside the euro area was largely due to soaring economic growth in Eastern Europe and Asia over the last decade.

The figures give no insight into how trade inside the euro zone would have developed without a single currency. Many economists argue that Germany has been the main beneficiary of the euro. They say it has spared the country rapid currency appreciations that would have made German industry uncompetitive inside and outside Europe. They also argue that devoting hundreds of billions of euros in guarantees for ailing euro members doesn't stem from altruism but is in Germany's best economic interest.

Nevertheless, many of Sarrazin's arguments are widely accepted. He says it was a mistake to launch the currency before Europe had a common fiscal policy, and that it was wrong to let countries like Greece join because their economies weren't ready.

He concludes that Europe can only get out of its mess if it rapidly moves towards political union, which he opposes, or that the union should be transformed into a looser formation that allows troubled member states to quit so that they can regain competitiveness through currency devaluation.

In other comments, he uses terms such as "culture" and "mentality" to explain the lack of budget discipline in southern member states of the euro zone. Many Germans will share that view and approve of Merkel's strict insistence that ailing states must undergo stringent austerity. It is a stance which is leaving her and Germany increasingly isolated in Europe.

Despite the Holocaust comment, Sarrazin's book is less provocative and better argued in parts than his 2010 book "Germany Does Itself In" in which he claimed that Germany was in decline because of the rapid growth of an underclass of poorly educated Muslim immigrants who were unwilling to integrate into society.

Sarrazin, a former finance minister for the city-state of Berlin, quit his position at the Bundesbank in 2010 after reaching a settlement with the central bank, which had tried to fire him for damaging its reputation with his repeated provocative comments about immigrants.

He has since embarked on a lucrative career as an author. Sarrazin sold over 1.3 million copies of "Germany Abolishes Itself." 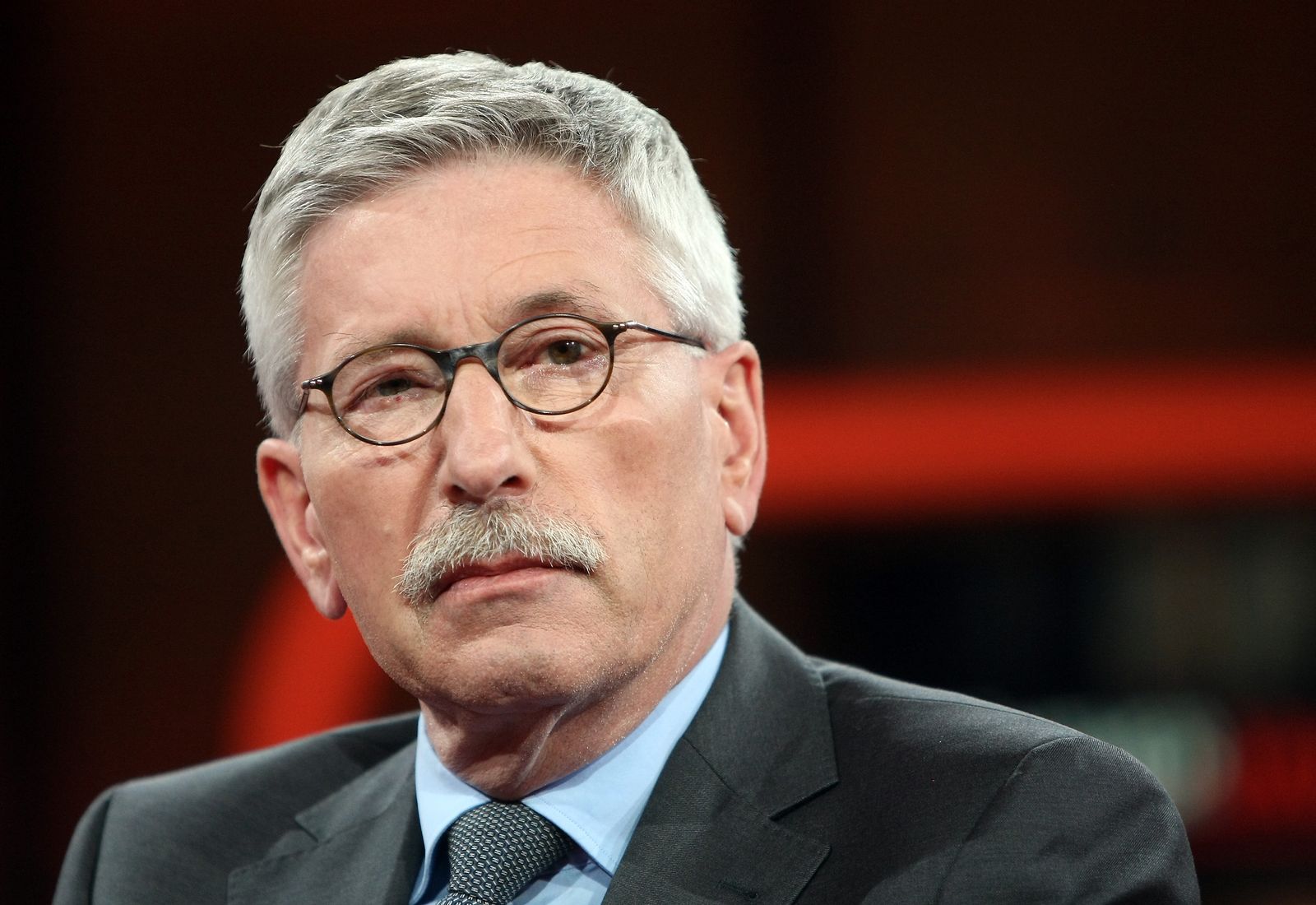