Every institution has its founding myths. Assumptions that, in the best case are only partly true, but still vital to getting the day's work done. Among the European Union's founding myths is that its officials, though they may come from different countries, set aside their national identities to work together for European unity.

But doubts about this assumption arise repeatedly. For instance, when Mario Draghi became head of the European Central Bank and many Northern Europeans suggested that mega-inflation was a foregone conclusion. Since Draghi is Italian, a country where two-digit price increases aren't unusual, he's had to work that much harder to emphasize his reliability.

Then there is European Commission President José Manuel Barroso, who has tried to ensure that he isn't perceived primarily as a Portuguese man. As the Commission's leader, he is expected to embody cross-border consensus more than any other. Since Monday, however, it seems possible that even Barroso doesn't always leave his national identity at the door.

In a think-tank dialogue in Brussels, Barroso cautiously criticized the austerity measures that the EU has so far imposed on the mainly Southern European members states in economic crisis. While the policy may be "fundamentally right," he said, it had "reached its limits." In the short-term, "a stronger emphasis on growth" is needed, he added.

The commotion created by his statements was great, particularly in the English-language press. "Era of Austerity Has Run its Course, EU Says," a Reuters headline read. "Limit Austerity, EU Official Says," was the headline in the Wall Street Journal.

The angry reaction from Germany wasn't long in coming. "Growth cannot be purchased with new debts," Foreign Minister Guido Westerwelle warned. "The Commission president is putting the euro rescue in question," said Herbert Reul, who as head of the German conservatives in the European Parliament even belongs to the same party family as Barroso.

Perhaps the perturbation was so great because Barroso is one of the last people expected to make such criticisms. He is thought to be bland and hasn't earned a reputation for taking clear positions in the euro crisis -- much less against German Chancellor Angela Merkel, to whom he owes much of his controversial re-election.

But has Barroso really initiated a major change in course? It wouldn't be entirely surprising, given that anti-austerity sentiments are growing in many crisis countries, where the recession has shown few signs of lifting. Several days ago, it emerged that a study often quoted by austerity proponents contains major miscalculations.

But at the European Commission, no one wants to hear about a turning point. Barroso certainly wasn't talking about putting an end to austerity or taking on new debts, officials in Brussels are saying. He was merely suggesting that there should be a stronger emphasis on growth, something that should come from structural reforms and targeted use of EU subsidies, they say.

These suggestions, however, are not new. From the outset reforms were part of the bailout packages. As early as 2011, a group of experts was tasked with the job of improving the efficiency of EU structural funds in Greece. The fact that Cyprus is now set to receive early payments from an EU structural fund is a side note in the larger EU bailout drama.

Nevertheless, Barroso has not been completely misunderstood. The EU has been negotiating for a while with several countries about whether they should be given more time to reach their deficit targets. This includes not only Greece, Portugal and Spain, but also France.

'The Treaty Means Nothing'

Ultimately, though, the Commission will have little choice but to relent. New figures released on Monday, almost at the same time Barroso made his statements, indicate that the new borrowing in the crisis countries has further increased. In Greece, the figure for last year was 10 percent, significantly higher than the 6.6 percent expected by the European Commission. And things don't look too rosy in Barroso's home country either. Although long considered a model reformer among the euro-zone's debt-crisis nations, Portugal's budget deficit rose to 6.4 percent instead of the 5 percent expected by the EU.

In his debate in Brussels, it's possible that the question asked by the panel's host momentarily injured Barroso's pride as a Portuguese and Southern European man, and that he offered his fellow nationals the prospect of easing austerity measures in response.

According to a transcript of the think tank discussion swiftly released by the Commission in response to the media furore, panel host Matina Stevis ridiculed the Commission for not taking enough action. She accused Barroso and his fellow commissioners of limiting their work in the crisis to making sure that crisis countries obeyed the European treaties.

The transcript indicates that Barroso then explained in detail why contracts actually are important. The violation of them, he reminded his audience, is what led to the crisis in the first place. It was after that point that he made the statements that are now being widely interpreted as signs that Barroso is turning away from the EU's austerity path. In Monday's conversation, it is likely that not only Barroso's nationality played a role in the discussion, but also that of Stevis, a Greek national who is a journalist with Dow Jones and the Wall Street Journal. After a prominent Greek blogger began tweeting about her plea on behalf of Greeks, journalist Stevis proudly tweeted back, "Hey! That was me!"

Given the rarity with which Barroso makes a splash in the headlines these days, one might not have blamed him for tweeting similar sentiment. In the end, however, Barroso quickly backpeddled away from his cautious push against austerity. A spokesperson for the Commission said on Tuesday that reports suggesting an end to Europe's austerity drive were an unfair interpretation of Barroso's remarks. 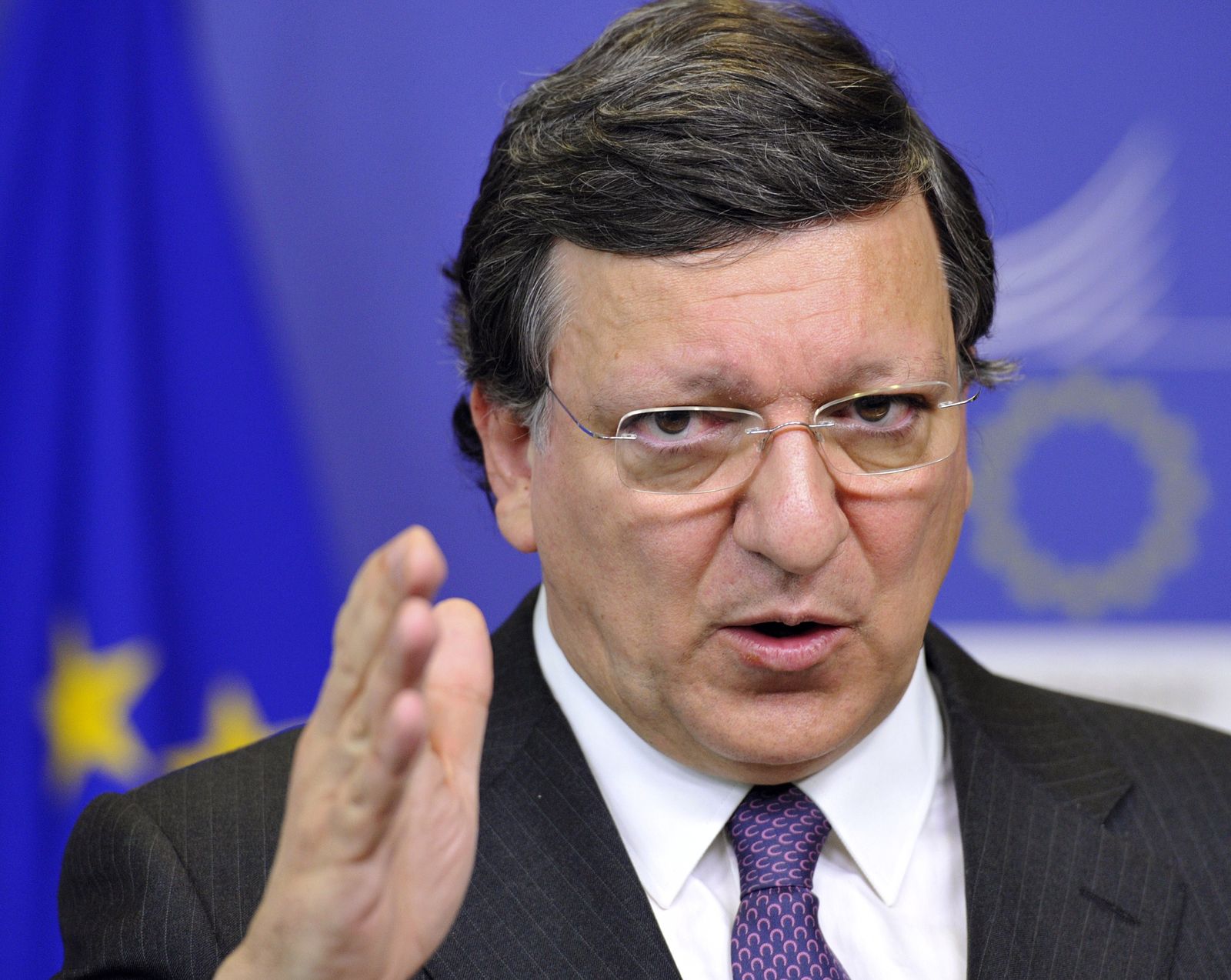 Barroso made waves on Monday by suggesting that austerity has "reached its limits."