This week it once again seemed like Silvio Berlusconi's fate would be sealed. But that turned out not to be the case: 23 Italian senators spent six hours discussing and threatening one another -- before adjourning until late Tuesday evening. That meeting also ended without a vote.

The hearings, which are reportedly set to resume on Thursday at 9 a.m., are supposed to determine whether the former prime minister will lose his political office after being decisively found guilty of tax fraud. The law states Berlusconi must go, but the law, at this point, has become a side issue.

Berlusconi himself is in a state of perpetual outrage. He recently spoke of "attempted political assassination," and on Monday made a statement that pointed to what this Italian farce is actually about. "They are treating me," he said, appalled, "like a common criminal."

About one month ago, after dozens of trials, Italy's four-time head of government was finally, decisively found guilty by Italy's highest court. The verdict called for four years of jail for tax fraud. And even if Berlusconi only has to serve one year of house arrest or do community service, Italian law calls for him to give up his seat in the senate and with it, his immunity. But Berlusconi and his party are fighting against this with all means at their disposal -- they want special rules. Once again, Italy's legal system is getting a bad name.

'Whose Fault Is It If the Boat Sinks?'

On Aug. 1, when the head judge of Italy's highest court delivered his verdict against Berlusconi, there was a saying carved above him in wood: All are equal before the law. Recent events suggest this only partly applies to Berlusconi.

Since the "Severino law" passed in 2012, anyone who has been sentenced to more than two years of jail must lose his or her position in political office. This means that, although Berlusconi's jail term still needs to be negotiated, he is barred from office. The Italian reality, however, is as follows: Berlusconi and his party want to use all methods at their disposal, including threats, to prevent "Il Cavaliere" from being removed. On Tuesday, his party's group leader said, in parliament, "If Berlusconi loses his office, the government will fall."

The decision about Berlusconi's future will be made by a parliamentary committee of 23 lawmakers: Prime Minister Enrico Letta's Democratic Party wants to apply the law, Berlusconi's People of Freedom party does not (even though it supported passing it). The problem: Both are together in a grand coalition, and, because of the Berlusconi affair, that coalition has been close to collapsing for weeks. Letta has spoken of "permanent political chaos" that needs to be stopped.

The political tug of war has already dominated Italy's summer silly season. Berlusconi has stated almost every day that he is innocent and will not give up. Airplane banners calling for "freedom for Silvio" have flown above Italian beaches. If Berlusconi has to step down, his most loyal followers see it as an end to democracy.

Their concern is always Berlusconi's "political agility" -- a worry that apparently stands above all others. Il Cavaliere has threatened his coalition partners by saying, "If two friends sit in a boat and the one throws the other overboard, whose fault is it if the boat sinks?"

Italian media are in a constant state of alarm. Every week there are new headlines claiming the government is about to collapse, for real this time. What gets lost is the fact that the threat of collapse is likely a hollow one. If the former prime minister's party were actually to leave the government, Il Cavaliere would no longer be able to keep calling the shots. It's totally unclear how a new election would turn out.

The Berlusconi camp's strategy for now is to cause delays. This weekend, his lawyers even petitioned the European Court of Human Rights in Strasbourg and then claimed that, until the Strasbourg court had reached a decision, the proceedings in the Senate would have to wait.

A large portion of Italians distrust the legal system. While Berlusconi's followers describe the proceedings and the verdict as persecution by left-leaning judges, others simply shake their heads at what they see as a politicized judiciary. A final decision about Berlusconi's future could be delayed until as late as mid-October, when a court in Milan is to decide about the length of the political-office ban.

Before then, Berlusconi needs to decide how he wants to serve his sentence. According to reports by Milanese newspaper Corriere della sera, Berlusconi's lawyer, Franco Coppi, made it clear to the former prime minister that he needs to declare by Oct. 15 if he wants to perform community service. Otherwise he will automatically end up under house arrest.

"How is that possible?", Berlusconi is to have responded. Coppi then had to remind him, "It's possible because you have been definitively sentenced." Only an appeal for clemency to the president could potentially spare Berlusconi, but that would first require him to acknowledge his own guilt. 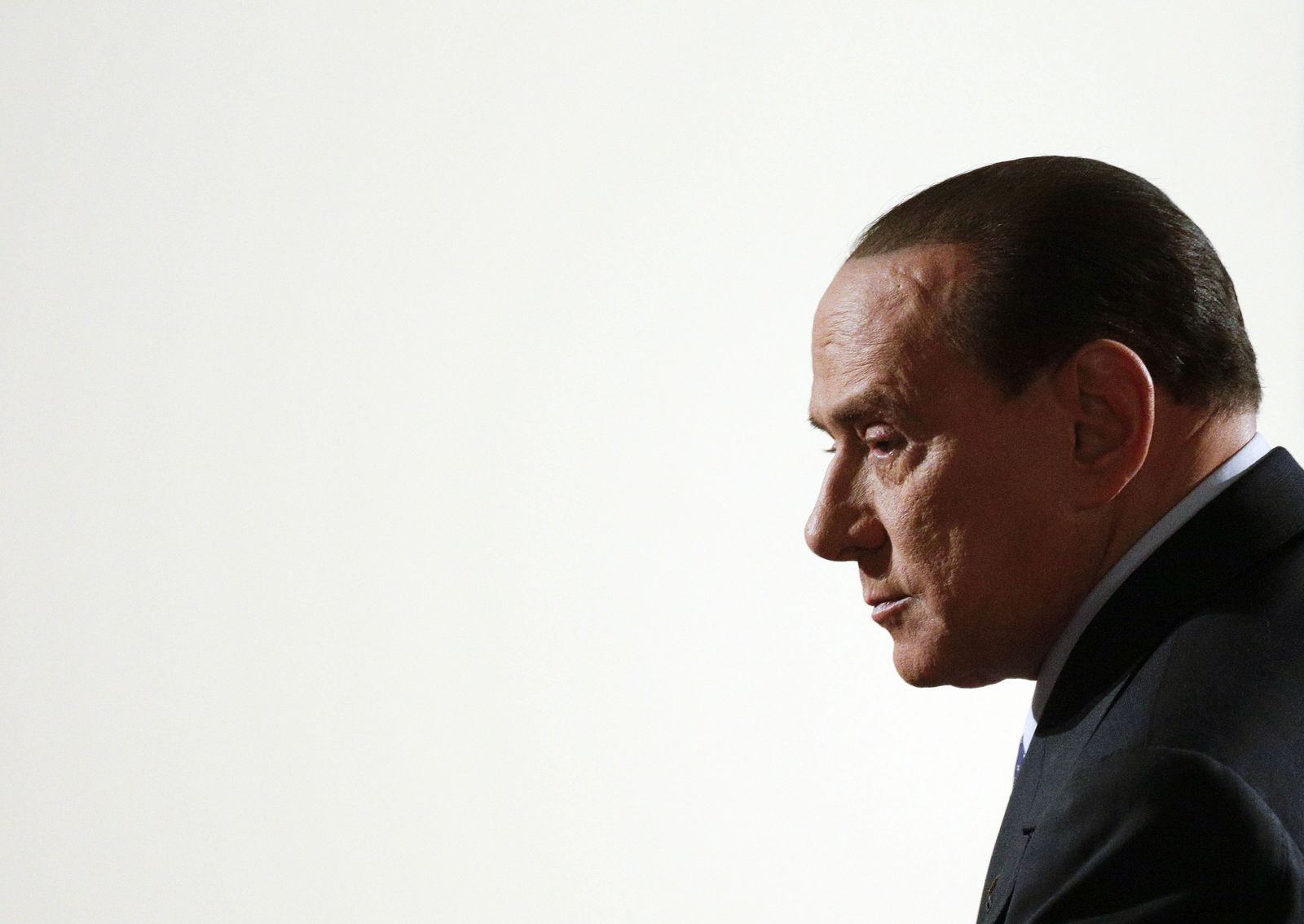 Former Italian Prime Minister Silvio Berlusconi may soon be barred from public office -- but he's not going down without a fight.