Since the 2005 publication by Danish daily Jyllands-Posten's of caricatures of the Prophet Muhammad, hardly a week has gone by in which al-Qaida or another militant group hasn't called for some sort of revenge. There have already been attempts to attack both the newspaper's editorial staff and cartoonist Kurt Westergaard, who just barely managed to escape an assassination attempt in 2009.

Danish and Swedish investigators believe that the group of suspected conspirators arrested on Wednesday intended to attack the newspaper. Three of the men arrested appeared before a magistrate on Thursday, who then ordered that they be held in remand custody for four weeks. The men are denying all allegations, but investigators are certain the men were planning to strike. After the alleged terror cell was discovered, Jakob Scharf, the head of the Danish intelligence service, told reporters that the "plan was to try to gain access to the location of Jyllands-Posten in Copenhagen and to try to carry out a Mumbai-style attack."

As is the case with each successful or foiled terror strike, the question of possible international connections to major terrorist networks is also at the top of investigators' list of concerns because that would shed better light on whether the threat of further attacks persists. So far, however, there have been no concrete findings -- at least none that have been made public.

Inspired by the 'Mickey Mouse Project'?

What is known is that authorities in Sweden and Denmark are currently investigating whether there are any connections to the so-called "Mickey Mouse Project." That terror plot, which was also centered on Jyllands-Posten, was foiled with the arrest of David Headley, a United States citizen of Pakistani origin, at an airport in Chicago in October 2009.

There is a likelihood that the plan foiled on Wednesday was at least inspired by Headley's plot. Indeed, both apparent plots bear strong similarities.

For his part, Headley was operating on behalf of top terrorist Ilyas Kashmiri. The Pakistani is the head of his own terror group, Harakat ul-Jihad Islami. In addition, he has close and very explosive connections to the terror groups Lashkar-e-Taiba (LiT) and al-Qaida. Initially, Headley also served on behalf of LiT and scouted targets for them that would eventually be attacked in the terror strikes in Mumbai in November 2008. Headley had also filmed the site of an attack in the Indian city of Pune before a bomb exploded there -- in front of a German bakery. Kashmiri later claimed responsibility for the attack.

America's FBI claims that Headley became a militant jihadist as an expression of his outrage over the Muhammad caricatures. Writing in an Internet forum, he said he had a tendency towards violence as a response to this insult. In Ilyas Kashmiri, he would later find a terrorist who had his own network and resources and could thus facilitate a strike to avenge the publication of the cartoons.

Working on behalf of Kashmiri and other militants, Headley spent most of 2009 planning an operation in Copenhagen. He traveled twice to Denmark in order to film potential targets. At the time of his arrest, FBI officials discovered a Memory Stick with footage of the Jyllands-Posten's building as well as Danish military barracks located nearby. Headley even managed to make his way into the paper's editorial offices under the pretense of seeking to place an ad.

In e-mails, Headley and his co-conspirators in Pakistan and the United States called their plot "Project Mickey Mouse" or the "northern Project." According to US investigators, after his arrest Headley told them that the idea was to take journalists hostage and to execute them in what would have been a smaller version of the Mumbai scenario. At the time, LiT terrorists perpetrated attacks at 10 different locations including a train station, luxury hotels and cafes. Close to 200 people were killed in the wave of terror strikes.

In light of the current arrests in Denmark, statements made by Headley to Indian investigators, portions of which have been obtained by SPIEGEL ONLINE, appear to be particularly relevant. They show that Kashmiri had at least one point man in Stockholm, Sweden.

'I Was Told to Concentrate on the Denmark Attack'

In the statements, Headley describes a meeting in the tribal areas of Pakistan with Kashmiri in May 2009. "In the meeting with Kashmiri, I was told to concentrate on the Denmark attack," he reportedly stated. "They even discussed a general attack on Copenhagen." Headley said that Kashmiri had given him $1,500 for the plot and asked him to make videos. "After this, until my arrest, I concentrated on the Denmark project," he said.

In Denmark, he scouted the Copenhagen offices of Jyllands-Posten as well as its headquarters in Aarhus. He said there had been a discussion over whether it would be better to take hostages or to conduct a suicide attack which he had volunteered to carry out himself.

Kashmiri also helped out by providing access to his own personal contacts. After LiT, which appears to have been part of the initial planning, dropped out to instead focus on planning further attacks in India, the Pakistani reportedly took over planning of the Copenhagen attack himself. He dispatched Headley to Derby, England, to find two followers. Even though they had unpleasant things to say about Kashmiri, one of them nevertheless supplied money to Headley for the enterprise.

From there, Headley finally traveled to Stockholm, where Kashmiri also had connections. A Moroccan man named "Farid" was apparently supposed to be brought into the plan. But that plan never materialized. "Farid told me that he was being continuously watched and he was not available for (the) Denmark project," Headley said, according to the Indian investigators.

Around 200 Radical Islamists in Stockholm

In Stockholm alone, Swedish intelligence officials have identified a radical Islamist scene with around 200 members. "They are very well connected and virtually everybody knows everyone," Swedish terror researcher Magnus Ranstorp says, describing the scene. So does the path to this week's foiled plot lead back to the Mickey Mouse Project of 2009 via a detour that went through the man named Farid? After all, several of the suspected terrorists come from the Swedish capital, and the plan, by all appearances, seems to have been initiated there.

Such a scenario is plausible, but at the moment it hasn't been proven in any way. In Copenhagen, sources said that "Farid" is a known entity and that, at least for the moment, it does not appear he was involved.

Nevertheless, even if a direct connection cannot be proven, it is still very possible that the Mickey Mouse Project provided inspiration. According to press reports, security authorities found a sub-machine gun and cable ties during Wednesday's arrests. Both would fit in with a hostage-taking scenario as well as executions -- just as Headley appeared to have been planning in 2009. 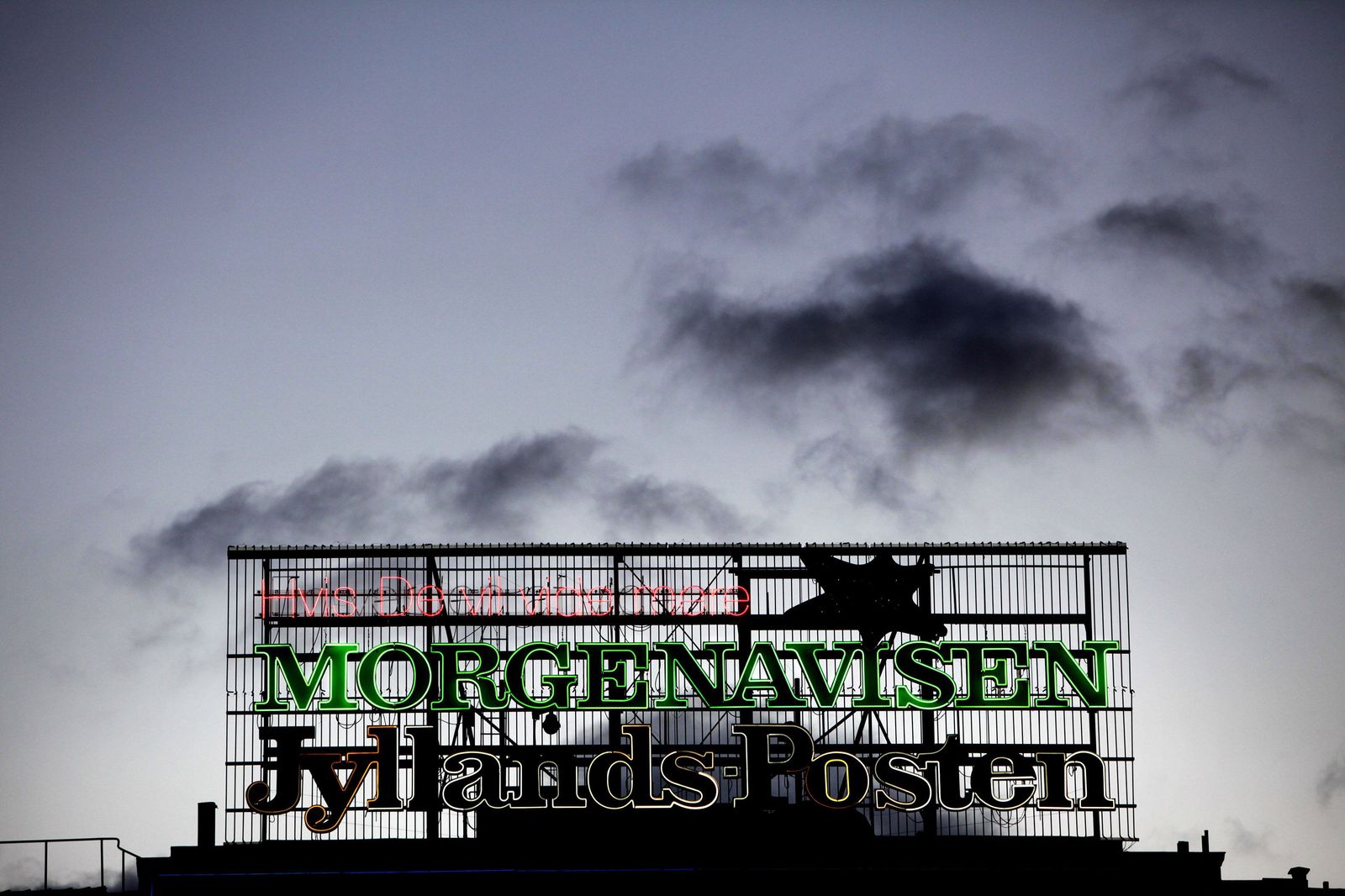 The offices of the Jyllands-Posten in Copenhagen: Did suspected terrorists detained this week plan to attack the newspapers offices in the Danish capital?