The Liedl carpentry workshop in the town of Pfarrkirchen, in southeastern Bavaria, is a family business founded in 1914. Stefan Liedl is the fourth generation of the family to head the company, but he and his father, Franz Liedl, have never experienced a situation quite like this.

Each year, Liedl presents two room arrangements at the International Handwerk Messe, a trade fair for construction, renovation and refurbishment products in Munich that the company attends in order to attract potential customers. But this year, the fair got cancelled at short notice because of the coronavirus. "We’re shocked,” says Franz Liedl. The company fortunately still has a buffer of contracts to keep things going for few months. But what happens after that? The carpenter doesn’t know. "We’re a bit concerned,” he says.

Although the number of people with the virus in Germany is comparatively small, it has already managed to infect the economy, even in tranquil Pfarrkirchen.

It’s affecting not only companies that export products to or import key parts from China, but also service providers, distributors and craftspeople. The more rigidly Germany attempts to prevent the virus’ spread, the more severe the collateral damage to the local economy will be. Hotels and restaurants are losing revenues and travel companies and airlines are suffering as the result of trade fair and business trip cancellations.

And this is only the start. As soon as the warehouses are empty, the companies that depend on products from China will need to limit or even stop production. If the virus spreads even further, entire workforces might end up having to stay home, and consumers will consume less, because they will feel safest in their homes or apartments.

If the situation deteriorates severely, many companies will run out of cash and will have to file for bankruptcy. Unemployment will also rise. Meanwhile, banks could run into serious problems.

At the moment, no one wants to speculate on whether that extreme situation will unfold. It all depends on how long it takes for the virus to be brought under control. As a result, no economist can predict how deep the crash will be and whether the economy will quickly rebound, with a v-shaped recovery, or whether it will be a slower, u-shaped one or a far-slower l-shaped one.

On Tuesday, the U.S. Federal Reserve showed how dangerous it considers current developments to be by lowering the interest rate by half a percentage point, even though the U.S. economy is still booming. It was the largest interest decrease since 2008 and the first one since the financial crisis to be made between regularly scheduled meetings. The move was primarily meant to calm the stock market - which seems to have worked, at least for now.

But what options do governments and central bankers actually have for mitigating the economic side-effects of the coronavirus?

Calls for government intervention are growing louder in the business world. Michael Frenzel, president of the Federal Association of the German Tourism Industry, argued this week that his sector -- which employs over 3 million people and includes several hundreds of thousands of primarily small- to midsized companies -- must "necessarily” be "part of a federal government stimulus package.”

German national airline Lufthansa has drastically cut its flight schedule and has grounded 150 planes, or 20 percent of its fleet. But if Lufthansa is no longer regularly using its slots at highly trafficked airports, it could wind up losing its takeoff and landing rights.

"Corona is affecting the entire airline industry,” says Lufthansa CEO Carsten Spohr. "These are exceptional circumstances to which we are having to adjust our flight plans. That's why we need a targeted suspension of the current slot regulation, so that airlines are not being forced to fly with empty aircraft merely to maintain their takeoff and landing rights,” says Spohr. "That makes no sense environmentally or economically.”

On Friday, the company made the even more dramatic announcement that it would reduce as many as 50 percent of its flights in the coming weeks to offset the lack of demand.

In Berlin, government leaders are now discussing ways to fight the crisis. On the one hand, the government doesn’t want to be seen as sitting on its hands. But it also doesn’t want to do anything that will further fuel fears. "The psychology is a much bigger problem than the virus itself,” says an official at the Economics Ministry.

Economics Minister Peter Altmaier has worked out a three-step plan to be implemented if the situation worsens. In the first step, companies who run into financial problems are to be supported by credit guarantees or loans from the state-owned KfW development bank.

These funds can be increased, if necessary, in step two. Financial authorities could also delay tax payments from businesses in order to preempt any liquidity problems for companies. Only step three would involve taking measures to boost demand.

There is enough money available for a classic economic stimulus package. Germany has 50 billion euros of reserves that were earmarked to help overcome the refugee crisis but haven't been spent. Because German and EU debt rules allow for higher borrowing during times of crisis, they wouldn't be an obstacle to additional spending.

The question, however, is how that money can best be spent. After the 2008 financial crisis, municipalities and other entities were provided with extra money to build streets and schools. But the construction industry is operating at such a high capacity at the moment that additional money would mostly just drive up the prices.

The government could also try to stimulate consumption, for example, by temporarily lowering the value-added tax (VAT). But if people are avoiding stores and restaurants out of fear of the virus, that would also only have a limited effect.

The coronavirus is affecting the supply and demand sides of the economy in equal measure, making it difficult for politicians and central banks to provide an adequate response. Some companies are losing revenues, while others are unable to manufacture their wares because their staff needs to stay at home. Ifo Institute for Economic Research President Clemens Fuest believes that this limits politicians’ options for countering the crisis. "This can't be controlled,” he says. "All you can do is react.”

For example, by implementing the kind of "short-time work” measures adopted during the 2008 recession, which saw workers’ hours cut by their companies but the government temporarily covering the difference in their salaries. If an "unavoidable event” leads to interruptions in manufacturing and work, the Federal Labor Office can take over the payment of 67 percent of wages for a maximum of 12 months. The idea is to prevent layoffs until the economy can recover.

Federal Employment Minister Hubertus Heil is also currently working on an amendment to the law that could be implemented quickly and used during the epidemic that would allow the short-time work subsidy to be paid out for a total of 24 months. In the event of short-time work, up to 100 percent of an employer’s contributions to a worker’s social benefits could be refunded, easing businesses’ concerns about sliding into bankruptcy as a result of the virus.

Uwe Burkert, the chief economist at the Landesbank Baden-Wurttemberg (LBBW), a state-owned bank, remembers the financial and economic crisis of 2008/2009 well. His bank had to obtain a government bailout at the time, and many other companies only survived the crisis thanks to various forms of aid from Germany’s federal and state governments.

Burkert and his team are certain that the virus will have a severe impact on the German economy. "We’ve written off the first half of the year,” he says, explaining that the bank is expecting the economy to shrink for two successive quarters.

Burkert says he’s concerned that the regulations imposed by countries in the wake of the financial crisis could actually exacerbate the current situation. As part of efforts to shore up banks, they were required to increase their risk provisions for loan defaults and to maintain greater capital reserves for the event that their credit ratings are downgraded.

But those rules have also narrowed banks’ profit margins, leading them to turn away from lending, which only worsens other companies’ problems. Standard & Poor’s, the rating agency, is already warning that the coronavirus epidemic could lead to a wave of downgrades for highly indebted companies.

Burkert is calling for the implementation of the state liquidity-aid and guarantees that proved highly successful during the financial crisis. He believes this could help the contagious shock set off by the coronavirus from growing into a financial crisis. He says it’s possible that many banks wouldn’t be strong enough to withstand the wave of loan defaults.

Burkert believes a further decrease in interest rates by the European Central Bank (ECB) would make little difference. He argues that would do more harm than good to banks, which are already suffering from the negative interest rates, and thus also hurt companies.

Unlike the Federal Reserve, the ECB has little room for maneuver. But the further the crisis deepens, the greater the pressure will become on Christine Lagarde, the new ECB president, to act.

Generally speaking, the entities that benefit the most from changes in monetary policy are stock exchanges. Usually, however, market prices initially go down after a large adjustment before they start to rise again for the longer term.

That could happen again this time, once the extent to which the coronavirus is affecting the economy it becomes clear.

"The uncertainty remains unchanged,” says Cologne wealth manager Bert Flossbach. But, he says, "The market tends to exaggerate in phases like this. And that can be exploited.” Flossbach manages 26 billion euros in his two large mixed-asset funds. He has hedged part of that investment, but he has also started investing again in "robust businesses.”

Investors have punished companies with what Flossbach calls a "weak immune system” particularly hard because they are deemed especially vulnerable to shocks, including airlines and tourism companies.

In good times, the tourism conglomerate TUI has profited from its highly lucrative cruise business, but now cruise ships are viewed as breeding grounds for the coronavirus. In the space of a week, TUI’s stock tumbled from 10 euros to just over 7 euros.

TUI Executive Chairman Fritz Joussen tried to demonstrate his confidence in the company’s future by buying about 100,000 shares of TUI stock at 7.78 euros. But investors apparently didn’t share his faith. By the end of the trading day on Thursday, TUI’s stock was at 6.33 euros. 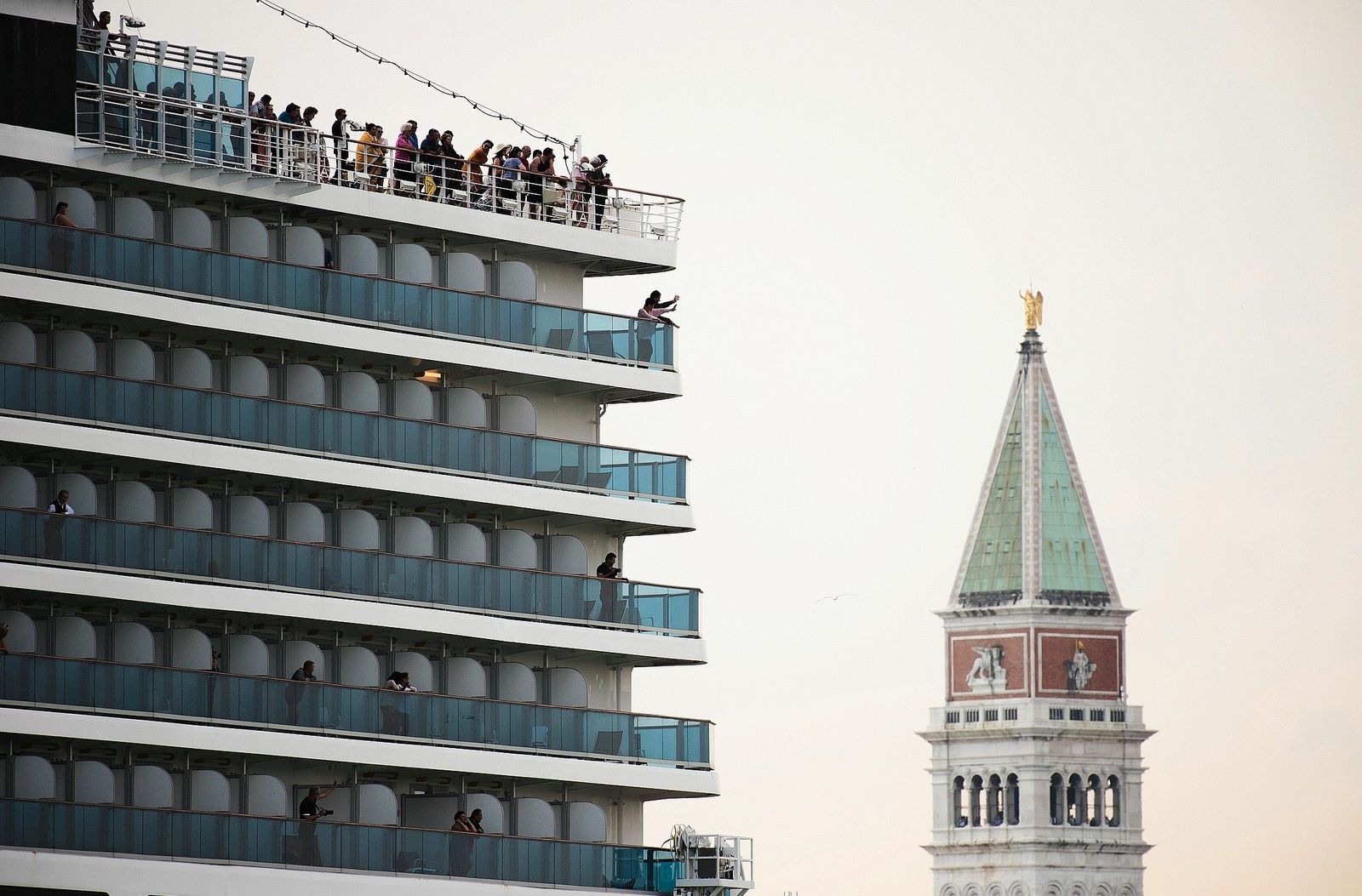 A cruise ship in Venice: "The psychology is a much bigger problem than the virus itself." 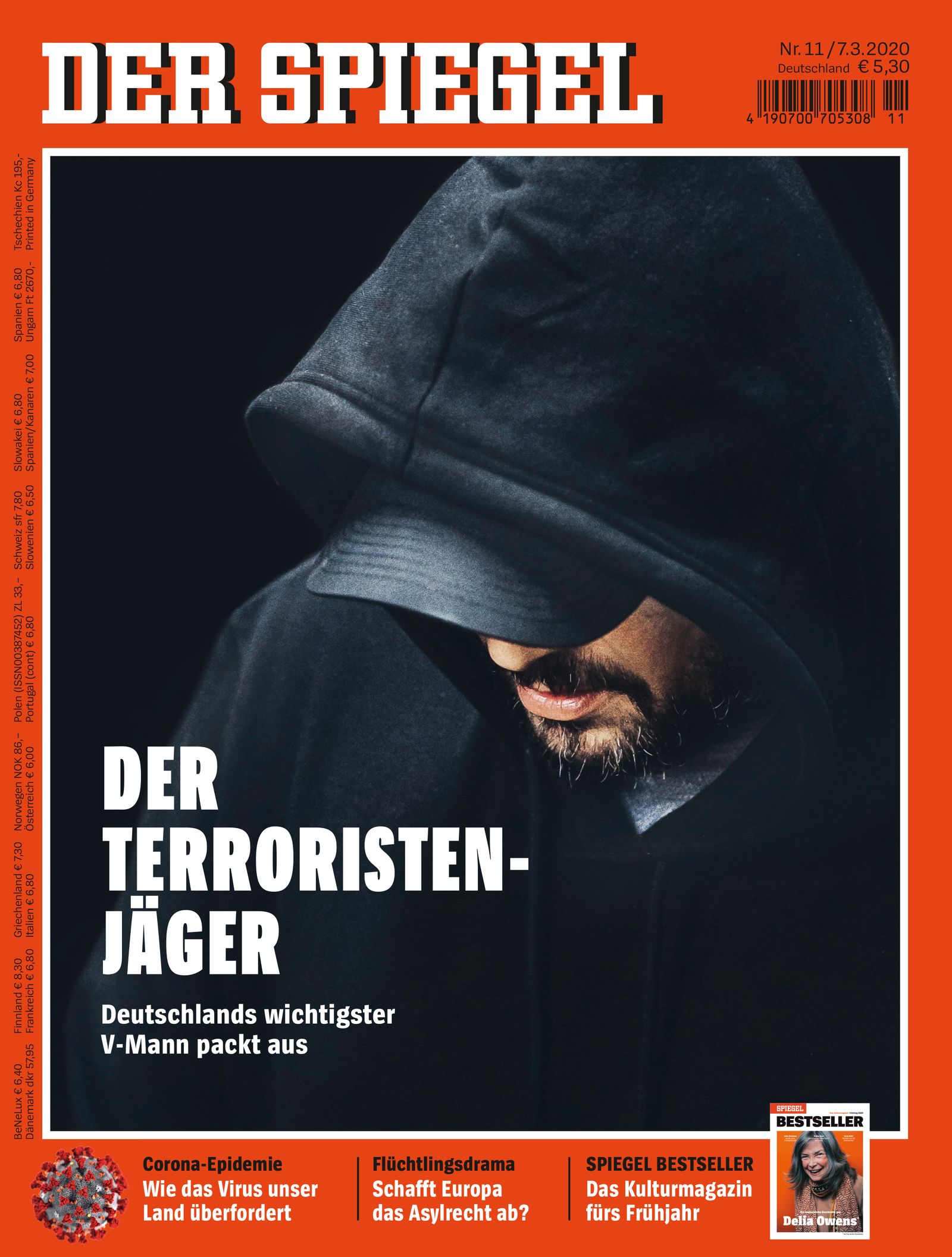