Before Mikhail Pakhomov ended up in a metal barrel, his bones broken and his body encased in cement, he enjoyed himself one last time. It was the evening of February 12, and Pakhomov went to Marengo, his favorite restaurant in Lipetsk, an industrial city 370 kilometers (230 miles) from Moscow. On either side of the restaurant, which serves a beef salad called the "Camorra," are the Raspberry movie theater and the Igniter strip club.

For once Pakhomov, 35, was without female company, says a waitress. When he left the restaurant, three men dragged him into a car. When Pakhomov tried to escape, the men shot at him. Then they continued driving toward Moscow and delivered the injured man to their presumed customer. Pakhomov was then locked in an ice-cold basement and tortured.

Once he had died, his tormenter stuffed his body into a barrel filled with cement, wrapped it in plastic and hid it in a damp garage, where the police found it soon afterwards. It took them seven hours to cut through the cement and expose the body of Pakhomov, a local politician, businessman and rising star in Russian President Vladimir Putin's party.

It was more than just a corpse that had come to light. The discovery shone a spotlight on an entire system, a network of politicians, businessmen and criminals, held together by corruption and money into the billions. The Pakhomov case exposes a Russia in which a mobster becomes a businessman and then a politician, and is even awarded the "Pride of Russia" medal.

After his death, the government newspaper Rossiyskaya Gazeta gave Pakhomov an exceedingly large and favorable obituary, without mentioning his criminal past. He was indeed a model politician, just not the way in which he is described in the hymns of praise written after his death.

'Criminals Have Come Into Power'

In the 1990s Pakhomov was involved in the robbery of a grocery store. He only managed to stay out of prison because his father, a well-known theater director, paid for a favorable psychiatric evaluation.

"Pakhomov was part of the mafia, the Lipetsk Brotherhood. His death is the logical consequence of his career. He cheated too many people," says Sergei Valetov, a former police colonel who, as head of the organized crime division of the regional police department, was investigating Pakhomov. "Criminals have come into power, and Pakhomov isn't the only politician who made his money in illicit ways."

The head of the city parliament of Lipetsk, in which Putin's party, United Russia, holds 31 of 33 seats, is a shady businessman who made his fortune with vodka and low-cost government loans. Companies tied to him are reportedly involved in a corruption scandal with €800 million at stake. One of the suspects is a former agriculture minister.

After the murder of their people's deputy, Lipetsk residents have been venting their hate on local Internet sites. "A dog deserves a dog's death," one post reads. Another citizen writes: "I hope Pakhomov isn't the last one."

Comments like these reflect envy, but they also belie disgust over the ostentatious lifestyles of the nouveau riche. Pakhomov, a member of that despised class, drove around in a Rolls-Royce while his wife drove a flashy Mercedes decorated with crystal glass.

SPIEGEL has gained access to a dossier prepared by the Russian domestic intelligence agency FSB in the fall of 2010, which describes how Pakhomov acquired his wealth. According to the report, Pakhomov bribed judges and obtained government construction contracts by underhanded means. In one case, for example, he made a deal with the director of the Lipetsk special economic zone, Sergei Krassovsky, who awarded Pakhomov's companies a government contract worth millions to install district-heating pipes. By all appearances, Krassovsky received generous kickbacks in return.

Pakhomov increased his profits by cheating the companies he had hired to complete the construction work. He transferred some of the money from the government contract to foreign bank accounts.

He also paid for management courses attended by his friend Krassovsky in London. When Krassovsky moved to Moscow in the summer of 2009 and was promoted to director of the government-owned company Mosoblkommunalstroi, he made sure his partner Pakhomov received more contracts, including a €30-million deal to build playgrounds in the Moscow region.

Nepotism is rampant in the affluent outskirts of the Russian capital. The area is home to the son of Russia's top criminal prosecutor, who is allegedly involved in illegal casino deals. Another resident is a vice-governor who openly transferred municipal properties worth billions to this wife, and also reportedly siphoned off €70 million from his budget. When this was revealed in 2008, he fled to the United States. And even though a warrant had been issued for his arrest, he was later spotted skiing with the head of the Kremlin security service.

Pakhomov and Krassovsky hoped to make a killing in this environment, in which political offices translate primarily into perks. It didn't hurt that Krassovsky is married to the daughter of Yevgeny Kharitonov, a vice-minister of the Moscow region.

Apparently Pakhomov also recognized that those who hope to become genuinely rich in Russia must also play a role on the big political stage. He organized an American-style election campaign in Lipetsk for Putin and United Russia, hiring female cheerleaders with short skirts and drums, ran expensive TV ads and handed out free T-shirts. In 2010, Pakhomov became a member of the city parliament in Lipetsk and narrowly lost a seat in the national parliament in Moscow.

Pakhomov portrayed himself as a patriot. He championed the rights of workers exposed to radiation at Chernobyl, headed an aid convoy to South Ossetia in August 2008 and donated money to restore old monasteries. During campaign appearances, he told the crowd: "Everyone can help write the history of his country."

Now he too is part of that history, but not in the way he meant at the time. Ironically, the children's playgrounds are to blame. To enhance his profits, Pakhomov bought cheap playground equipment from China, which was so poorly made that it led to many accidents, and several children died. The fraud was exposed and his corrupt agents, Krassovsky and Kharitonov, lost their jobs.

The two men, determined to take revenge, demanded that Pakhomov pay them €61 million. But he refused to yield, and they decided to have him kidnapped. It was Kharitonov who placed his former friend in the cement-filled barrel. Because the kidnappers were caught at a police checkpoint soon afterwards, the men behind the murder were quickly identified, and Krassovsky and Kharitonov were arrested a few days later.

The spectacular murder happened at a time when President Putin is trying to improve his sinking popularity with an anti-corruption campaign. New revelations appear every week, providing fodder for the pro-Kremlin press. Politicians are sharply criticized for buying expensive villas abroad or luxury apartments in downtown Moscow, purchases that are hardly in keeping with their salaries.

To this cause Putin recently went so far as to sacrifice his own all too efficient defense minister, a supporter who, as head of the country's tax agency, had helped him put oil baron Mikhail Khodorkovsky into a prison camp.

It's a risky strategy, because each new scandal further undermines the public's confidence in the government and Putin's power circle. And a murder plot among corrupt members of his party certainly doesn't shine a positive light on the president.

Pakhomov, at any rate, is in good company in the Lipetsk cemetery. His grave lies next to those of politicians, business leaders and underworld bosses, the unholy trinity in Putin's Russia. They're easy to recognize. The gravestones of the crime bosses, in particular, are the biggest and the most expensive. 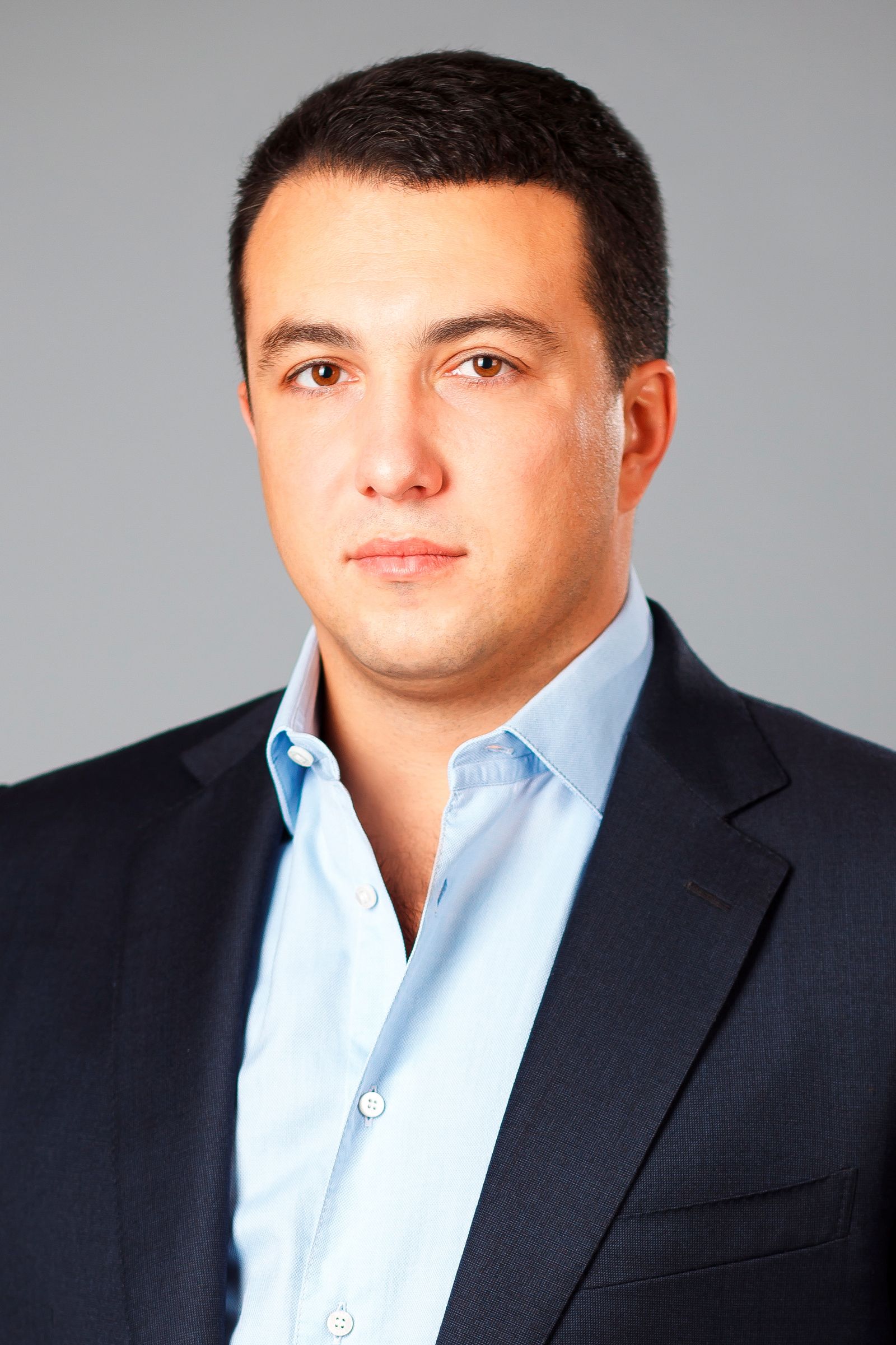 Mikhail Pakhomov was found dead in a cement-filled barrel in the Noginsky district of the Moscow region on February 17.