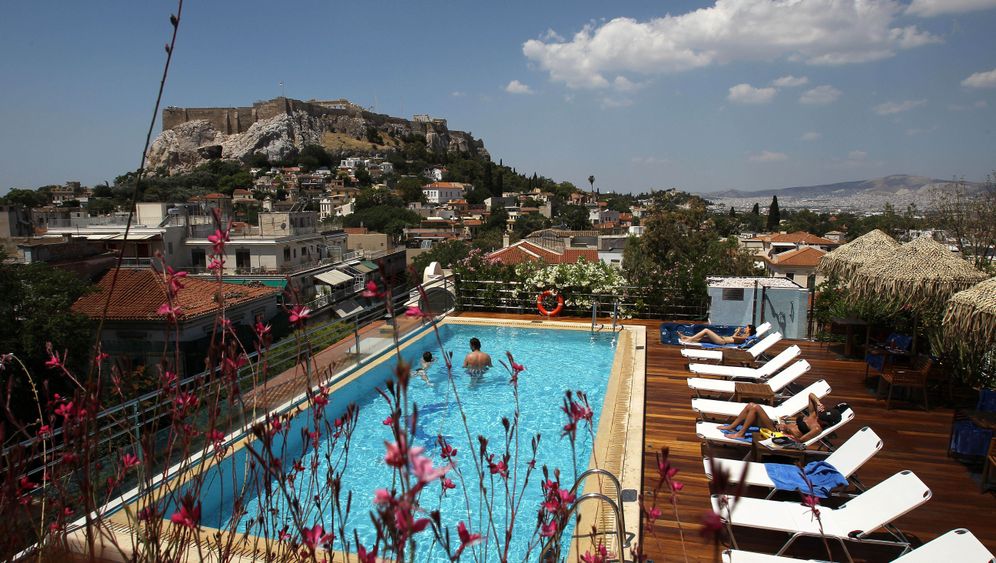 How can someone who has declared an annual income of €25,000 ($32,400) transfer €52 million abroad? What kind of supplementary income must an individual have who, according to his tax returns, earned €5,588 in 2010, yet still managed to move €19.8 million abroad? And how can it be that a Greek citizen sequesters €9.7 million abroad although he supposedly earned exactly zero euros?

These are the questions that tax fraud investigators will have to ask of a number of individuals whose identity has so far only been made public in the form of initials. For instance, a "G. D." stands at the top of a list with the names of 54,000 Greek citizens who relocated major assets abroad between 2009 and 2011. The list stems from the Greek central bank and is now in the hands of the Finance Ministry.

It is the longest of four lists that are currently circulating in Athens. Each contains the names of people whose financial circumstances -- bank balances and real estate holdings -- do not correspond at all with what they claimed on their tax returns. But hardly anything is being done about it. The Greek reality is sometimes paradoxical: While the governing coalition was busy squabbling with international creditors over how many hundreds of euros can still be trimmed from teachers' and nurses' paychecks, and Athens continued slashing employee pensions, wealthy Greeks moved billions abroad with relative impunity.

The odyssey of the "Lagarde list," as it's known, exemplifies the typically lax attitude toward tax criminals. For many months, it was thought to be lost, but then it resurfaced in early October. Now, the public prosecutor for financial crimes has a copy. It lists 1,991 Greek owners of Swiss bank accounts, and reportedly includes many prominent individuals from the realms of politics, business and culture.

The story of this list primarily illustrates the unwillingness of politicians to do anything to improve the situation. In the autumn of 2010, Christine Lagarde, who was still the French finance minister at the time, gave her Greek counterpart Giorgos Papakonstantinou a digitalized list of bank accounts with information on Greek customers at the HSBC Bank in Switzerland. The accounts contained a total of some €1.5 billion. While the French state was using this list to help collect half a billion euros from its own tax offenders, the Greeks showed little interest in attempting a similar initiative.

It wasn't until many months later, in June 2011, that Papakonstantinou finally relinquished only 10 names from the list to the head of Greece's Financial and Economic Crime Unit (SDOE). The former minister said a few days ago that he didn't pass on all of the information because he had "no confidence in the agency."

He was succeeded by Evangelos Venizelos, who is the leader of the Panhellenic Socialist Movement, better known as PASOK, and thus part of the governing coalition. Venizelos served as finance minister for nine months. He negotiated the debt haircut and the second bailout package -- and vowed time and again to tackle the big problem of tax evasion.

Meanwhile, tucked away in a drawer of his secretary's desk, there was a USB stick with information that had already been gathered on Greek tax offenders -- the Lagarde list. The authorities merely needed to launch investigations. But Venizelos didn't instruct the SDOE to conduct inquiries, nor did he inform anyone of the existence of this information. Everyone else in the government thought that the list had disappeared. It was only when the current Finance Minister Yannis Stournaras heard about the lost information, and wanted to ask Paris for a copy, that Venizelos supposedly remembered the USB stick in the drawer. He sent it by express courier to Greek Prime Minister Antonis Samaras. Venizelos maintains that he didn't know "that no one aside from me had a copy."

Both Venizelos and Papakonstantinou have had to justify their actions before an investigative parliamentary committee -- and both men have attempted to shift the blame on each other.

There is yet another, shorter list, which despite its diminutive size is even more politically charged. Greek tax authorities are currently investigating the assets of some 60 politicians, and the probe apparently extends beyond suspicions of tax evasion alone. The speaker of the Greek Parliament, Evangelos Meimarakis -- a member of the governing conservative Nea Dimokratia, or New Democracy party -- recently stepped down due to corruption allegations, and he is not the only one implicated. A number of high-ranking former ministers are also suspected of involvement in sham transactions and money-laundering schemes.

Corruption allegations still don't necessarily interfere with a political career in Greece, as exemplified by the case of the former prefect of Thessaloniki, Panagiotis Psomiadis. He allegedly personally received nearly €1 million for public works projects that were never built. Psomiadis is also suspected of being connected with a mafia ring of loan sharks. None of this has apparently damaged him. In May, Prime Minister Samaras made him his election campaign organizer for northern Greece.

"We are very bad now as a society. We have become bad. We are greedy and asocial," says Costas Bakouris, 75, chairman of Transparency International Greece. Bakouris sounds very different than many European politicians who suddenly find that things are taking a turn for the better in Greece. Now that it's clear that the creditors will continue to pay, he says people are turning a blind eye to the inevitable.

In reality, says Bakouris, an incompetent political class continues to govern the country -- the same people, the same story. For decades, they have created a sick system that permeates all segments of society.

Indeed, it's not just former ministers and parliamentarians who have squirreled away millions of euros of dubious origin in their bank accounts. Investigators even discovered €2.8 million -- none of which had been declared -- in an account belonging to the deputy mayor of a town of only 14,000 inhabitants in the Thessaly region. The man receives a monthly salary of approximately €1,500.

Greece's largest social security organization, IKA, has been used by many in the country as their personal piggy bank. The fact that IKA coffers are actually empty hasn't stopped department heads or low-level employees from continuing to transfer money to friends and relatives who are not entitled to receive any payments whatsoever. But even everyday citizens take advantage of the system: Of the supposedly 700 blind people on the island of Zakynthos, for instance, in reality there are only 60 who truly cannot see.

According to Transparency International's Costa Bakouris, Greece has all the right conditions for corruption: plenty of bureaucracy, no functioning justice system, laws with numerous loopholes -- and economic pressure. Bakouris was himself an entrepreneur and lived for 20 years in Switzerland. He says Greeks like him, who have lived abroad for many years, have the clearest perception of the problems in their homeland. Bakouris also briefly worked for the state as the managing director of preparations for the 2004 Olympic Games in Athens. After two years, he "more or less fired" himself. He says that he refused to accept that all bids -- whether they were for major infrastructure projects or for the carpeting in the Olympic village -- should be roughly three times as high as they were in Sydney, which hosted the games in 2000.

Bakouris doesn't believe that all the information on the lists will actually be investigated. Only one top politician has been sitting in jail awaiting trial for the past six months: former Defense Minister Akis Tsochatzopoulos. He allegedly accepted many millions of euros in kickbacks for defense projects. Tsochatzopoulos, who denies all of the allegations, was a political protégé of socialist Andreas Papandreou, the founder of PASOK and the father of former Prime Minister Georgios Papandreou.

The legacy of corruption goes back generations. In the days when Papandreou the elder governed the country, after the story broke that the head of the state electricity provider had lined his own pockets with some 1.5 million drachmas, the prime minister reacted with the following quip: "We all agree, of course, that we are allowed to give ourselves a little present from time to time. But please don't make it too large." 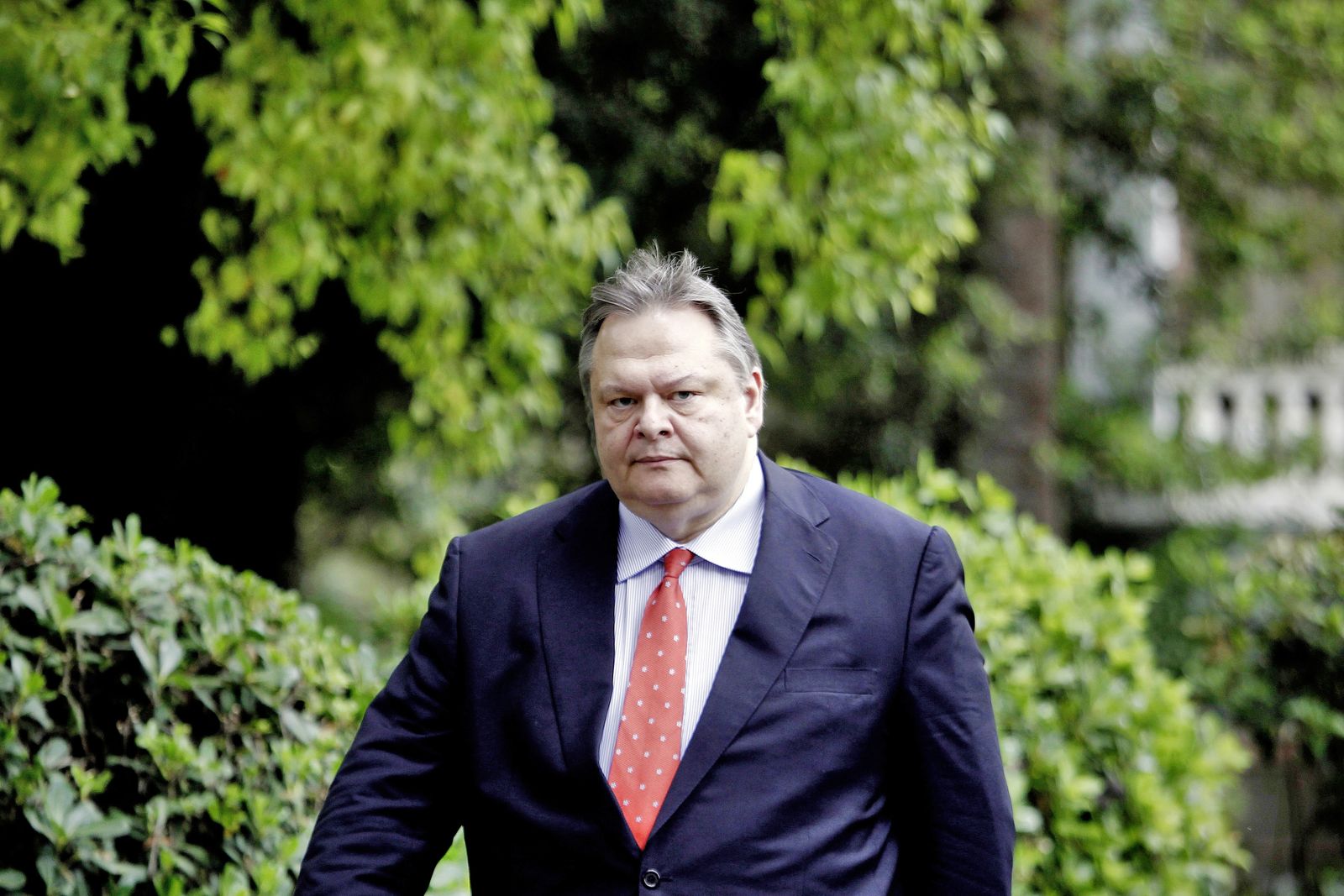 Meanwhile, former Finance Minister Evangelos Venizelos, who vowed to tackle corruption, failed to spearhead investigations into names on a list of alleged tax dodgers provided by France that was thought to have been lost until recently. It was only when the current Finance Minister Yannis Stournaras heard about the lost information, and wanted to ask Paris for a copy, that Venizelos supposedly remembered the USB stick in the drawer. 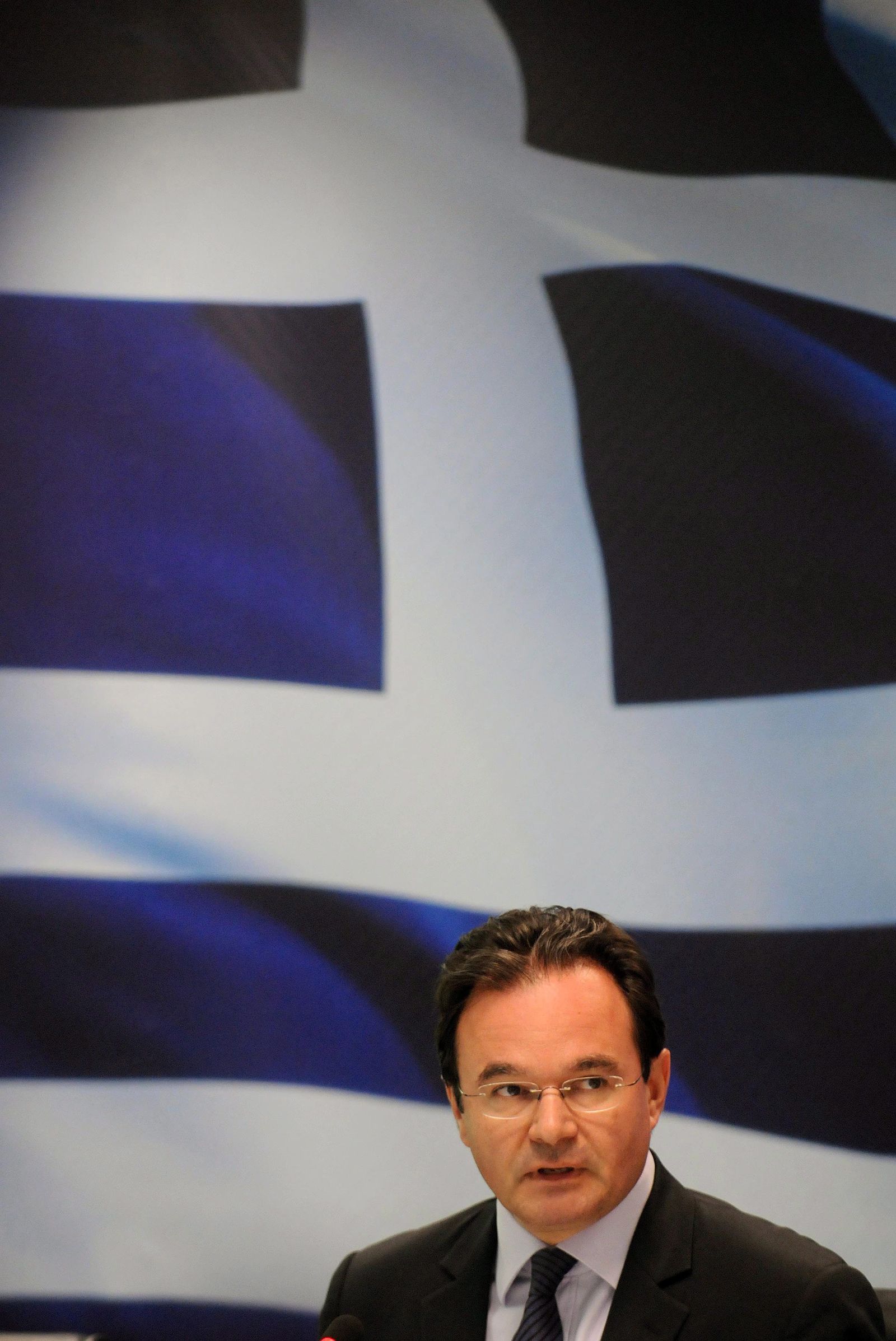 In the autumn of 2010, Christine Lagarde, who was still the French finance minister at the time, gave her Greek counterpart Giorgos Papakonstantinou (shown here) a digitalized list of bank accounts with information on Greek customers at the HSBC Bank in Switzerland. While the French state was using this list to help collect half a billion euros from its own tax offenders, the Greeks showed little interest in attempting a similar initiative. It wasn't until many months later, in June 2011, that Papakonstantinou finally relinquished only 10 names from the list to the head of Greece's Financial and Economic Crime Unit (SDOE). The former minister said a few days ago that he didn't pass on all of the information because he had "no confidence in the agency."