Two teams from the Organization for Security and Cooperation in Europe (OSCE) have now been held hostage in eastern Ukraine for almost an entire month. But who exactly is holding the nine observers -- and why -- has largely remained a mystery. Now, Western diplomats involved in negotiations to free the teams believe influential circles in Russia could be behind the kidnappings.

Direct contact with the kidnappers suggests that the men and women are being held by rebel commander and businessman Nikolai Kozitsyn in two different locations in eastern Ukraine, Perevalsk and Sievierodonetsk. A man of substantial influence in the Luhansk Oblast, where the two towns are located, Kozitsyn is part of the ethnic-cultural leadership of the Cossacks in Ukraine.

Sources have told SPIEGEL that the name Viktor Vodolatsky has frequently been mentioned in the negotiations to free the hostages. Vodolatsky is senior to Kozitsyn in the Cossack leadership and is also a lawmaker in Russian parliament, the Duma. His position in the Cossack hierarchy could give him sufficient influence to effect the release of the hostages.

Absent any kind of demands from the kidnappers, their motives remain unclear. Many presume that they were taken as a human shield or as part of Cossack attempt to spread fear among the remaining OSCE observers in order to influence them. The OSCE hostages include a German national who works for the Center for International Peace Operations in Berlin. 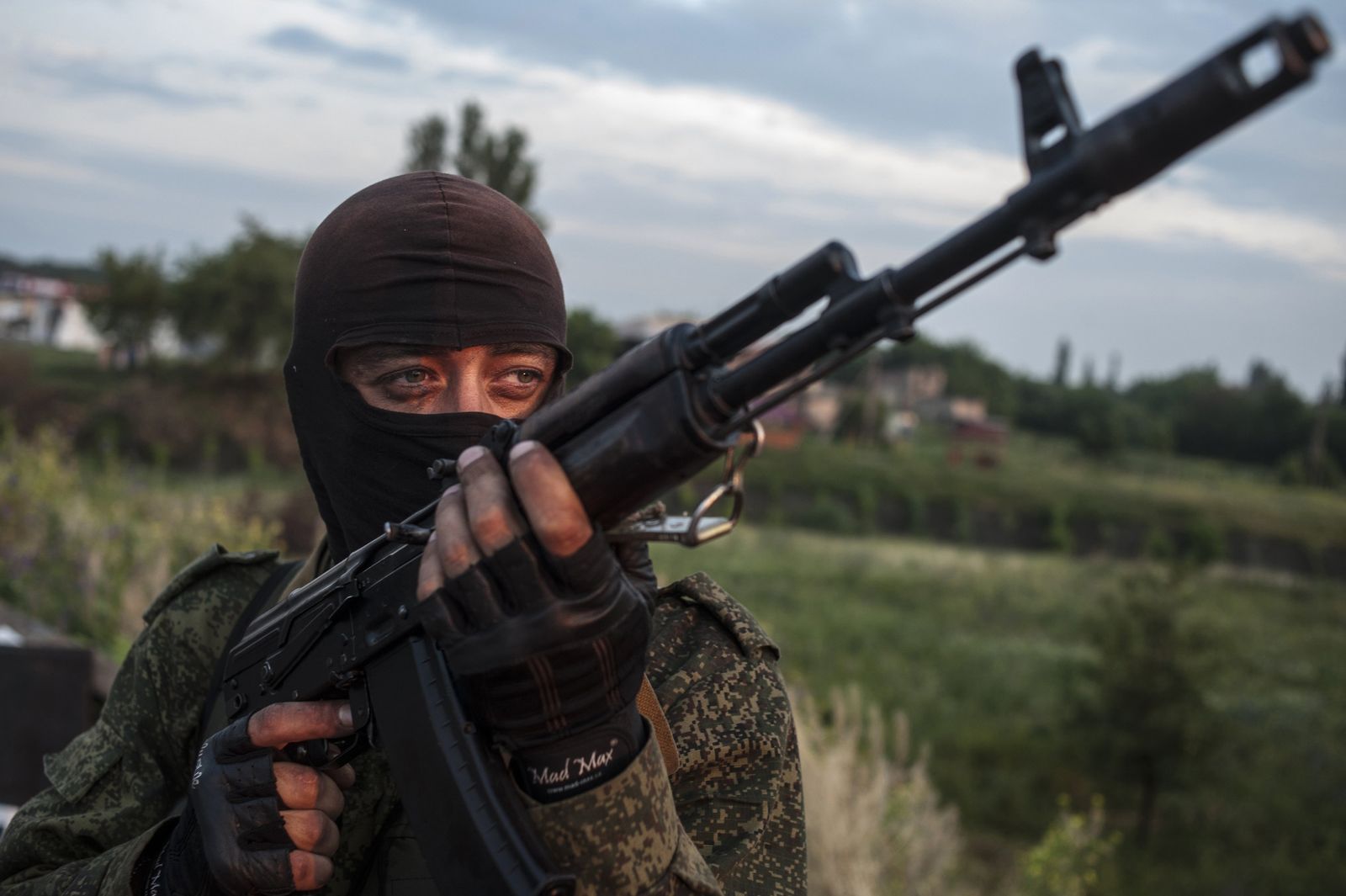 A pro-Russian fighter in Ukraine. Two teams of OSCE observers have been held hostage in eastern Ukraine for weeks.