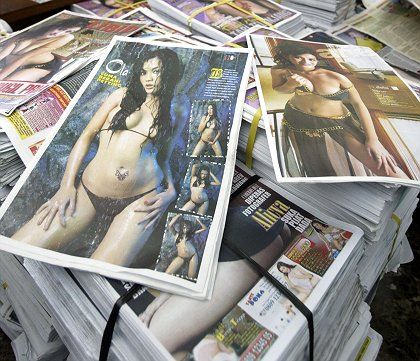 Swedish sex offenders will now be allowed to get their hands on pornographic magazines in their prison cells.

Some might wonder if giving pornographic magazines to a convicted rapist is really the best way to help him along the path to rehabilitation. But it appears that in liberal Sweden even sex offenders should be free to read what they please in the privacy of their own cells.

The court, whose ruling cannot be appealed, was not convinced however. It ruled that the prison service had failed to make its case on the security risk posed by magazines.

According to the Swedish English-language news Web site The Local, the man is serving an eight year sentence for rape in Härnösand jail in northern Sweden.

In March 2006, the local district court ruled that the principle of freedom of information was more important than the potential threat posed by the prisoners being allowed access to pornography. The Swedish Prison and Probations Service sought to overturn that verdict, but the Supreme Administrative Court upheld it.