The document, "Causa Especial (Special Legal Matter) 20907/2017," bears the official seal of Spain and the label "European Arrest Warrant/International Arrest Warrant." DER SPIEGEL has obtained a copy of the document, issued against Puigdemont i Casamajó, Carles. Known address: Helsinki (Finland) or Waterloo (Belgium). But whereas Waterloo is best known for Napoleon's defeat, it's actually a victory that the former Catalan president has now secured in the German city of Schleswig.

On Thursday, the Higher Regional Court located there ordered Puigdemont's provisional release from prison on bail. Spain's arrest warrant is still under review, but only for the charge alleging that he misused public funds -- and no longer for the more serious charge of rebellion, which can carry a maximum prison sentence of up to 30 years. The court ruled that the charge levelled by the Spanish government against the separatist leader "would not be criminally punishable in the Federal Republic of Germany under law applicable in Germany."

Under the rules for European arrest warrants, Puigdemont can only be extradited for actions that would be punishable under German law. That review is not necessary for certain serious crimes, including corruption. And in their arrest warrant, the Spanish had indeed checked the box for corruption, but there was no reference in the warrant text indicating that any corruption had occurred.

The allegation of rebellion, by contrast, is discussed at length in the warrant, but the substantiation is ultimately just as inadequate. The threshold for rebellion -- or the corresponding criminal offense of "high treason" -- is only reached in cases where evidence suggests that the suspect intended to use force to gain independence for a part of the national territory. Without force, there is no rebellion. And because there was no clear evidence of such an intention to use violence in the warrant, it made sense for the court to drop that charge.

A Dearth of Evidence

The first sentence in the reasoning provided for the warrant states, "The person accused in this legal case purposely intended to obtain the independence of the autonomous community of Catalonia from the rest of Spain." It doesn't get much more concrete than that in any of the following 14 pages out of a total of 19. Puigdemont doesn't even make an appearance in the first section describing political events in Catalonia. And when the warrant finally does get to the "actions of the government of the autonomous community of Catalonia," one learns that Puigdemont signed a decree to hold the independence referendum "in violation of the orders of the Constitutional Court." The next allegation is that, three days before the referendum, he took part in a meeting in which "an escalation of the violence with significant confrontation was foreseen." It then tersely states: "Despite this, the government officials decided to hold the vote." The arrest warrant never goes any further in describing the allegation that Puigdemont sought to use violence to achieve Catalonian independence.

The warrant does mention that on Oct. 1, the day of the referendum, Catalonian protesters attempted to fight to free the routes to voting stations that police had sought to block and that many police were injured as a result. But Puigdemont isn't even mentioned in this context. He is neither accused of having directed the protesters nor is there any allegation that he did anything to motivate anybody to use violence.

On this point, the conclusion drawn by the Higher Regional Court in Schleswig is not entirely comprehensible. Puigdemont, the court wrote, "as initiator and advocate of the referendum's implementation, must be held responsible for the acts of violence committed on the day of the referendum." Going by that logic, government leaders who arrange to host G-20 meetings could be held responsible for the violence that inevitably results.

More decisive in the ruling, however, is the Schleswig court's assessment that the acts of violence, in their "nature, scope and effect" would not have put enough pressure on a government to force it to "to surrender to the demands of the perpetrators of violence." With that, the court excluded the possibility of the application of high treason, the provision in the German penal code that comes closest to Spain's rebellion charge.

Now the focus is on whether, as a result of holding the referendum, Puigdemont misused public funds. According to Puigdemont's lawyers, the former Catalonian leader denies that public funds were used to finance the referendum. The arrest warrant also fails to provide evidence to back up the allegation.

The Higher Regional Court is now requesting additional information from Spain. Puigdemont has been released from jail until a decision is made, but he is required to remain in Germany until further notice. If, however, Puigdemont is ultimately extradited to Spain, he can no longer be prosecuted on the rebellion charge in the country.

The Higher Regional Court's decision was overdue. In principle, the lower court in the city of Neumünster that originally considered the case could also have made the same ruling. The Higher Regional Court ruling was still too merciful with its treatment of the Spanish arrest warrant. Ultimately, though, the judges in Schleswig showed some guts. 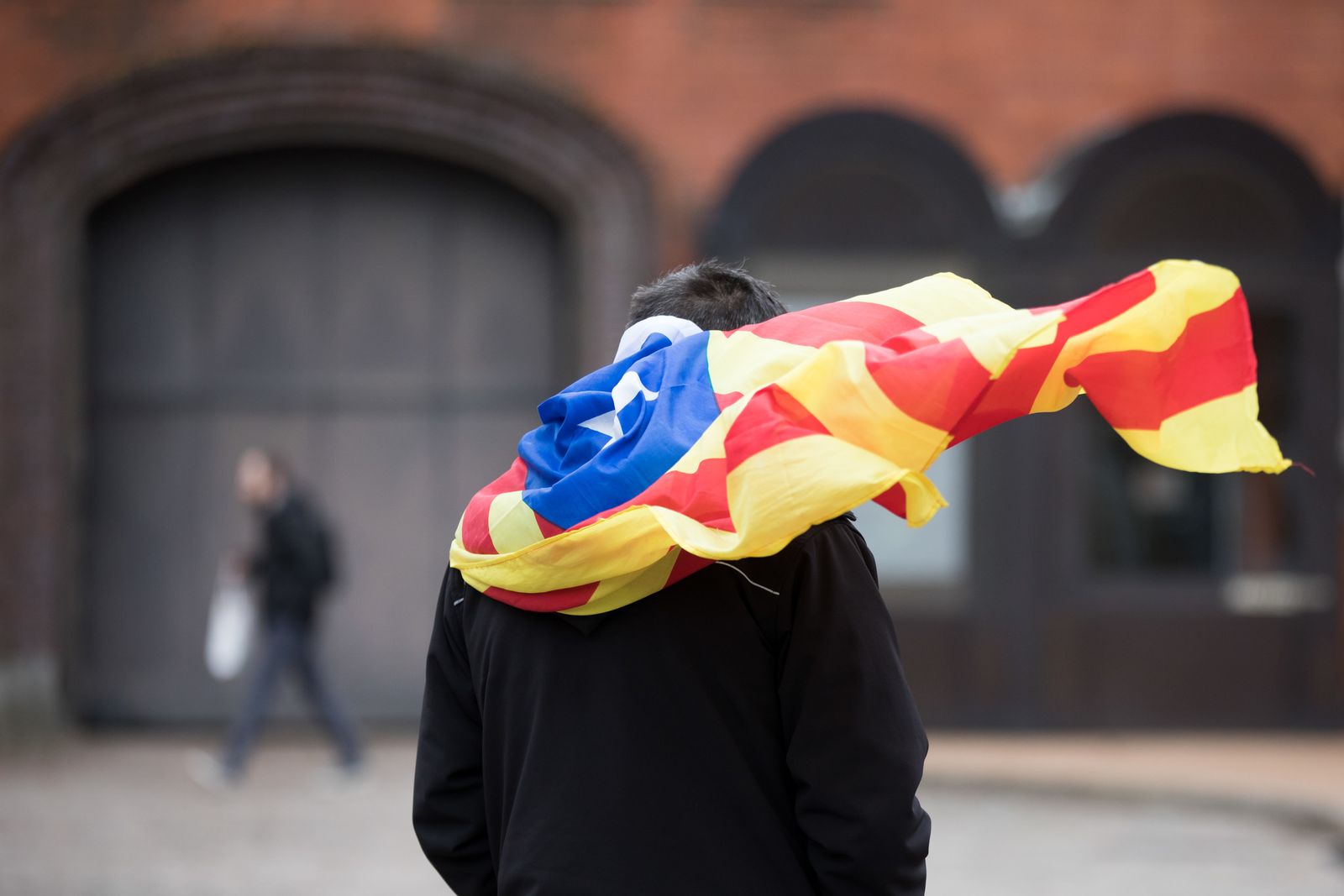 A Puigdemont supporter waves a Catalan independence flag at a jail in Neumünster.