The sound of a single champagne cork popping could be heard outside of Rome's imposing Justice Palace on Thursday. Paolo Graziano, 32, with wildly curly hair, took a deep swig out of the bottle and made a face. "A half-victory," he said, before passing the bottle around to friends. "So we're having cheap prosecco." Graziano then took another sip before sighing. "He's half saved himself yet again," he said.

He couldn't have put it much better. After dozens of trials, Silvio Berlusconi has been convicted for the first time in a legally binding ruling. Investigators worked for years in their pursuit of the former Italian leader. There were house and office searches because of alleged perjury, promotion of prostitution and bribery -- many of which ended because either the statute of limitations had expired, or he was protected by his lawyers or laws he had custom-tailored to his needs. In the end, though, a court convicted Berlusconi on tax evasion charges, even imposing a four-year prison sentence. But "Il Cavaliere," as Berlusconi is known, escaped with a black eye.

It was a strange ruling in a case that many had followed closely in Italy. With it comes the end of an at times tenacious, absurd and historic appeals process. The verdict had been delayed repeatedly since Tuesday, and it got delayed again on Thursday when the judges deliberated for six hours behind closed doors. In the end, few were likely pleased with the ruling.

As presiding Judge Antonio Esposito appeared at around 7:45 p.m. to read the short verdict between the marble columns of Brancaccio hall inside the Justice Palace, most of the journalists gathered didn't realize what had just happened. Italy's highest court upheld a sentence imposed against Berlusconi by a lower court, but referred a decision on a ban on the former prime minister from holding public office back to the Milan appeals court. That court is now expected to rule on the issue. If the high court in Rome had affirmed the lower court's four-year ban on Berlusconi holding public office, it would have been the end of his political career. At the moment, he still has the prospect of remaining in politics.

In a televised address two and half hours after the ruling, Berlusconi denied all guilt, saying he had never engaged in tax evasion or any other crime. "We must continue to fight and engage in politics," he said.

'Il Cavaliere' May Lose His Title

The court also rejected objections by the co-defendants in the trial on charges relating to tax evasion and slush funds at Berlusconi's Mediaset company. A few things swayed in Berlusconi's favor. Despite the sentence, the 76-year-old will not have to face any time in jail -- partly because he is over 70. And of the four years in his sentence, three have been removed because of an immunity law (one of the few he didn't actually push through parliament himself). That leaves just one year that Berlusconi can either complete with community service or, as is widely expected, through house arrest.

Although that may not sound tragic for a billionaire with an opulent apartment in Rome's city center, and villas near Milan and on the island of Sardinia, it still has the potential to dramatically alter a person's life -- particularly if that person is a politician. He could still attend party meetings, but he would have to get permission before leaving his home or speaking to the press from one of the very judges he so despises. And he wouldn't be able to hold any of the rallies he loves. "It would be hell for him," the Italian daily Republicca wrote.

Berlusconi will probably also have to give up his globally famous nickname, "Il Cavaliere." Berlusconi was once bestowed with the honor of the order of merit by an Italian president, but convicted criminals are not allowed to keep it.

Still, being banned from office would have been a far more severe punishment for Berlusconi, who remains a senator in Italy. He wouldn't have been allowed to run in new elections and would have lost his vote and his seat in the Senate. It would have been an extremely uncomfortable decision for the Italian coalition government, which is comprised of Berlusconi supporters and foes who have come together out of sheer necessity. For now, the decision has been delayed.

In that sense, even if the ruling is unobjectionable in a legal sense, it can still be described as a political one. It means the government, for which there appears to be no real alternative in Italy at the moment, is spared of a major test of its strength in the Senate. It also means that Berlusconi can continue to hold his office, as it is uncertain when the Milan court will rule on whether he should lose that privilege. Public prosecutors have already said they want to reduce their request for a ban on office from five to three years.

So Berlusconi will remain a part of Italian politics. He's already announced his latest plans, too. This autumn, he wants to revive his dissolved Forza Italia party. Berlusconi began his political career with the party, named after a football song, in 1994. With Thursday's ruling, he may still be in the game.

Residents of Rome who waited outside the court hold a similar view. "It's an Italian ruling," said a 57-year-old woman standing behind prosecco-drinking Graziano. "It will change nothing." She then shrugged her shoulders. "We will wake up tomorrow morning and Berlusconi will still be there." 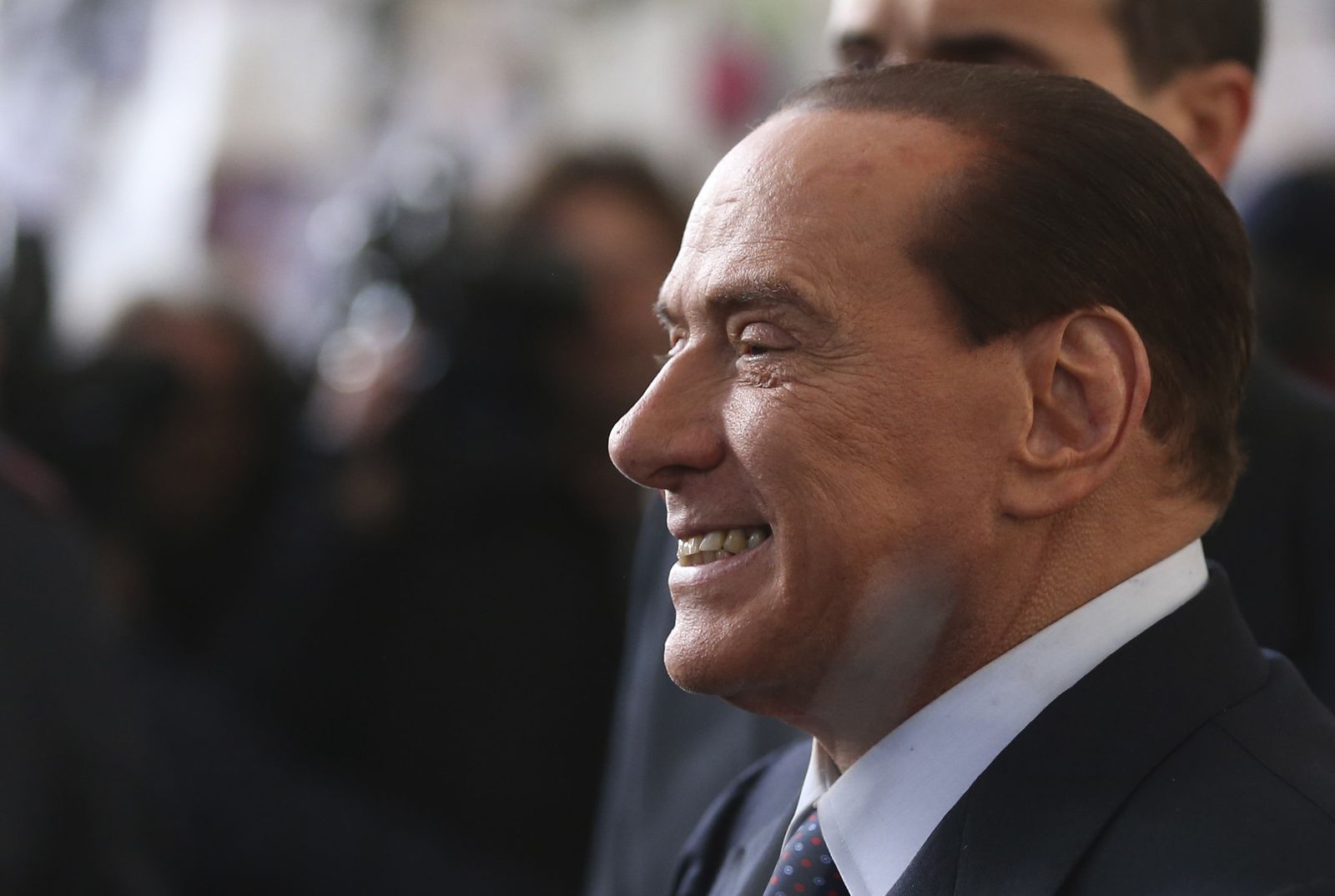