Ziehl-Abegg, a mid-sized specialist in ventilation technology based in the southwestern German town of Künzelsau, recently welcomed two new engineers from Portugal, and a third is on his way.

"We always take them under our wing," says company spokesman Rainer Grill. "Our employees take the new arrivals to soccer games or go bowling with them."

Attracting skilled foreigners -- and making them want to stay -- is crucial for the company and its 800 employees. "We need specialized mechanical engineers, and we always have positions to fill," Grill says.

As odd as it might sound, the euro crisis has been a boon to companies like Ziehl-Abegg, and the flood of qualified jobseekers fleeing mass unemployment and recession in Southern Europe shows no signs of abating. Indeed, in the first half of 2012, some 182,000 of them came to Germany -- a 35 percent rise over the same period in 2011. The number of Portuguese and Spaniards in the country has doubled over the last year, while the number of Greek immigrants has risen by 78 percent. There's also been an influx of Hungarians.

"It's great for Germany," says Herbert Brücker, an expert on migration at the Nuremberg-based Institute for Employment Research (IAB), the research arm of Germany's Federal Employment Agency. Some 50 to 70 percent of immigrants are university graduates, he explains, with much-sought-after degrees in scientific and technical subjects. However, Brücker also notes that there's plenty of demand for caregivers and nurses.

What's more, these new employees also have a positive multiplier on the German labor market: Every time an engineer is hired, a number of specialists and support staff are hired as well.

Media coverage of these hiring gaps has only heightened Germany's appeal as a job destination. After a Portuguese TV team reported on the trouble Ziehl-Abegg was having filling open positions, its personnel department was inundated with some 1,500 applications, mainly in Portuguese and English.

"It took us months to work through them all," says Grill.

Even after the hires were made, it took a while for the new foreign employees to fit in. "To begin with, our new Portuguese colleagues didn't speak a word of German," Grill explains. The company assigned an employee to help them get over bureaucratic hurdles and handle logistical issues, such as buying a car. Ziehl-Abegg also rents a building of apartments that it lets new employees use when they first arrive in town. "In the long run, they obviously have to find their own way, but they need a while to see what kind of apartment they can afford," says Grill.

Despite the difficulties, Grill is confident that the investment will pay off for the company. "We want our employees to feel comfortable here," he says. "If they don't, we will have wasted the cost of settling them in, and they'll disappear the minute someone offers them an extra €500 a month."

Indeed, Ziehl-Abegg isn't the only company benefiting from skilled workers from southern countries. In early December 2011, the Stuttgart Region Economic Developmetn Corporation (WRS) launched an initiative called "Aktion Nikolaus," with which it invited 100 Spanish engineers to a trade fair for medium-sized industrial companies. Of these Spanish engineers, 22 have already found jobs with small or medium-sized companies in the Stuttgart region, and another 11 elsewhere in Germany. "It was a major success," says WRS managing director Walter Rogg.

Although the initiative was planned as a one-off, Rogg is now hoping to make it a regular event. As he envisions it, the Spanish engineers will take a month-long language course followed by an internship in a company that would ideally go on to hire them.

The IAB's Herbert Brücker believes that net immigration to Germany could top 300,000 by the end of 2012 -- and that this is a good thing.

"Demographic change will hit us hard in 10 to 15 years," he says. "Before that happens, we need to have developed the potential of our labor force."

Still, Brücker doubts the current trend will continue. "We are in a unique situation right now," he says. "Almost all of Europe -- except for Germany -- is in crisis. But it won't stay like that." 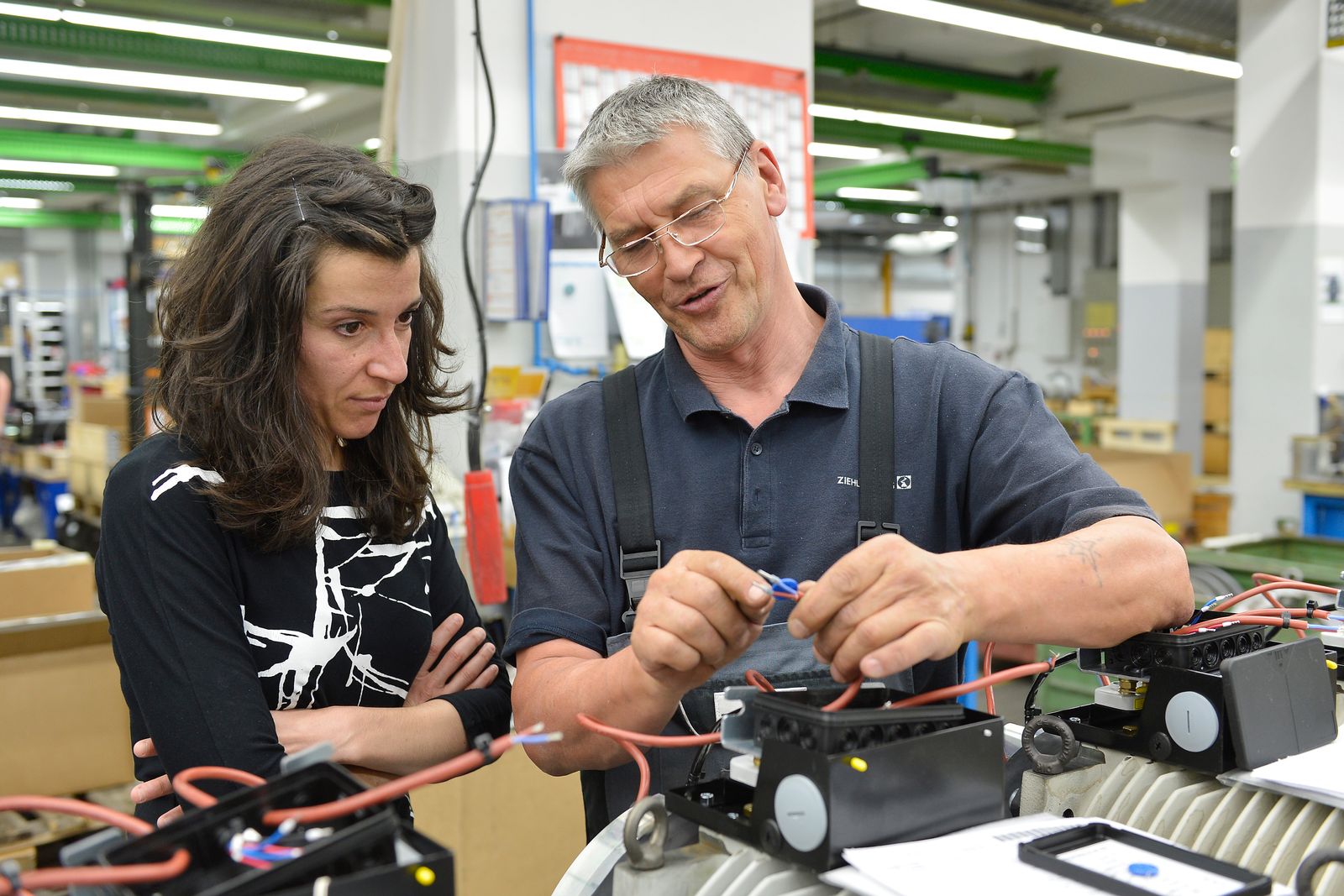 Ziehl-Abegg, a global leader in ventilation technology, is the sort of medium-sized company described as the pillar of the German economy -- but it stll struggles to find skilled workers.