His Eminence, Bishop Anthimos of Thessaloniki, 78, owes the government back-taxes. A two-page letter from the finance ministry rests on his desk, next to a stack of religious texts and images of saints, informing him that he has €1,350 ($1,740) to pay. And, incidentally, his monthly net income will be cut from €2,200 to €1,930.

The bishop is one of the most conservative spiritual leaders in Greece, notorious for his verbal attacks on Muslims, leftists and gays. He feels threatened by creditors who are preying upon his country; illegal immigrants, whom no one can control anymore; and by those who are picking a fight with his church -- intellectuals arguing that the clergy, too, can afford to make some sacrifices amid the crisis.

"We've been doing that for a long time," Athimos says.

For years, many Greeks have been resentful of the fact that the powerful Orthodox Church paid very little in taxes up until 2010. It receives considerable subsidies from the European Union, in addition to support from the Greek government. Salaries for priests and bishops cost taxpayers about €230 million per year. It wasn't until a few months ago that the government started trying to whittle that number down.

The many tax benefits the Church receives have not yet been totally dismantled, though. Unleased estates are still tax-free. And only since 2010 has there been a tax on income made from real estate. Before that, the Church was allowed to make considerable money off its numerous properties without paying a thing.

The Orthodox Church is said to be the second-largest property owner in Greece, although it is not known exactly how much land it actually holds. The country has no comprehensive land register. Experts estimate the holdings at more than 130,000 hectares (320,000 acres) of forest and arable land, in addition to real estate in every large Greek city.

Leftist member of parliament Grigorios Psarianos sees the real problem as the lack of a separation between church and state.

"In no other European country are the two so interconnected," he says. "Many politicians are dependent on the blessing of the clergy, and many priests insert themselves into politics."

History offers an insight into why that is. For centuries the Church was the guardian of the Greek identity, language and religion, particularly when the country was occupied by the Ottomans. Many landowners back then transferred their properties to the Church.

After Greek independence, the Orthodox faith became the dominant religion, with some 97 percent of all Greeks subscribing to it today. It is ubiquitous in public life: Pictures of Mary and Jesus hang in every school and parliamentarians take their oath of office in the presence of the Athens archbishop. That's why Psarianos sees Greece's crisis as a crisis of the Church, as well. The institution is no less vulnerable to corruption than the rest of society, he says.

Bishop Panteleimon of Attica, for example, was sentenced to six years in prison in 2008 for embezzling some €2.5 million in church assets in the 1990s. He justified it as a reserve fund for his old age. Another bishop allegedly maintained contacts to the drug-peddling mafia.

But the most spectacular scandal must be awarded to the case of the Vatopedi cloister on Mount Athos peninsula, a self-governing state in northern Greece home to 20 Orthodox monasteries. In late 2011, the then-Abbot Ephraim was arrested for fraud and embezzlement and placed under house arrest. With the help of some dubious characters, he allegedly traded a lesser-valued Vatopedi property for much more highly-valued property owned by the state.

The deal was said to have brought the cloister some €100 million. After the scandal first broke in 2008, a government spokesman and minister resigned and the conservative government of Prime Minister Kostas Karamanlis was forced to call new elections (which it lost).

The exposé on Vatopedi was a turning point, according to Psarianos, the leftist politician. An increasing number of Greeks began to see the Church as mutually responsible for the crisis. His party, the Democratic Left, which is part of the government, wants to create more separation of Church and state -- even if the larger coalition parties, the Socialists and the conservative New Democracy, don't see that as a priority.

For Bishop Athimos, Psarianos's proposition would constitute a satanic deed.

"There is a holy bond between the Greek people and their Church," he says. "No one should disrupt it." 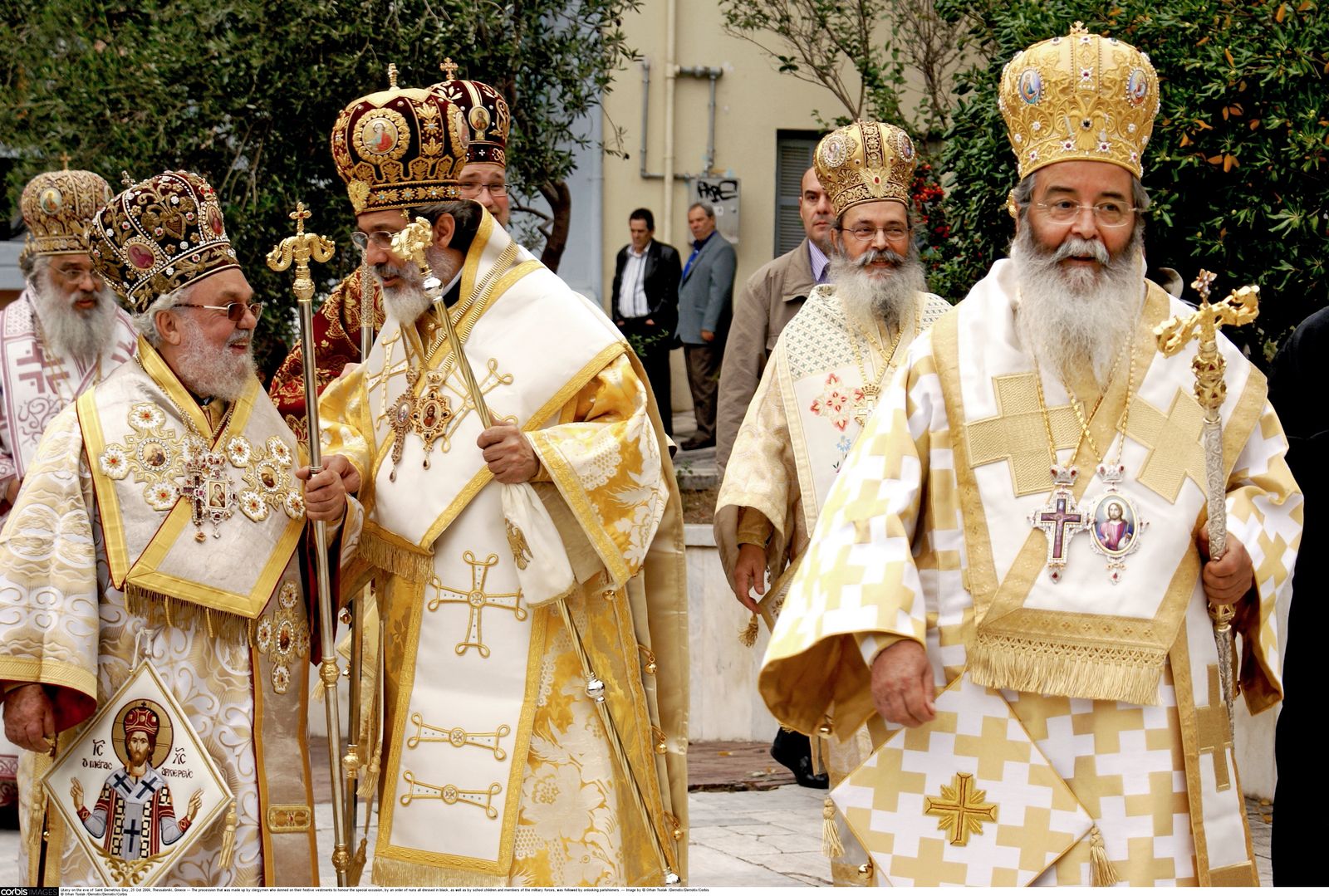 A procession of Greek clergymen in Thessaloniki: "A holy bond between the Greek people and their Church"